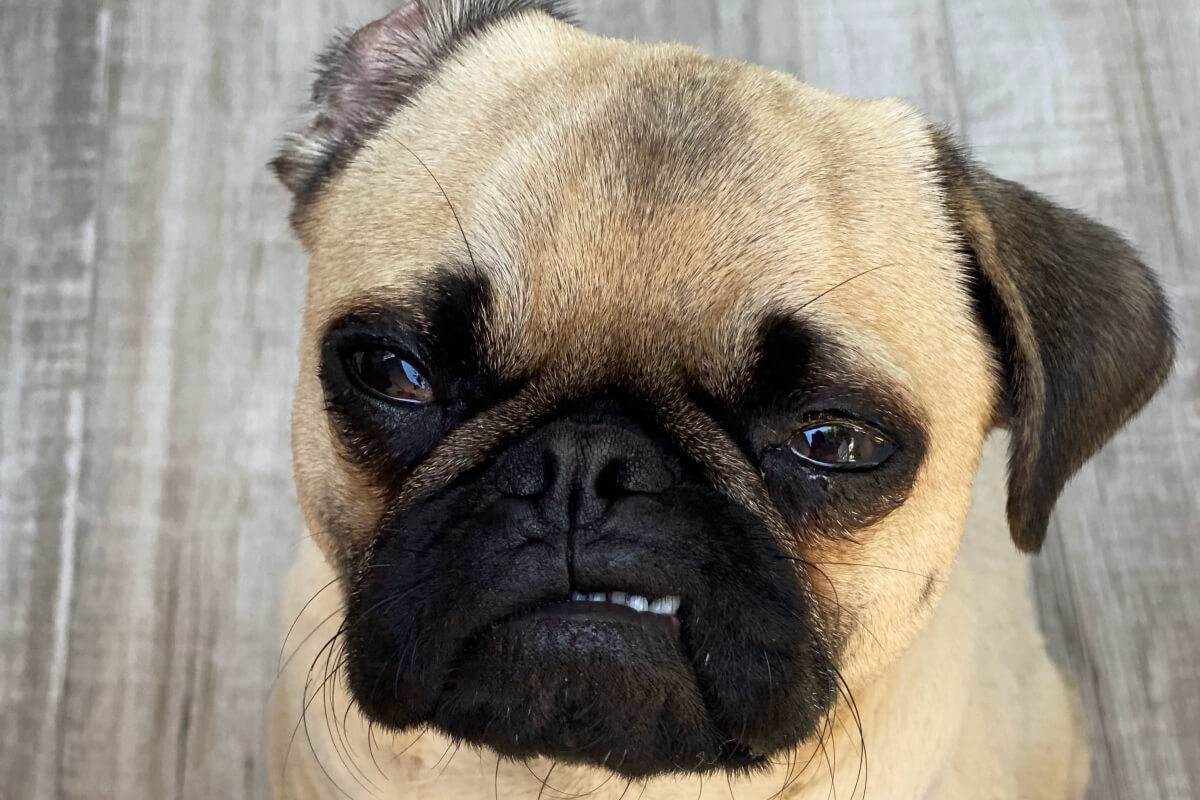 A dog becomes possessive of his owner because he thinks that his owner is his property. So by making your dog realizes that you are not his property, he will GIVE UP the idea of guarding “THIS” resource.

Sound simple right? But in reality, this is not easily accomplished.

In this particular post, I am going to teach you some useful little tricks which you can use to keep your dog from becoming too attached to you and from being jealous of other people or pets that you are interacting with.

What Happen When Your Dog Is Too Possessive Of You?

Your dog will start to treat you like a prized possession and will want you to be by his side at all times.

By sleeping in between your legs, he will be sure that you will never be out of his sight.

He will become jealous of you talking to other people or playing with other pets and will start to act aggressively towards anyone who pays too much attention to you.

Useful TRICKS To Stop Your Dog From Possessive

TRICK #1: (Make Him Know That You OWN All His Resource)

The first trick will be to give your dog an object that is very important to him and take it away from him if he starts to get possessive.

Give him the toy but do not let him have it for long periods of time. Instead, take it back from him when his playtime is over and only give it back to him on his NEXT playtime.

Dogs cannot understand the concept of “sharing”. For them, to give up their toys means that they are no longer in control and that they are losing their property.

Through this training, you are “telling” him that ALL of his “properties” belong to YOU and you are his Alpha. You are going to control his resources, and he is NOT supposed to guard them.

The second useful trick for dealing with a possessive dog is to hide your reactions to his possessiveness. Ignore him. Don’t talk to him. Don’t pet him. Don’t look at him.

When your dog starts to act possessive, simply walk away from him and ignore him. Don’t even acknowledge his behavior by saying anything at all. Soon, his possessiveness will go away on its own.

Sometimes it is hard to know when a dog is truly jealous.

Jealousy is an uncomfortable emotion for a dog. It makes him feel insecure. He wants to be sure you are paying attention to him and, if he can’t be certain of that, he will do whatever he can to draw your attention.

One of the ways he will do this is by acting jealous whenever another dog comes into your life. So, how do you tell if your dog is truly jealous?

He starts to show his possessive behavior. A jealous dog will not hesitate to lay claim to any part of his “territory”.

If another dog tries to come into his property where your dog feels he has exclusive rights to it, he will start to growl or snarl at the other animal, showing his possessive side.

Remember this: A jealous dog will do almost anything to keep his resource (which is YOU) from associating with other pet. He will even go as far as to kill the other animal if he has to.

So, if you suspect your dog might be jealous, and you think he will get aggressive with other pets, the best thing to do is simply avoid interacting with other pets until he has been socialized and trained.

TRICK #3: (Use Of Authoritative Tone)

The third useful trick for handling a possessive dog is to use an “authoritative” tone when you are talking to your dog. This is on assumption that you have completed the obedience training for him.

Raise your voice slightly and say commands (in a CALM and FIRM tone) such as “No”, “Down”, “Freeze”, “Heel” or whatever other command you are using to stop his possessive behavior.

By saying these commands in a calm and firm but not angry tone, your dog will know that you mean what you say.

In other words, he will be more likely to listen and obey your commands. So, when you use an authoritative tone, you are in fact gaining immediate compliance from him because he will recognize your authority.

On the other hand, if you speak in a soft and gentle voice, your dog will be much less likely to respond to your commands. He will interpret your command as an indication that what you are saying is somehow NOT important to him.

These three simple techniques will work like magic on any dog that is a “Possessive” by nature. However, if you have a particularly stubborn dog, you may have to use a different technique.

But, even then, these three basic techniques will still work in most cases for dealing with the common problems of pet ownership.

When your dog is left alone for a long period of time, he may start to feel nervous and suffer from separation anxiety. This disorder can “turn on” his possessive behavior as he wants you to be with him at all time.

This can happen when your dog has formed an attachment to you, and you cannot be present whenever he wants to be comforted.

In this case, your dog will begin to have anxiety attacks whenever you are gone! There are many ways to help your dog overcome this problem.

One way is to try to calm him down and divert his attention to something such as his favorite chewing toys to keep his mind occupied.

When he had calmed down, you should then praise and reward him for his GOOD behavior. Over time, this positive reinforcement will make him associate calmness with a rewarding experience.

Keep in mind that you should never scold your dog when he has a separation anxiety attack as that could make him get fearful of you and worsen the situation.

Another method is to make your dog spend a few minutes alone each day (start slowly). This will not only make it easier for him to get used to being alone, but it will also teach him that being alone is not necessarily terrifying or dangerous.

After a week or so, you can begin to give your dog longer periods of time without you. This should be done one step at a time.

Remember: You must do this very gradually! Do not suddenly leave your dog alone for hours or even a full day. This could cause panic and anxiety attacks in your dog. Give him time to get used to the idea.

Another thing you can do is make sure your dog has plenty of exercise and playtime daily. This will help him burn off some of his excess energy and keep him from developing any undesirable behavioral patterns that will cause him problems later in life.

Be Your Dog’s Alpha

Dogs are animals that have a pack mentality. They are social creatures that need to follow a leader. If they don’t have a leader, they will be lost and confused. When they are confused, they will get aggressive and turn possessive.

This is certainly not the kind of pet that you hope to have in your home.

Your dog need a strong and fearless leader (That leader must be you!) who is always there for him and safeguard his resources. That would make him give up his intention of becoming the pack leader and be submissive.

Once your dog sees you as his Alpha, you would no longer be his “property” that he needs to safeguard. In fact, he will consider the task of resource guarding to be your responsibility as the role of his pack leader.

He would also be more willing to listen and obey your instructions and follow what are the do and don’t (house rules and boundaries) that you have lay out for him.

When To Reward Your Dog For NOT Being Possessive?

Rewarding is a subject that is often misunderstood and frequently misused.

Therefore, what you are giving as a reward must have been EARNED! This is the most important point to remember when using this technique.

What your dog has to do before you can give him a reward will make him learn to associate the act of doing what you want him to do with getting something he wants.

So if your dog is acting aggressive to another dog because of his possessive behavior, you should NOT give him any reward in an attempt to calm him down as he will perceive that as your encouragement that he is doing the RIGHT things.

You should divert his attention and make him calm down. When he is no longer in aggressive mode, offer him a reward as a reinforcement for his calmness.

And of course, the rewards can come in various types such as:

Treats: These are things that you give your dog as a reward for doing something good. They can be anything that is both edible and desirable to your dog. Examples include small pieces of cheese, chicken breast, hot dogs, carrots or raisins.

Praise: Praise is what you give your dog when he does something right. It can be any kind of praise; it can be verbal, it can be physical (like petting his chest), or it can be a combination of both.

As you can see, there are many ways to deal with a possessive dog.

Possessiveness in a dog is usually nothing more than a bad habit that your dog will outgrow once he realizes that he will never be able to keep what he takes and will have to give up despite showing his anger.

Give your dog the opportunity to experience new things and socialize with new people, dogs, and pets. Doing so will help him become more confident and comfortable with his surroundings.