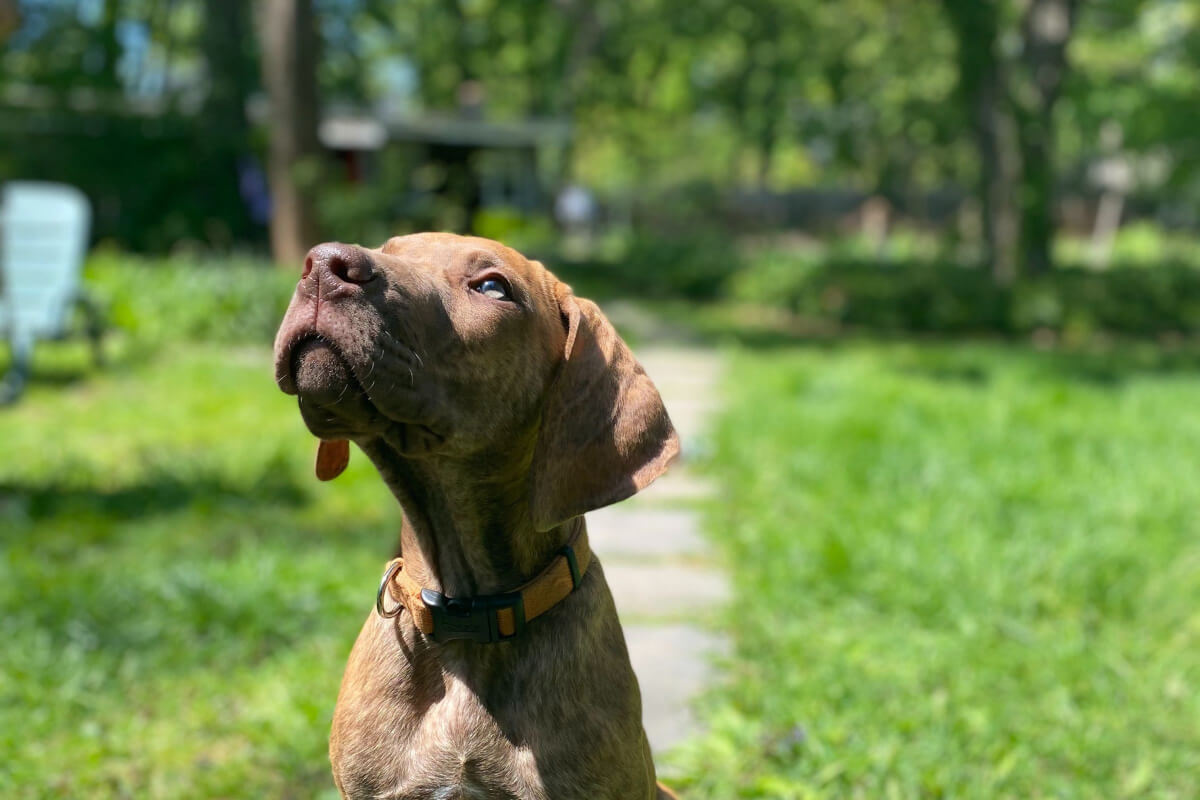 A dog who thinks he is the leader can cause many behavior problems. Your dog might challenge your leadership, and could even turn aggressive.

Thus, it’s important that you demonstrate your Alpha role to your dog when he joins to be part of your family member. Certainly, you would want him to be obedient and follow your guidance.

Establish Yourself As Alpha Leader Of The Pack

One of the best ways to become your dog’s pack leader is to control his resources. Start with when and where your dog will be eating. He should always wait for you to finish your meal before he gets his food. Also, control when and where he will be sleeping as well as playing or exercising.

Proper Way Of Greeting Your Dog

Always reach out to your dog by calling his name. This helps to establish your dominance and ensures that your dog recognizes you as his Alpha.

In addition to address him by his name, be sure to make eye contact with him. Be consistent in this approach and you could reap success in making him submissive.

Reward Him For Good Behavior

To further reinforce your position as pack leader, ensure that you reward your dog when he follows your commands. Always use a treat or praise to motivate him.

Never punish your dog for doing something wrong. When you get into an aggressive mode, this behavior will only serve to reinforce his fear and anxiety.

Dogs are very social animals and need to have their needs met in order to feel fulfilled. And by rewarding him for his good behavior, you are creating a positive experience for him to feel happy and comfortable with you. (Just as he would like to be with his pack leader who will protect and care for him).

One of the main roles of Alpha is to control his pack members. The pack leader will decide on when to give his affection and attention to his subordinates. You should reinforce this behavior to your dog as well to make him see you as a pack leader.

As an example, ignore your dog attention-seeking behavior for a few minutes (no longer than five minutes) when you first arrive home. He may start to jump on you the moment you open the door. Ignore him until he calms down.

If he barks, wait for a few minutes and then reach out to him after he has calmed down. This way, he will learn that by barking he doesn’t get any attention. I know this sounds mean, but it’s not. The alpha dog in a pack tells off his pack member if they misbehave.

Be Calm And Confident

A pack leader should demonstrate confidence and firm authority and this is what you should exhibit to your dog. Never show him that you are nervous or excited in any situation.

To establish yourself as pack leader, you will have to define the ownership of your territory. This is to avoid your dog from assuming the role as Alpha and make your home his home!

Make sure he knows where he should play, sleep and eat and do not allow him to stand over you.

He should strictly adhere to your house rules and follow the routine that you had set up for him.

In the dog’s world, an Alpha dog would eat first followed by his subordinates.

To assume this Alpha role, make sure that your dog sees that you eat first before you give him his food. And in the case that your dog “begging” you for food, do not give in and ignore his begging.

This may sound “cruel” but in the wild, that’s what a pack leader would do to prevent the pack member from challenging his authority.

There will be instances where he wants your food when you are eating and places his paws on the dining table.

Simply ignore him and do not feed him.

He will stop whining and begging in time when he learns that this “trick” doesn’t work.

If your dog attempts to stop you from touching or collecting back his toys, this is a sign of possessive dominance.

You need to correct his behavior and let him know that you are his “Boss” and you will decide on when he would be playing with his toy.

What you can do is to distract his attention and take back the toy and put it away for the day. He will learn that by “protecting” his toy, he will not be getting any toy.

Never Let Him Pull The Leash

It is inevitable that you would have to put your dog on a leash while you bring him out for a walk or potty.

Do not let him lead you on the walk as this will make him believe that he is the Alpha and would attempt to take the lead in other aspects of life.

Make him walk behind you or stay beside you and occasionally, use the obedience commands to make him sit, stay and heel. This is to train his obedient and let him know that he should listen to you.

Your dog should never be allowed to go out the door before you. The alpha leader of the pack (which is YOU) should always exit first.

As a subordinate, your dog should remain in a “sit” position when the door is opened and look upon you (his pack leader) for guidance and direction.  Only when you give him the command “go”, he should then follow behind you to exit the door.

If you find your dog dashing out the moment the door is opened, make him know that by doing this, there will be no more outdoor activities for him. (You can stop bringing him out for that day).

This will make him associate with the negative experience and would look for you on guidance whenever the door is opened.

Do Not Allow Your Dog To Be Of Higher Ground

Never allow your dog to be of higher position than you as this will make him assume to be an Alpha dog.

If your dog has the habit of sitting on the couch and looking down on you, you should stop this behavior immediately as this will make him feel dominant and regard you as his pack member.

Make Your Dog Earn His Reward

Your dog should learn that rewards do not come when he wants it. It had to be earned. If your dog gets what he wants when he asks for it, he will be getting very demanding and uncontrollable. This is certainly not what a pack member should behave.

Let him know that as a pack member, he would need to do something that makes you (his Pack Leader) feel good before he gets a reward. This could be as simple as following your command to “sit” or “come”.

The idea is to let him know that he has to do something for his Alpha Dog before he is rewarded.

You should make the call as to when and how long your dog’s playtime will be. This includes the types of games as well as the location of his playground.

Never let your dog “tell” you when you should start or stop the games. To demonstrate your Alpha role, you should initiate the start of the games and set the rules and your dog (as a subordinate) should follow through.

If you find your dog misbehaving himself and not listening to you, stop the game immediately, pay no attention to him and leave the place.

This will make your dog know that by not following the rules, the game is over!

Is Your Dog Blocking Your Path?

Did you ever encounter the situation when your dog is blocking your pathway and you have to detour your way?

This is often a sign of a dominant dog and you should make your dog get up and move away rather than having to do a detour.

If you simply let your dog behave in this manner, he would soon learn to be dominant in your home and will challenge your leadership as a pack leader.

Show Him Your Love

Establishing your relationship with your dog starts with showing him your love and affection. This can be done through spending more time interacting (playing games) with him and make him feel that you are trustworthy.

When your dog gets comfortable and feels secure to be with you, he would be more likely willing to follow your guidance and be your pack member.

To build on this trust, remember to praise and reward him for his good behavior and to correct any of his bad behavior using a positive reinforcement approach.

Do Not Allow Growling

There should be no growling at pack leader (who is YOU!). When your dog attempts to bark or growls, he is trying to challenge your authority and “force” you to do what he wants.

If your dog is barking for your attention, food or toys, simply say “No” and show him displeasure in your face. You need to let him know that you are the boss!

Dogs are good at observing your emotion and by displaying unpleasant expressions, you are telling him that you are unhappy with his behavior.

Do not give in to his barking else he would assume that he is the Alpha and you are taking orders from him!

There you go, keep these pointers in mind when you are training your dog to acknowledge you as his Alpha and that you are in charge.

And once your dog starts to bow his head to you, you know you have accomplished the mission!

Or if you find that your dog likes to follow you and not your husband, you have successfully established yourself as his Alpha, someone that he trusts and likes to be with.