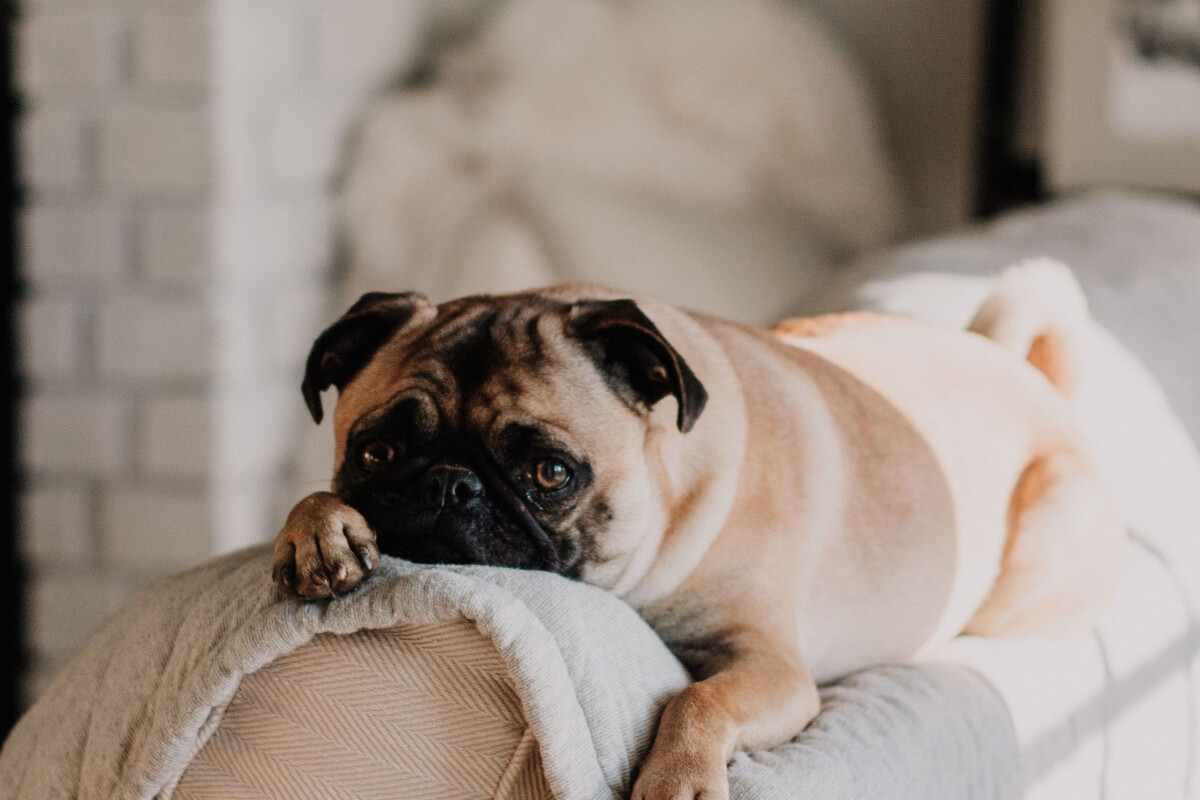 Your dog may sneeze for various reasons, such as when his nose is blocked or irritated, when he gets a cold or infection, when he inhales smoke, dust or an allergen such as pollen that triggers his allergies. He could also sneeze as a result of over excitement or medical issues such as neurological disorder.

The sneezing reaction is caused by the irritation of the lining of the nasal cavity. Understanding what’s causing this irritation will help you to address the triggering causes.

Your dog’s sneezing is a clear indication that his body is trying to tell you he is not feeling well.

The same is true with people. When they sneeze it is usually for a good reason and when they continually “sneeze” a lot, there is a chance that they have a cold, flu or even worse, an infection.

If you start to see more than just a few sniffles begin to look for other sign such as congestion, lethargy, or a runny nose.

If there is yellowish discharge from the nose, it’s a sign that your dog has a bacterial infection. The discharge can start out green or yellow before turning white and watery.

You could also see him blowing snot bubbles as he breathes.

It’s very likely that your dog will lick at his nose and swallow some discharge, which can lead to stomach upset.

So if the discharge is especially foul smelling or yellowish, bring your pet to see a veterinarian immediately.

The vet will examine your dog’s eyes, nose and mouth, and perform a blood test to determine if he has an infection. Your vet will also be able to rule out other possible causes for the discharge, such as other diseases.

Once the vet has confirmed that the discharge is the result of an infection, he or she may prescribe antibiotics, depending on the cause of the infection.

These treatments can help reduce the amount of discharge and make your dog more comfortable.

Your dog’s sneezing is his reaction to something that he had inhaled (either a pollen particle or an irritant such as dust or smoke). His nose and eyes may become irritated, turned red, puffy, and starts to itch.

He may also develop a rash and a slight fever. If he’s been scratching or licking his nose, he’ll probably have red, irritated marks on his nose as well.

Here’s what you should do:

Put one or two drops of tea tree oil in a teaspoon of carrier oil, such as olive oil or almond oil. Wipe your dog’s nose with a cotton ball saturated with the tea tree oil blend. This works amazing well to ease the itchiness and provide instant comfort for your dog.

You can also apply coconut oil to your dog’s nose if it is getting dry and irritated. Use a cotton ball to apply the oil. Allow it to stay on your dog’s nose for several minutes before washing it off.

Coconut oil is extremely rich and moisturizes your dog’s skin well. It is also very soothing and helps reduce the itching and irritation.

The next thing you should do is to clean the environment in which your dog lives. This includes washing the bedding and linens in hot water with a small amount of liquid soap and then drying them in the dryer on low heat.

You should also clean the furniture (using a vacuum cleaner) to remove the dust that your dog’s allergens live in.

Your dog can also get sick from something as simple as the common cold.

Just like when you get a cold or flu, you will typically keep sneezing and has a runny nose, sore throat, a cough or even a fever. Your dog can also get the common cold. He will be having persistent sneezing and a runny nose.

A loss of smell greatly reduces the quality of life for your dog. He will no longer be able to enjoy the scents of the outside world and will be locked in a world of darkness.

So it’s very important to keep your dog’s sense of smell sharp. If your dog has a runny nose, you can give the following remedies a try.

Chicken broth works as a great home remedy for treating the flu as it is rich in vitamins and minerals, and it can help to suppress the virus and helps your dog to boost his immune system.

To prepare this soup, you would need 1 kg of chicken bones, 5 liters of water and 50ml of apple cider vinegar.

Place the bones in a stove pot and pour sufficient water to cover the bones. Then add in the vinegar and let the mixture cook over low heat for 3 hours.

Once the broth is ready, remove the bones, and you can keep the broth in the fridge for future use once it had cooled down.

Of course, the best thing you can do to help him is get him checked out by a veterinarian. If the problem is more serious, a veterinarian can prescribe medication to fix it.

Because Of Blocked Nose?

Dog sneezes when he has a blocked nose. If there is something that get stuck in your dog’s nose, he may be sneezing continuously.

He may have a grass blade or other small object that is irritating his nasal passages. To remove the irritant, use a pair of tweezers or your fingers to gently pull out the offending object. Be careful not to damage your dog’s nasal passages.

If necessary, rinse out his nose with a damp cloth. Be very gentle because you don’t want to further irritate his already inflamed nasal passages.

Apply a cold compress or an ice pack to your dog’s face for 10-minutes to reduce the swelling and discomfort.

Allow him to stand and walk around for a while after this treatment. This will help open up his nasal passages.

Trigger By Over Excitment?

This is often known as “play sneezing“. Your dog is likely to sneeze during his moments of excitement, such as when he is about to play, when he sees you or when he hears the squeaking sound of a toy.

While your dog is playing, you could hear a sneeze when he is about to catch his toy. You may also see him sneezing after a game of fetch or tug-of-war.

This is usually harmless, and it is not indicative of any disease.

Beside “play sneezing”, dogs also tend to sneeze more during rainy days when they get wet or when their nasal passages are dry.

While some dogs are more prone to sneezing than others, all breeds can suffer from occasional bouts of sneezing.

That said, Brachycephalic breeds such as Poodles, Pugs, Shih Tzu, Bulldogs and Terriers are often associated with a greater risk of sneezing.

Sneezing is a natural response to irritants that your dog’s body had identified and trying to “expel” them. Just keep an eye on him and make sure he’s not getting a cold or anything else that might be serious.

The first thing to do when you notice your dog is sneezing is to check for any nasal discharge.

The reason for this is that depending on the color and the amount of discharge, it can indicate if your dog has a cold, allergies, an infection, or something more serious.

So, if you want to make sure that you know what is going on with your dog, you need to learn to read their nasal discharge.

HOWEVER, If you notice your dog sneezing EXCESSIVELY, you should bring him to see a veterinarian ASAP!