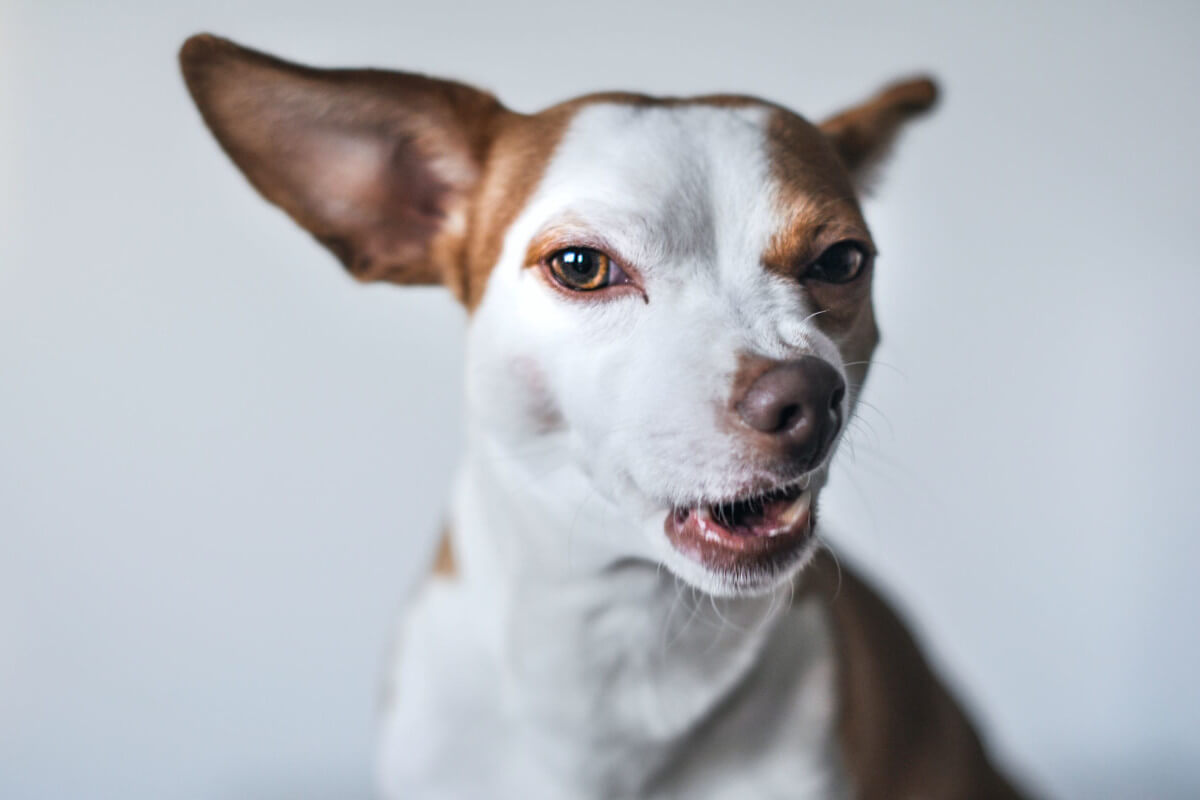 The Chihuahua, while cute, can also be a little scary at times. This is why people often describe them as a small but mean dog.

As small as they may be, Chihuahuas have a reputation for being extremely aggressive, and tend to act like a bully (alpha dog) in order to get their way and defend themselves.

It makes you wonder if that behavior is the result of the natural tendency of this breed of dog or does it result from a learned behavior?

Here is a post that is going to tell us more about the topic.

Chihuahuas who seem aggressive probably lack obedience training. They can also act violently because of emotional distress, feeling neglected, and jealousy. The fear of the unknown makes them hostile toward people. It is possible for mood swings (due to menstrual periods) to cause angry behavior.

There’s a chance that your Chihuahua is always angry because he has not been through any obedience training or socialization.

When it comes to dogs, training is crucial, especially if you want them to be polite and well-behaved.

You are more likely to get your dog’s respect and make him see you as his pack leader by training him in the right way.

This can be done through socializing him with other dogs and people from a young age and teaching him to obey you and to do what you tell him.

Your dog needs to know what he’s supposed to do in certain situations, so that he can react appropriately to them.

There is a need for him to learn how to interact with other dogs. That means letting him meet other dogs around the park so that he gets used to being around them.

He should be encouraged to wiggle with them, play fighting with them, smell them and lick them.

By doing this, he’ll realize that these dogs can be his closest companions.

Also, make him know that you are the one who will provide for his basic needs, and he is dependent on you. He will then start respecting you and obeying your commands.

Training a dog is a long process and your Chihuahua will need your guidance and attention every day, but it will pay off in the end.

Dogs Who Suffer from Depression May Become Aggressive

Your Chihuahua can be depressed for a variety of reasons, such as moving to a new home, separation anxiety, hormonal changes, and seeing a new family member or pet in the house.

These factors can trigger his emotional distress and, not to mention aging-related anxiety as well.

Keep in mind that if your dog is always bad-tempered, he is likely to be an anxious dog.

He may easily be agitated when experiencing periods of depression or sorrow, which can cause him to become hostile.

When it comes to depression in dogs, it is similar to what it is in humans. Symptoms include losing interest in the things that they used to enjoy, appetite loss, and insomnia.

Additionally, some dogs may exhibit aggression, such as unusual howling or barking.

However, you can prevent your Chihuahuas from falling into depression by taking certain measures.

You should devote more time to him, take him out every day for a walk, play games with him, and pet him.

There is nothing more important than helping him to feel that you are always there for him.

He Is Annoyed That You Are Neglecting Him

While it might appear that your chihuahua is independent, there are times when he will crave your love and attention.

Chihuahuas can be a bit demanding when they want your attention.They’ll act angry to catch your gaze.

This is often the case when there is too much pent-up energy in his body and there is no outlet for him to release that excessive energy.

And when your Chihuahua gets bored and there is nothing to keep him occupied, he will want to get your attention by acting out.

Just like if you are neglecting your toddler, he will cry just to get your attention, but for dogs, they will start to whine or show their dissatisfaction by behaving out of character.

What you should do is to plan some physical and mental simulation exercises for your Chihuahua to keep his energy in check.

As long as there are activities to keep him busy, he will be less likely to act up.

Physical games such as fetching and tug-of-war will not only help to exercise his muscles but keep his energy under control.

It is important to ensure that your Chihuahua has chewing toys that are durable and large enough for him to enjoy playing with.

You should choose toys that are designed to stimulate his mind and engage his attention.

By keeping your dog active through physical and mental stimulation, that will distract his attention from you.

Fear and Uncertainty Made Him Act in an Aggressive Manner

Dogs are always on the alert when they sense danger or threat near them.

However, being persistently on guard when there isn’t any risk of danger can change their behavior.

As a result, they’ll get aggressive or hostile to anyone coming near them.

This is especially true for small dog breeds such as Chihuahuas who are always feeling vulnerable.

There’s nothing they feel safe about, and everything is a threat to them. Because of this, your Chihuahua is forced to show his anger in order to frighten off other dogs or people that he considers to be a threat to him.

You’ll need to find ways to alleviate his fear and anxiety so that he stops being aggressive.

And one of the best ways is to create an environment that he will feel safe and secure in. This can be achieved through providing a safe space for him to be in, such as getting him a crate.

Crate is often seen as a den for a dog once he is crate trained.

He is Jealous That You Are Giving Someone Your Attention

This is often the case where your Chihuahua is being possessive of you.

You will often find that your Chihuahua will always get angry if anyone comes to your house or if he sees you talking to someone at the mall or in the park.

He considers YOU as his property and wants to guard this “resource”.

What you need to do is to let him know that you own all the resources, and he is dependent on you for a living.

Just like an Alpha who provides all the basic needs for his pack members, you will have to make him see you as his pack leader and be submissive to you in order to meet his needs.

Swing in Mood During a Period (Female Chihuahua)

Female dogs go through menstrual cycles at different intervals depending on the breed, but in general they get menstruated twice per year, which is once every six months.

If you have a female Chihuahua, her mood swings (turn aggressive) could be due to her menstruation cycle. She will be back to her usual self once her menstrual cycle is over.

How to tell if your dog is on her period?

Your dog will display physical and behavioral signs when she is ovulating. Her symptoms typically include frequent urination, a bloody discharge, and a puffy vulva.

How do you handle your dog when she is on her period?

If your dog is acting aggressively during her period, it is important to know what you can do to calm her down.

The following are some things that you can do to help your dog while she is on her period: