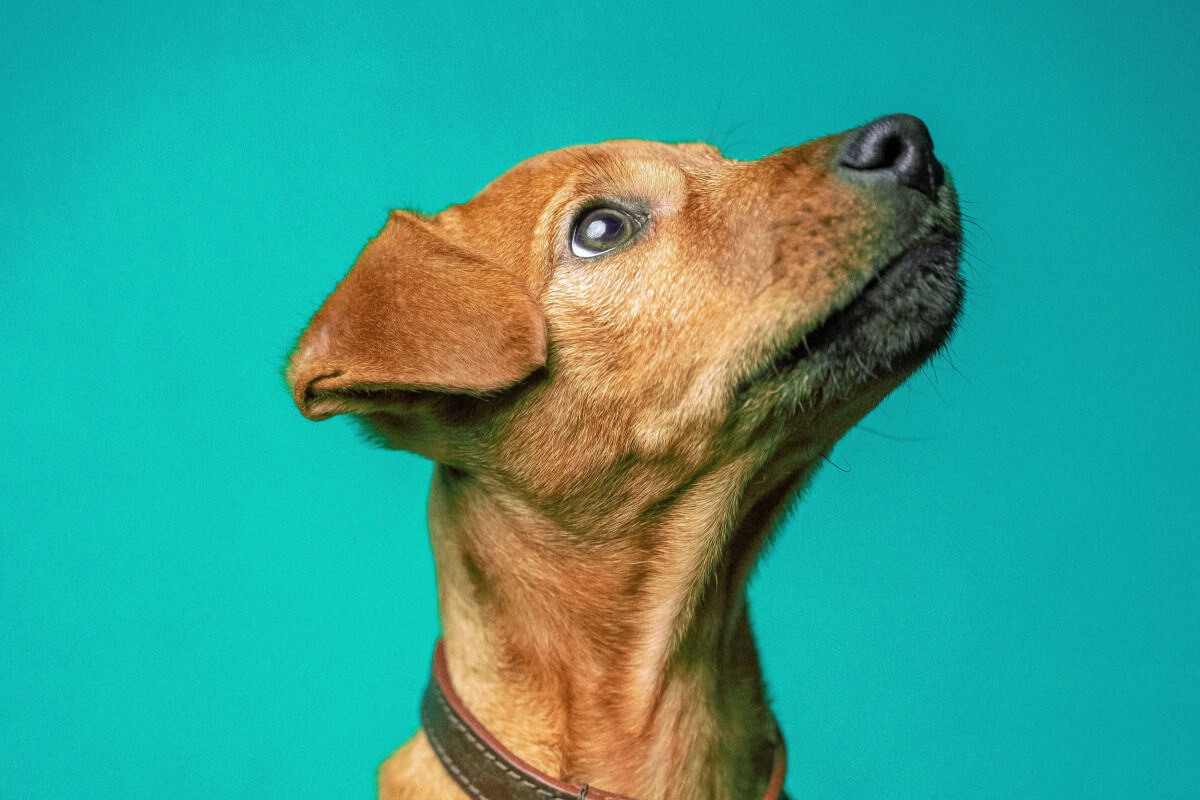 If you are hoping to have a well-behaved dog, you will have to let him know that you are the one who is making the call.

Don’t ever expect your dog to figure this out on his own. He is not capable of such self-awareness.

You are the one who has to take control and show your dog who is his boss.

How do you let your dog know you are the leader?

Let your dog know that you are in charge by exercising your authority over him. Ensure you go through any door first, take the lead during a walk, and eat before him. Set the rules and boundaries for him to follow and be consistent in your expectations and actions. Be sure to take care of his food and shelter.

You see, in the wild, dogs look upon their pack leader as the one that can lead them, provide them with direction, protect them from threat and take care of their basic needs, such as shelter and food.

So, this is what you would need to do if you want your dog to acknowledge you as his Alpha.

Show Him Your Leadership

This can be done by exercising authority over your dog whenever you can, in particular during the training.

If you are going past a door, you SHOULD always go first and your dog should remain in a sitting position till you give him the release command.

If he starts to take a lead, you should simply tell him “No” in a firm and calm voice and give him a gentle but firm pull on the leash.

This will teach your dog that following your lead is the way he should do it.

The same goes when you take him for a walk. Always make sure that he doesn’t walk in front of you (as that is a sign of dominance).

Keep him by your side or have him follow behind you.

The same goes for eating as well. He should not eat before you do and make him learn that he should not interrupt your meal.

Make him sit down obediently beside you when you are eating your meal and only offer him his meal when you are done with your food.

This is what an alpha would do in the wild.

He will eat first before his pack members. Then, he will let them eat in their turn before they are done with their meal.

Who Should GIVE The Way?

If your dog is blocking your way, you SHOULD make him get up and give you the way.

This teaches him that you are the leader, and you deserve the right of way.

Never give way to your pet as that will make him believe that he is the “BOSS” of the house and will create a “dominant” relationship which can lead to trouble.

You MUST make him understand who is the boss in this house.

That’s what dominance is all about, having the ability to dictate terms or to control someone or something else.

Territory ownership plays an important role in establishing your position as an Alpha.

It makes your dog learn that you own all his “spaces” and he will respect your authority when you ask him to do what you want.

The most obvious way is to let your dog know what he can do and cannot do in your home.

That is, he needs to know and adhere to your house rules.

This is one of the major responsibilities you have as a dog owner.

You see, if your dog does not know the rules, he may very well break them!

For example, if you see your dog sitting on your bed, you should make it clear to him that this is not allowed and correct him immediately!

This is because when your dog is on the same “level” as you are in bed, you are in fact elevating his status and lowering yours.

He will see himself as your Alpha and will try to act dominant over you, which is certainly not what you want at all!

So avoid situations where both of you are on the same level, such as on the bed, couch or floor.

You want to be the one who’s in charge, right?

Just verbally stop your dog whenever he is doing something you do not want him to do.

Don’t scold him. Instead, calmly but firmly say “No!” in a pleasant tone of voice and then immediately correct him.

Make sure that you correct any of his undesirable behaviors that could potentially make him feel that he is your leader.

This also includes NOT giving him the attention that he is seeking for if you find him jumping at you for your attention.

You see, in the wild, it is the pack leader who will decide who he will want to “talk” to and not the other way round.

So, you should not give your dog attention just because he wants it, as this will make him feel that he is making the call.

You should wait till he calms down, then give him the attention he seeks for.

This will help him learn that he must earn your attention by being submissive.

Do not give in to your dog’s demands. You are the pack leader, and you should set the rules.

Be Consistent In Your Action

To be a pack leader, you have to be consistent in your actions and expectations.

This will not confuse your dog or cause him to question your leadership.

One of the main reasons dogs do not respond well to a pack leader is that they get confused by inconsistent behavior from the leader.

For example, if you do not allow your dog to sit on the couch, this should be made known to all your family members so that they adhere to your “no-couch” rule for your dog.

If any of them did not follow this rule, and allow your dog to sit on the couch freely, he would be confused.

He will probably begin to wonder if it is fine to sit on the couch with you.

What does this tell your dog?

He will feel that you do not mean what you say and that you are inconsistent.

You are going to lose his trust in you, and he will begin to question whether or not he can rely on you.

This will make him want to assume the role of pack leader to lead the pack and show everyone what a great leader he is!

A good way to avoid this situation is to make your rules known to all those (family, friends, etc.) who are close to you and your dog.

Once you have made your expectations known to them, it will be much easier to be a consistent pack leader.

Remember, consistency is the key to leadership.

It will remove all doubts from your dog’s mind and give him full confidence in you as his leader.

Provide Him His Basic Need

This is probably the most important task for a pack leader, which is to provide shelter and food for his pack members.

So, to make your dog see you as his alpha, you must first make sure he is well-fed and sheltered.

Plan a routine schedule for him so that he knows when and where he will be fed, play and sleep.

Let him know that you are the one who is in charge of providing all these needs for him.

You will control what kinds of food he will be eating, what types of toys he will be playing with and how long he will be sleeping.

This way, he will see you as his alpha and will do whatever you say without question.

In return, you will get the loyalty and obedience from him that comes only from true alpha-dog status.