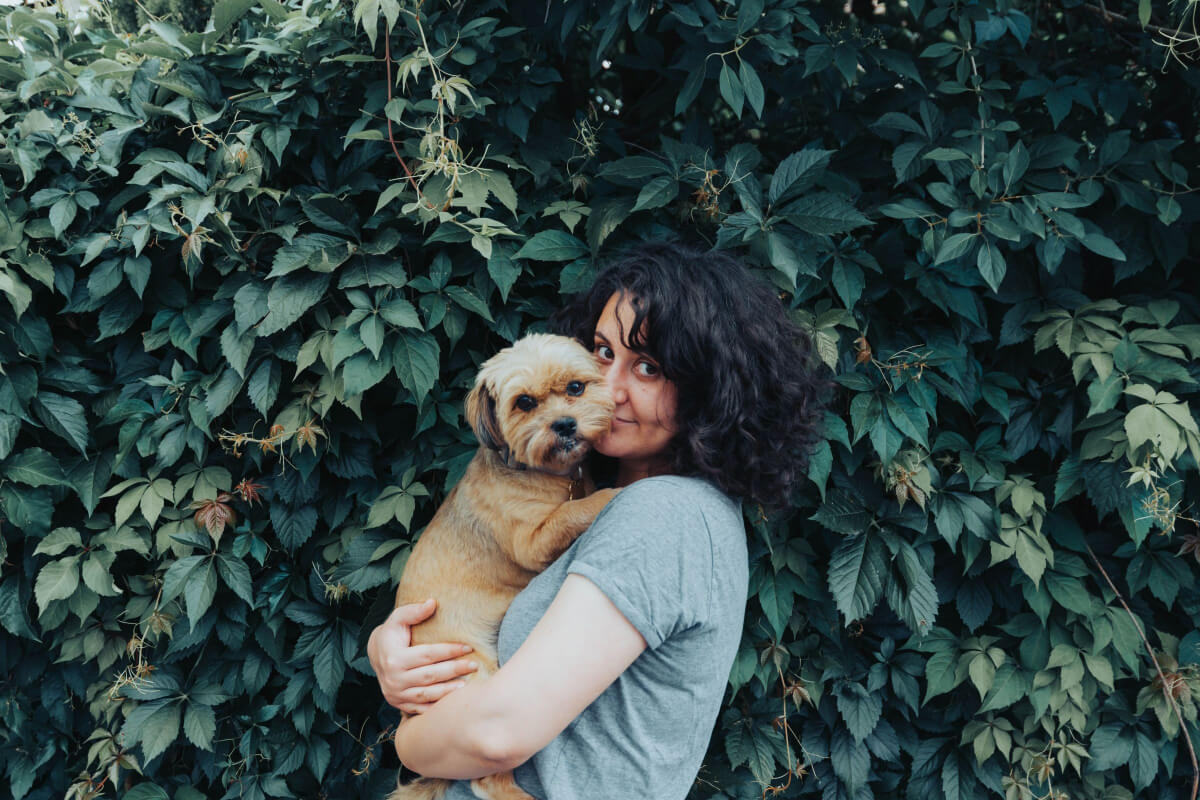 Are you encountering the following behavioral problems with your puppy? These are signs that show he is trying to be dominant in your house?

This is often the case where your puppy is CHALLENGING you for the role of Alpha position in your household. Your puppy will be “testing” the boundaries to see what he can get away with.

So if your puppy exhibits multiple of the above behavior problems, there’s a higher likelihood that you might be locked into a dominant struggle with your puppy.

With that in mind, let’s dive into how you can establish your dominance over your puppy and make him your obedient pack member!

The way to establish dominance over your puppy is to start with some little things (such as making sure that you always walk through the door first, make your puppy earn his meal, make him walk side by side on a leash) that you can do every day to continually reinforce your role as Alpha in the house.

Walk Through The Door First

Any time you are walking through any doors, make sure that you walk past first. Once you walk through, give your puppy the sit command for him to remain seated and give him the release command to move on a few seconds later.

You see, in the dog world, the pack leader would be the first to go through in a new place. Therefore, by natural instinct, your puppy would want to be the first one to pass through the door.

So make it a habit for him to always stay at the threshold of the door and wait for you to go through the door every single time. You can then give him the release command to move over and when you walk past the door.

Through repeatedly practicing this action, you are continually reinforcing your role as the leader of the pack to your puppy.

At every meal time, always ask for something from your puppy first before you allow him to eat.

What you can do is to place your puppy’s bowl which is full of food behind you and you stand in between the bowl and your puppy.

Ask him to perform some commands such as sit, down or stay before you give him the release command for him to eat his meal.

The goal of making your puppy perform some tasks before he is allowed to eat is to solidify yourself as a leader.

You would want to let your puppy know that you will decide under what circumstances he will be allowed to eat and will give him the release command to eat his meal ONLY if he performs what you have asked him to.

Physically STOP Him From Eating (In The Middle Of His Meal)

You could put your hand in your puppy’s food bowl while he is eating in the middle of his meal to physically block him from continuing eating.

Pause for a few seconds then remove your hand and let your puppy continue with his meal.

The goal of this action is to further reinforce your position as the Alpha dog.

This is similar to what an Alpha dog will do in the wild, that is, he can stop anyone in the pack from eating at any time.

This training also added some additional benefits such as to make sure that your puppy doesn’t grow up to have a binding or nipping problem or over protectiveness of his food.

It’s important to have a routine session with your puppy daily to either train him on some new obedience commands, reinforcing the old ones or teaching him some new tricks.

This helps to reinforce you as the leader of the pack because you are demanding your puppy to obey and pay attention to you.

The training session will also help you to interact with your puppy and build up his trust in you.

If you really have a busy schedule, just plan for a short session. A 10 minutes session is way better than none.

Walk Side By Side On Leash

It’s rather instinctual for your puppy wanting to take the lead during a leash walk.

Depending on the level of dominance of your dog breed, some breeds such as Jack Russell Terrier and Irish Terrier can be more stubborn and demand that he is always taking the lead when he is out for a walk.

Be really strict on this and make sure that your puppy always stays by your side all the time.

If you let him out in the front, he is reinforcing to you consistently that he is the leader, and he is the ONE leading you around.

So never let that happen and if he attempts to take the lead, take a break from the walk and let him sniff around.

In case he is still trying to pull in one direction during the break, say “No” and make him go the other direction.

As a pack leader, YOU should be the one deciding where he will go, not the other way round. This will tell him that “Hey, you will just follow where I will be going!”

Say What You Mean and Mean What You Say

Never let your puppy get away with what you have asked him to do.

Let’s say your puppy is on a couch and you have told him to get off the couch. Your puppy simply whines and ignores you and stays put on the couch.

You should never just give up and let him do what he wants, thinking that it’s not a big deal.

This is a SERIOUS mistake. It is certainly going to be a BIG deal because you have just reinforced that he can make his own rules, he is the leader, and he can disregard what you are asking him to do.

This will weaken your position as the pack leader in your puppy’s eye.

He will be thinking that he can disobey your instructions since you are not going after him for ignoring your commands.

So keep in mind that when you tell your puppy to do something, make sure that you follow through and ensure that he does what you had told him to do.

Avoid any physical punishment, yelling or scolding on your puppy if he doesn’t follow your instruction as it’s certainly not going to help in the situation.

In fact, yelling at your puppy will make him be fearful of you and lose all that trust that you have built up with him.

So stay calm, be firm and guide him slowly to perform the actions or behaviors that you desire.

Remember, the personality of an Alpha dog is calmness and consistency.

This is how you can do it.

When you are petting your puppy on his head, scratching him on the nose, praising him, take your hand and put it over his muzzle gently for a few seconds and release.

Remember not to cover his nose holes and don’t press down too hard. This action will communicate to your puppy (in his doggy way) that YOU are his BOSS.

When you put your hand around your puppy’s muzzle, you are letting him know that you are the one in charge. This is how Alpha dogs communicate with pack members in the wild.

You do not need to do it every day, just a couple of times a week will be good enough.

This simple action is going to help you attain the position of Alpha.

When you are petting your puppy, very gently grab his back hip muscles for a few seconds.

Do this very gently as this is an incredibly sensitive spot for your puppy. This action is to let him know that you are taking control over him.

This is also a good way to desensitize your puppy and let him know that you are NOT going to hurt him or do anything bad when your hand is on his vulnerable spot.

This is going to establish you as the Alpha and also helps to build the trust between you and him.

You would then be able to touch him wherever and whenever, and he is not going to be afraid or scared that you are going to harm him.

Stand Up Straight And Stay Elevated Over Your Puppy

Never slouch over or bend down to get on the same level as your puppy and don’t invite him up to your level.

I know it’s very tempting to get down and kiss your cute puppy and hug him BUT the more you get down on the ground to be at the same level as your puppy, the more you are inviting him to challenge your Alpha position.

So remember to stand up straight and always stand above your puppy to let him know that YOU are the BOSS.

Crate training your puppy is another alternative to establish your dominance.

You see, once your puppy is crate trained, he will view his crate as his own personal little space that he considers as his den and you can make use of the crate to issue time out on him.

Since you will have control over his den (crate), this helps to reinforce your position as his Alpha. You will be the one calling the shot as to when he will be allowed to be in his crate.