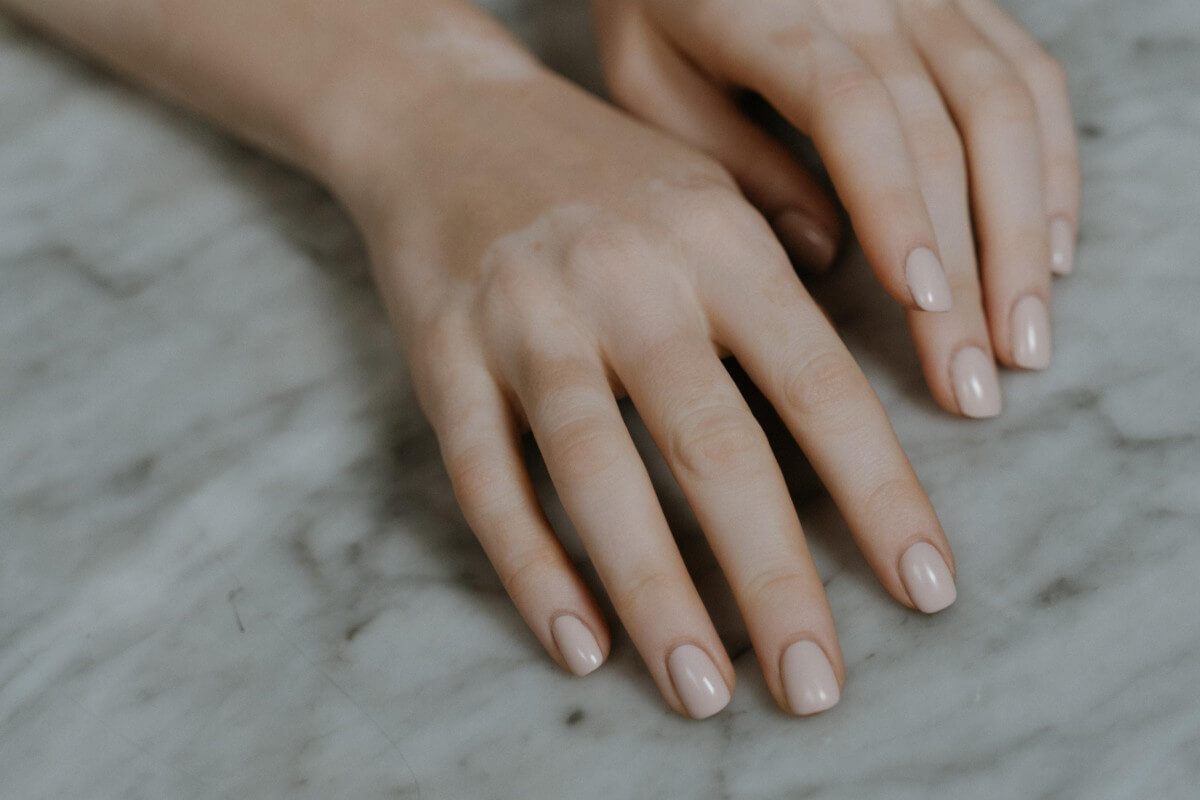 Your dog is certainly your best friend as he gives you unconditional love and trust. But there are some behaviors from him that make your head spin and one of them is his obsession with eating fingernails.

You are probably wondering what makes your dog develop these behaviors?

Your dog eats fingernails because it gives him the chewing sensation he craves. The odor from the fingernails attracts his curiosity. Pica or dementia could be the cause of this behavior. He wants to help you clean your fingernails off the floor. It’s his way of compensating for his nutritional deficit. He is investigating your health.

The Chewing Texture of Fingernails Is Just What He Craves

Many dogs love chewing on things, and it is a normal behavior that has been observed in almost all breeds.

This is especially so if they are in their teething phase and will have a greater urge to chew on things to ease their teeth discomfort, particularly on stuff that offers them a chewing texture.

This is why your dog enjoys chewing on shoes, clothing, and fingernails that he finds on the ground, since these provide him with the chewing texture he needs.

Odor From Your Fingernails Attracts His Curiosity

As you probably already know, long fingernails tend to accumulate dirt and have a foul odor.

That can easily attract your dog’s curiosity and make him do his investigation.

And when he sees the dirt in the fingernails, he will sniff them and start nibbling on them to find out more.

The salty taste of the fingernails gradually became his favorite and he would get his mouth on it whenever he got a chance.

So, to avoid this problem, you should use a nail clipper to trim your toe and finger nails regularly to keep them free from dirt.

He Is Affected by Pica

When your dog is suffering from Pica, he will start to eat non-food items such as plastic bottles, leather, wood, mud, gravel, electrical cords, cardboard boxes, etc.

Pica is an eating disorder in which your dog will have an uncontrollable urge to eat substances that are not food.

This medical problem can occur at any age, and it is commonly seen in young dogs.

Some common causes of pica include malnutrition, an overgrowth of bacteria in the stomach, an imbalance of certain hormones in the body, obsessive-compulsive disorder (OCD) and dementia.

Dogs with Pica will eat anything that they can get their paws on and there is a potential risk of them getting choked by the ingested objects.

It is important to seek help from a vet to determine the cause of pica and work towards curing it.

Your dog sees that you have to clean up the mess after trimming the nails, and he wants to help you with it.

He is trying to be of service by clearing up any fingernails found on the floor after your grooming.

The way for him to do this is by eating them since he can’t be using a broom to sweep them up.

Thus, to prevent your dog from offering his “cleaning” service, you should always do the cleanup right after each nail grooming session.

This will ensure that your dog does not have the opportunity to offer his service to you.

To Make Up for His Nutritional Deficit

A dog that eats his own nails is not an isolated case. In fact, it’s quite common for dogs to eat their own nails when they are undernourished.

The likely explanation for that is that fingernails contain the protein, calcium and assorted nutrients that your dog’s body needs.

Dogs with bad diets may be unable to get enough food to maintain their weight. They may also be starving, which can cause them to eat their nails.

This nutritional deficit can lead to other health problems, such as hair loss, skin irritation, and more.

So, it is important to ensure that your dog gets a balanced and nutritious diet that consists of the right combination of protein, carbohydrates, and fats. This will help ensure that he has all the nutrients he needs.

You ought to perform a review on his diet regularly as your dog at different stages of his life will require different kinds of foods.

Depending on his breed, age, size and activeness, you would need to plan his diet accordingly so that he is not under or over feed.

For instance, your dog may need a special diet if he is reaching his golden years or if he has allergies to certain foods.

It is amazing how a dog is able to detect something wrong with your body simply by licking your skin, smelling your feet or eating your fingernails.

It has to do with his ability to smell and tell if there is something wrong with you, even if it is very subtle.

There are many cases where dogs have assisted in detecting skin or bladder cancers with their acute sniffing and helped the owners to seek early treatment.

So, if you find your dog keeps sniffing at certain parts of your body, it could be an “alarm” that he is trying to convey to you.

You should pay a visit to a doctor for a health checkup.

Your dog is trying to tell you that it’s time to trim your long fingernails as they are hurting him when you are picking him up.

As they are long enough for him to nibble on, he is doing you a service to “trim” them.

If your dog is suffering from dementia, he may be losing some of his normal behaviors, such as his ability to recognize or interact with others, not being able to recall what he has eaten and experiencing changes in his personality, such as becoming more aggressive or nervous, or being less interested in playing and socializing with others.

He could also be exhibiting behavior such as staring into space (as if he saw something, but there is none).

So it is of no surprise that he will get his mouth on things that he can find on the floor, such as your hair, fingernails (if you never clean them up after grooming), paper as well as dirt, since he is no longer able to differentiate if they are edible.

Dementia often happens to dogs of more than 10 years old.

If your dog is suffering from dementia, then it is better for you to take him to a veterinary clinic for diagnosis. The diagnosis will help you to know what are the best steps to help him improve his condition.