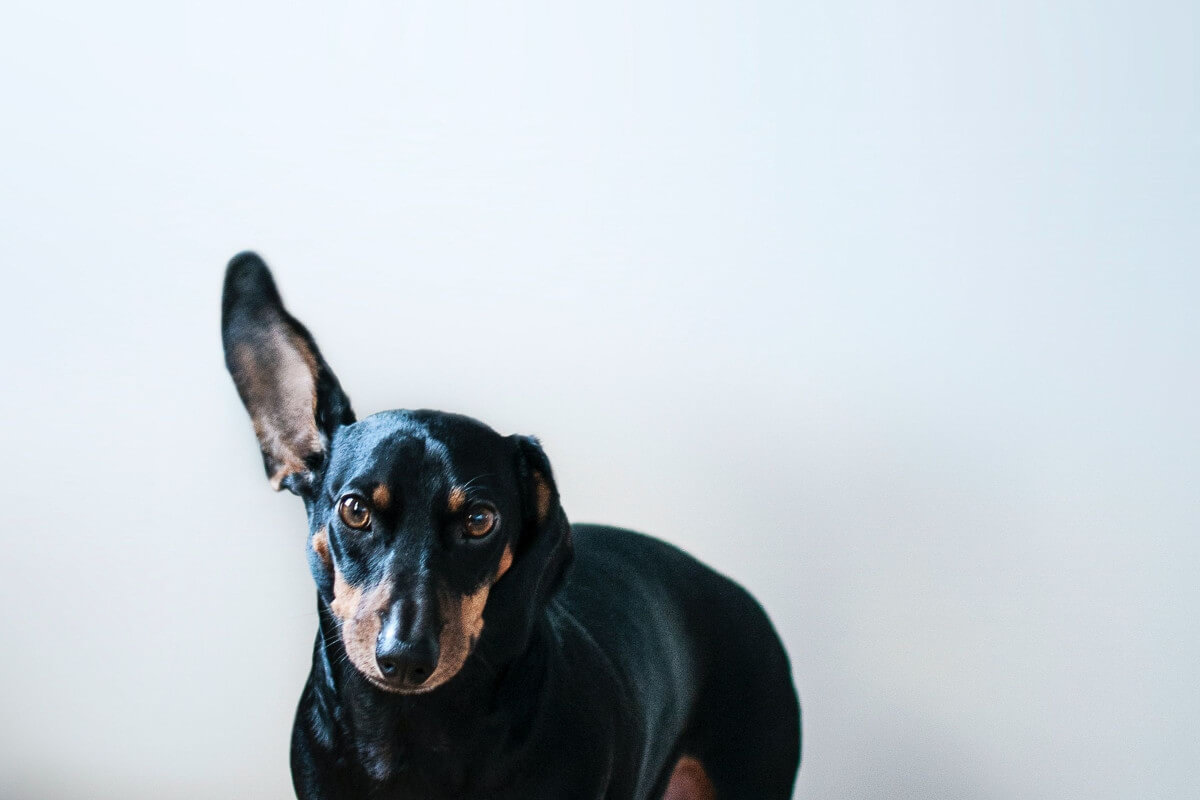 Despite the fact that nothing is in the vicinity, your dog continues to stare in the air and act as if he is seeing something. This makes you wonder what’s going on? Is there anything you can’t see that catches his attention?

Here’s what you need to know.

When your dog acts as though he is seeing things, he may have picked up some strange sounds before he actually sees them. He might be suffering from fly-snapping syndrome, dementia or having hallucinations. It could be because you have made this a positive experience for him.

Your Dog Is Suffering from Fly-Snapping Syndrome

Fly-snapping is a condition that can affect dogs. Your dog may suddenly start to look up and begin to snap at objects that aren’t there. This behavior can start suddenly, and continue for a short period of time.

This disorder is thought to be hereditary, and some cases have been linked to eye problems such as vitreous floaters or retinal degeneration.

It can also be triggered by compulsive behavior (due to anxiety or depression) or related to a physical head injury.

Fly-snapping syndrome is also thought to be linked to other neurological disorders. These include, but aren’t limited to, epilepsy, partial seizures, and myoclonic epilepsy.

The symptoms of fly-snapping include your dog snapping his head back and forth while focusing his gaze on something in front of him which doesn’t exist! It can also be accompanied by barking, growling, and panting.

This condition is more common in senior dogs or dogs with medical history.

It’s important to bring your dog to see a vet for a health checkup to rule out any underlying causes.

Tests that your vet may perform include:

Your Dog Is Having Hallucinations

Dogs are just like us. They dream and sometimes they have hallucinations.

It is possible for dogs to experience visual hallucinations, such as seeing objects floating in the air, or auditory hallucinations, which include hearing strange sounds or voices.

One study found that up to 30% of dogs have some form of hallucination. Dogs may have hallucinations when they are sick, tired or hungry.

This disorder can also be caused by stress, anxiety, depression, or neurological disorders. These hallucinations can be in the form of hearing voices, or seeing objects that aren’t actually present.

Dog hallucinations are common and often seen in puppies and dogs who are in extreme stress and anxiety.

The symptoms of dog hallucinations may include disorientation, pacing, vocalizing, and more.

Some potential causes of dog hallucinations include the following:

Strange Sounds Are Being Picked Up by Your Dog

There is a chance that your dog could have heard something strange that you aren’t aware of because of his acute hearing ability. He will probably begin to stare as if something is in the direction where he believes the sound is coming from.

This acute hearing capability allows your dog to hear sounds from as far away as a quarter of a mile.

He can easily detect low-frequency sounds, which is why he is more likely to notice strange noises.

If your dog is acting weird, chances are he heard something that startled him. He might keep looking in a certain direction because he is trying to find out more about what he has heard.

In this case, you will find him turning his ears toward a distant sound so that he can hear it more clearly. You’ll also see him raising his ears straight up, so his earlobes don’t obstruct the sound.

He Is Suffering from Dementia

If your dog is a senior dog (more than 12 years old) and exhibits symptoms such as changes in personality, socialization, and temperament and seems to be engrossed in staring into space, he could be suffering from a disorder known as CCD.

Canine Cognitive Dysfunction (CCD) is a form of dementia that affects dogs in a way similar to Alzheimer’s disease in humans. This is a condition that results from the aging of a dog’s brain and affects memory, learning, and comprehension.

The symptoms of dementia vary widely depending on the specific breed, and even among different dogs within a given breed.

Following are some common symptoms to look out for:

The symptoms of this disorder is usually first noticed when a dog starts to lose his ability to learn new things, including house training, obeying commands, recognizing family members, and socializing.

Other symptoms include poor judgment, staring into space when there is nothing there and having problems performing daily tasks such as walking, eating, drinking, playing and sleeping.

This disease is often the result of physical and chemical changes to the brain as your dog ages.

Early detection and treatment of this condition may slow the progression of symptoms.

He Knows That This Behavior Gets Your Attention

When you have been neglecting your dog, he will find ways to get your affection back.

The way he does this is by performing some weird actions such as stealing something and running away with it, chewing on your favorite items, rolling around some foul substances or simply staring into space (as if he sees something, but there isn’t any), just to get your attention back to him.

The more intense your reaction, the more your dog will enjoy doing that behavior (as he finds it to be a rewarding experience), and he will do it more frequently.

By ignoring him completely, you will train him to associate this behavior with unpleasant experiences.