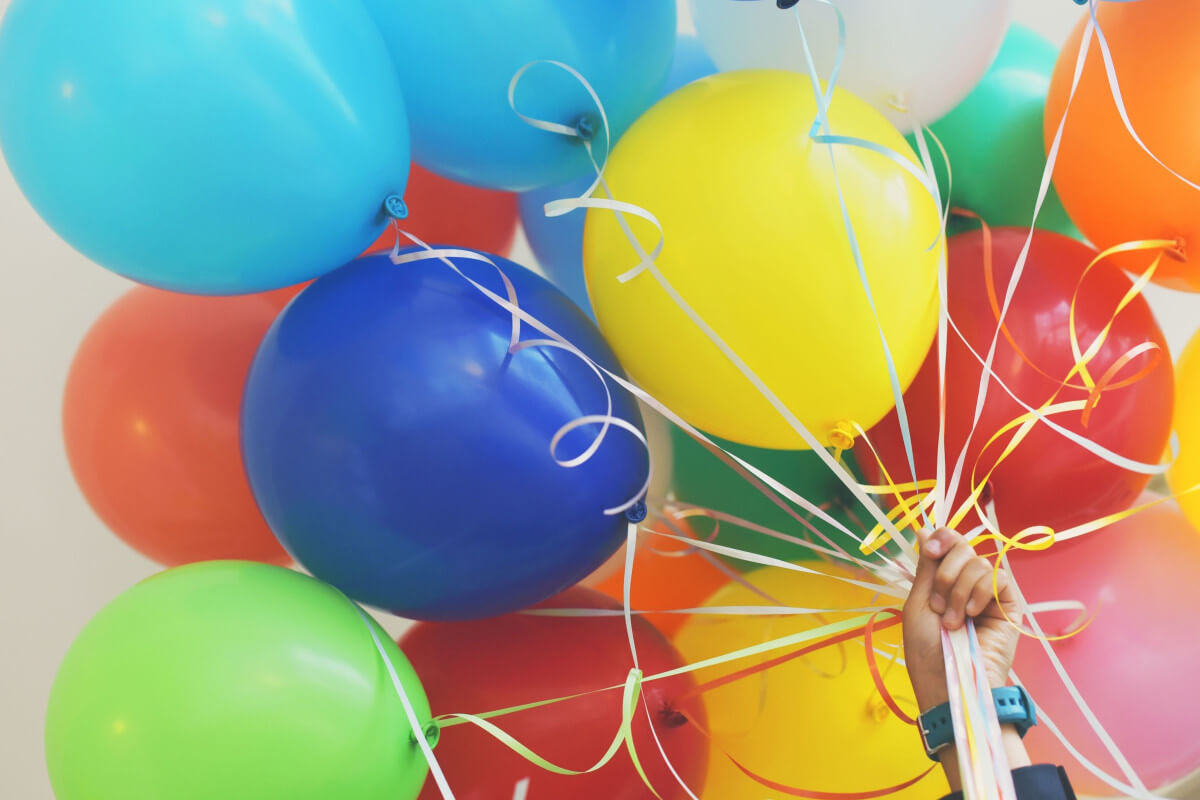 If your dog is scared of balloons, and you are trying to make him overcome that fear, you need to know what’s going on in his mind when he sees the balloons.

Your dog is scared of balloons because he has never seen a giant balloon that can fly in the air. He is fearful of the bursting sound from the balloons that sounds like a gun fire. Balloons trigger his traumatic experience. He was terrified by the odor of the balloon. The balloon’s color frightens him.

He Is Fearful Of That Giant Balloon That Can Fly Up

Your dog is nervous as he has never seen such big objects that could fly in the air. This is especially so if he already had fear of the ceiling fan that was hanging high up in the ceiling.

He would be wondering what that “creature” up in the air?

Is that going to attack him? How is he going to strike back the attack? He can’t chase after it as it’s up in the air?

He’s scared because he doesn’t know what it’s going to do next and will start barking and growling at him.

He Is Afraid of the Sound of the Balloon

You need to understand that your dog will be fearful of balloons if he has had a negative experience with them in the past.

Balloons make a loud sound when they burst, which is similar to the bursting sound of chewing gum in your mouth or the popping sound coming from an oven during the warming of the food if the igniter is dirty.

If your dog had that shocking experience of hearing the popping sound before, that may result in his fear response towards balloons.

Dogs hate rowdy sounds, which is why you will often find your dog shivering with fear whenever there are fireworks or thunderstorms happening.

The sound of a balloon popping can be compared to the sound of a gun firing. That can cause immense fear in him.

He will associate balloons with a life-threatening danger, which is gun firing.

Balloons Bring Back Bad Memories to Your Dog

Did you ever scold or yell at your dog for playing with a balloon that was meant for your kids? That will make him associate balloons with a kind of punishment from you.

He knows that you will get angry with him the moment he goes near a balloon and that makes him stay away from the balloons the moment he sees them.

It is important that you remain calm and never show your anger at your dog even if he does something that you are unhappy about.

Dogs learn from your reaction and behavior, and if you always exhibit signs of anger towards him, that will undeniably, affect your relationship with him.

You can correct him of any undesirable behavior through positive reinforcement training, which is an effective way to get him to learn to do the desired action that you want him to perform.

This is accomplished by rewarding him when he obeys your command or stops unwanted behavior.

The Scent Of The Balloon Frighten Him

Everything has a scent to it, so are the balloons. Balloons are neither plastic nor synthetic. The material used to create them is latex, a natural rubber derived from tree sap.

As balloons are inflated, powders used to reduce sticking are released, which creates a peculiar, rubbery scent.

If your dog associates that scent, which is similar to the rubber smell of your car tire, with some kind of unpleasant event, that will freak him out.

Say if you have punished your dog from urinating on your car’s tires, that will make him associate that rubber scent with punishment.

So he will stay away from anything that possesses that similar rubber scent as he is afraid that the punishment will come again.

With your dog’s acute scent of smell, he will be able to scent the smell of the rubber from the balloon far away without getting near to it.

And since your dog is wary of that smell, this will make him fearful and run away.

He Is Scared by the Balloon’s Color

If you find your dog only gets nervous and fearful when he sees the CERTAIN color of the balloon, it could be due to his unpleasant experience of that color in his encounter.

This could be related to his experience before he was adopted by you. You will find him reacting well to other balloon’s colors such as yellow and gray but will only start to shiver whenever he sees a blue color balloon.

Though dogs can only see certain colors such as blue and yellow, the fact that your dog doesn’t freak out when he sees a yellow balloon shows that it’s not the balloon that makes him fearful but rather the color.

In most cases, you will find your dog turns nervous whenever he sees any blue object, such as a blue chair or bed.

You see, all fears are learned behavior. It is possible that your dog is afraid of the blue color because of the traumatic experience with his previous owner. Maybe he was beaten by someone holding onto a blue stick or broom?

How To Make Your Dog Loves Balloons?

If you want to get your dog used to balloons, then you should get him trained to associate balloons with food rewards.

1. Make sure that your dog is feeling calm and relaxed when you are carrying out this training. Preferably, to do it in an environment that he is comfortable with, such as your bedroom, where he will feel safe and secure.

2.  Place a balloon about a meter away from him and leave an enticing treat on top of the balloon. Do not use the dry kibble that he had been having for his meal.

You should use some high – value treats such as a small piece of beef or chicken that your dog will not get in his routine treats. This will induce him to make his move towards the balloon to get his irresistible treats.

3. Your dog might not go near the balloon on your first attempt, so be patient in your training. It is very important that you should not get frustrated whenever your dog is showing signs of fear towards balloons.

4. When he makes his first brave move to eat the treat from the balloon, praise him handsomely and give him another treat from your hand. This will make him feel more confident about his future approach to the balloon.

5. Once your dog is making consistent moves towards the balloon, you can start decreasing the distance between the balloon and your dog.

6. You should continue this training routine until your dog is making consistent moves towards the balloon on his own, even without any treats.