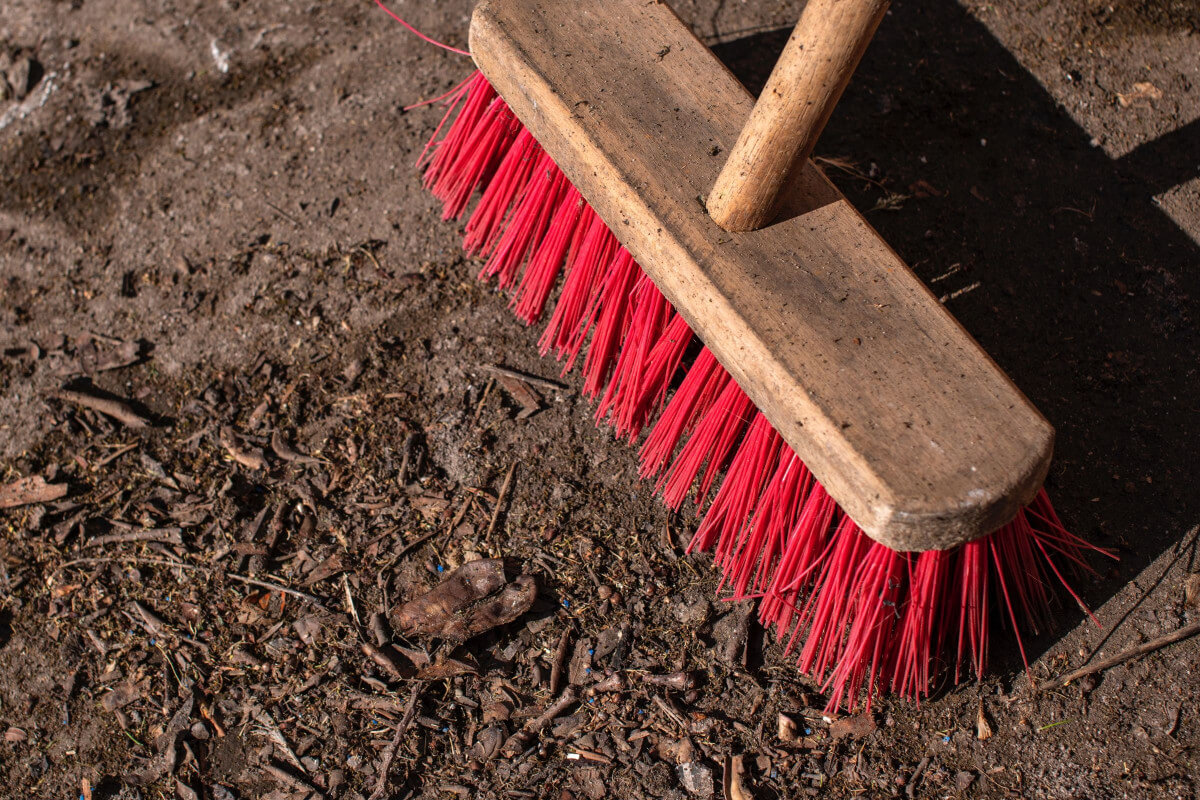 I’ve noticed that my dog is very afraid of the broom. He always runs away when I try to use it to sweep or dust. Why is this happening?

Maybe the broom had scared him in the past, and he had associated it with something bad? Or maybe he just doesn’t like the way it sounds when the sweeping is being done?

It’s time to figure out what’s going on.

The shape and color of the bristles resemble some sort of animal such as a hedgehog to your dog and when the broom is moving towards him, that creates an impression that he is being attacked. Along with its rapid movement and strange sounds that the sweeping generated, that makes him even more wary of his safety.

Traumatic Experience With A Broom

Dogs who had a traumatic experience with a broom can become so frightened by it that they will start to tremble and shake uncontrollably when they see it or hear its sound.

This behavior can sometimes last for a few minutes or even hours.

This is often the case where they have been tied up and beaten up by someone holding onto a broom.

This makes them associate the broom with something bad, that is, they will be harmed!

The fear of the broom can be a very strong negative stimulus, and can be very difficult to overcome.

In some cases, these dogs can turn aggressive just to protect themselves.

The sight of you holding on to a broom can make your dog feel very anxious, scared, and he can have a hard time trusting you!

What you can do is to make him associate the broom with something good. This is called positive reinforcement training, and it is a great way to help him overcome this fear.

Place an enticing treat (not the usual kibble but something such as a small piece of beef that he will not get to eat in his usual meal) about a meter away from the broom and let him sniff it.

If he exhibits signs of calmness and walks toward the broom to eat his treat, reward him with another piece of treat and praise him for being brave.

If he starts to tremble or shake, just give him a little love and attention. Then, when he stops shaking, give him a treat.

You can do this several times a day. The more you do it, the better he will get at overcoming his fear of the broom.

After your dog has shown some confidence in going near the broom, you can try to place the treat closer to the broom, with the goal of making your dog eat his treat right at the broom.

The intention is to make him associate the broom with a rewarding experience, that is, he will get to eat good food.

Noise And Movement Of The Broom Scared Him

It’s not that the broom is scary, but the way you are sweeping it is.

When you are sweeping the broom, you make a lot of noise and shake the broom back and forth. The noise and the movement of the broom scared your dog.

Your dog will see that things start to move when you shake the broom and this makes him think that the sweeping force must be very strong and dangerous to him.

The way to overcome this problem is to sweep the broom in such a way that the noise and movement is minimal.

To do this, gently move the handle back and forth while sweeping slowly.

Don’t shake the broom too hard and don’t make a lot of noise as you are sweeping the broom.

That way, he will find the sweeping force to be very light and of no threat to him.

Your Dog Sees The Broom As A Predator

If you have the habit of sweeping toward your dog who is resting on the floor, he might wrongly perceive the broom as a predator that is going after him as the shape and color of the bristles resembles some sort of animal such as a hedgehog.

Sweeping also involves erratic movements and that makes your dog feel threatened as he will think that his predators are chasing him.

Moreover, a broom can make a lot of noise, especially when sweeping. It may scare your dog because it could be similar to the sound of a snake.

To make your pooch feel at ease, you should always sweep in a direction away from your dog and in a slow and gentle sweeping motion.

Always sweep in the opposite direction from your dog so that he will not feel that the broom is going in this direction and trying to “attack” him.