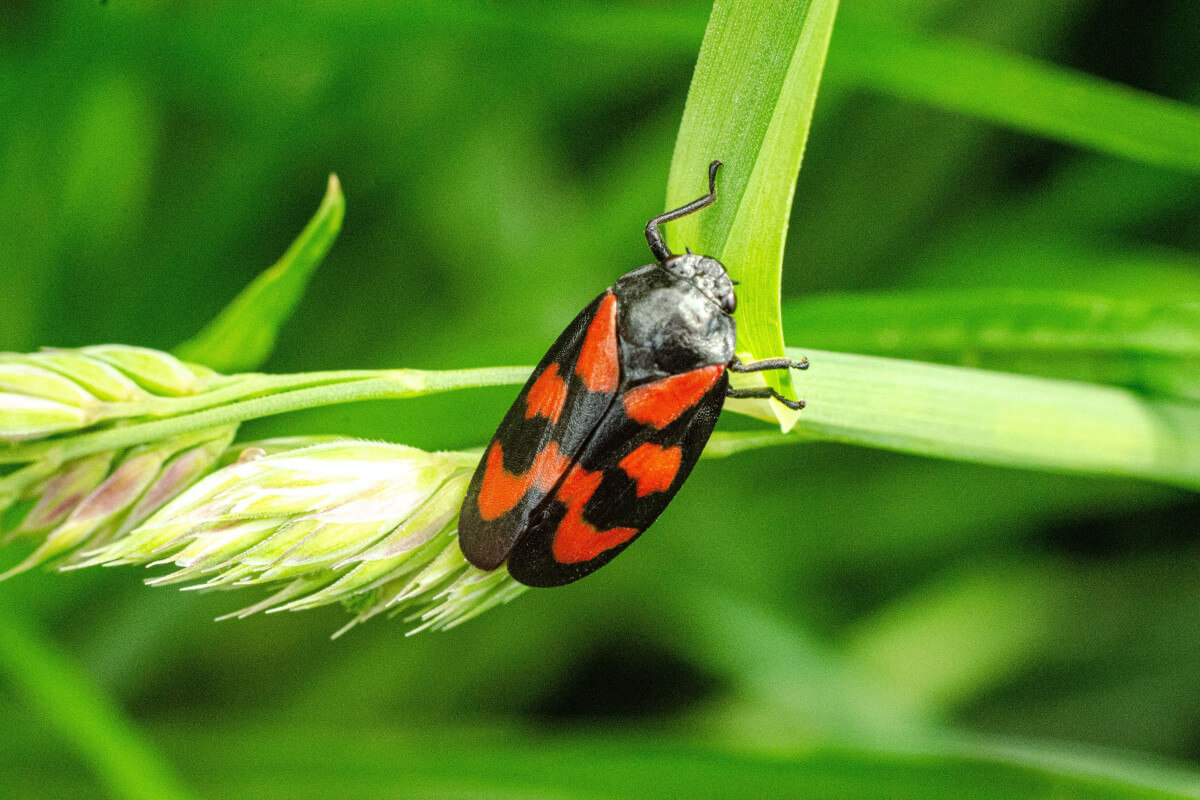 Catching prey is natural instincts for dogs. Therefore, it’s no wonder that the movement of insects and bugs will cause a dog’s predatory drive to be triggered.

If you want to deter your dog from catching and eating bugs, the easiest way is to train him to associate that by not eating the bug, something GOOD will happen.

That is, he will be rewarded with an enticing treat that tastes much better than bugs.

Take Care Of Your Dog’s Boredom

When your dog is feeling bored, he will find ways to keep himself busy and nothing is more appealing to him than chasing after moving bugs and insects that he has spotted.

Because of this reason, keeping your dog’s energy under control and preventing him from getting bored is crucial for his obedience.

Natural energy levels in dogs are greatly influenced by their breed.

In general, most dogs need 0.5-1 hours of physical activity per day, while working breeds such as Rottweiler and Akita will need much more (up to 2 hours per day), along with stimulating mental activities such as playing agility games, treasure hunts and hide-and-seek.

Exercise is therefore the most important factor in maintaining your dog’s energy level.

If he’s not given enough physical activity, he’ll get bored and restless. This is especially true if he is a working breed and doesn’t have a lot of stimulation in his environment.

Keep an eye out for these signs that your dog is bored and work on easing his boredom.

Dogs who are bored may seek out other things to satisfy their chewing needs. Shoes, furniture, and even doors could be his target.

A bored dog can engage in destructive digging behavior, which may damage your property and garden.

Overexcited When Seeing You

If your dog greets you overly enthusiastically when you are back home, it may be that he is bored at home.

A tendency to lick excessively

You might think your dog is just trying to groom himself when he licks himself all the time. This act (excessive licking) can, however, indicate boredom in some cases.

Attempt to escape and run away

When your dog runs away from his surroundings every time he gets the chance, he’s probably bored.

There has been an increase in pacing around the house

It is common for people to pace when they feel fidgety, and the same is true for dogs. An energetic dog might pace the fence or roam the house when bored.

Creating a mess in the house when you are not around

A dog who is bored will create a pile of mess in the house when you are not around. So if you find traces of toilet paper all around the house, that could be the act of your boring dog. He is on the lookout for something to entertain himself when you are not with him.

The barking of your dog (for no apparent reasons) is usually an indication that he is bored and looking for a way to entertain himself.

Identify and Treat His Pica Disorder

Pica is a medical condition in which dogs will eat non-food objects, such as paper, glass, dirt, paint, feces, bugs, insects or any other substance.

Although pica is most common in puppies and young dogs, it can occur at any age.

Pica will cause a dog to crave and consume items that are not normally eaten.

This disorder may be a symptom of health issues, such as stomach upset, intestinal parasites, hypothyroidism, liver disease, or diabetes.

Pica may also be associated with anxiety, boredom and stress besides medical conditions, and it is usually seen in dogs that have been isolated from their owners for long periods of time.

Isolation from their owners can cause the dog to become stressed and anxious, which may lead to eating unusual items.

Dogs may also suffer from pica if their diet is imbalanced (lack of nutrition). Phosphorus and sodium (salt) deficiencies are the most common causes of pica in dogs, although zinc, iron, cobalt, magnesium, copper, and selenium deficiencies are also risk factors.

Pica symptoms in dogs include the following:

Is it possible to cure pica in dogs?

There is a challenge in treating behavioral pica. It usually requires a mix of training which includes reconditioning the dog’s behavior, providing the dog with an enriching environment, reducing the dog’s anxiety and stress, and preventing the dog from accessing undesirable items.

Though a dog’s pica is typically due to psychological or compulsive behavior, medical issues or poor nutrition can also cause it.

Veterinary advice should be sought if you suspect your dog’s pica disorder is caused by poor nutritional or medical issues. Any underlying cause can be determined and treated by the vet.

Address His Curiosity On The Bugs

Curiosity is innate in dogs. This curiosity is what causes them to go after anything new and interesting.

Whenever your dog sees something new, especially something that moves (such as the presence of insects, mice or bugs), his curiosity instinct is triggered, and he will begin his investigation.

This is especially so if your dog is a hunting breed such as Labrador Retriever and Beagle, and he will start sniffing around for clues.

If he senses that the prey is safe, he will continue investigating until he has identified the location of the prey and eats them.

It is generally not harmful to your dog to eat a bug or two. In fact, some bugs, such as crickets, are even protein-rich.

There are, however, some bugs that can be harmful to dogs, for instance Asian beetles. A substance contained in these critters can cause your dog’s mouth to burn.

To prevent your dog from eating bugs, make sure that you keep your dog away from any bug-infested areas. Make use of bug repellent to keep away insects from your home and yard.

Another reason why your dog is obsessed with eating bugs is probably because he thinks that they’re tasty. What you can do is get a bug specimen, spray it with some ground spices and leave it near to your dog.

This will make your dog associate bugs as something that smells unpleasant, and he’ll keep a distance from them.

Making use of a shock collar to train your dog to stay away from bugs could be another alternative.

The dog is shocked every time he eats a bug and that “shocking” will make him develop a negative experience towards eating bugs.

Your dog is likely to experience some anxiety as a result of this shock, so make sure to use this training approach with care.

Make Your Dog Obey Your “Leave It” Command

Always keep in mind that you should never punish your dog for eating a bug. Make him obey your commands to leave the bug alone through obedience training.

It will be easier to control your dog’s behavior once he learns to obey a particular command.

You should start teaching your dog the “Leave It” command at the earliest opportunity. When he obeys that command, you should praise him and reward him with treats.

The treats (you can use a small piece of chicken, turkey, beef or cheese) should be something that your dog likes, and he seldom gets to eat them in his daily meals.

This will make him do what it takes to earn the special treats. He will then be more than willing to obey your command to get his reward and that will speed up his learning.

This training approach is often known as positive reinforcement and is the most effective way of training dogs to perform the tasks that you want them to do.