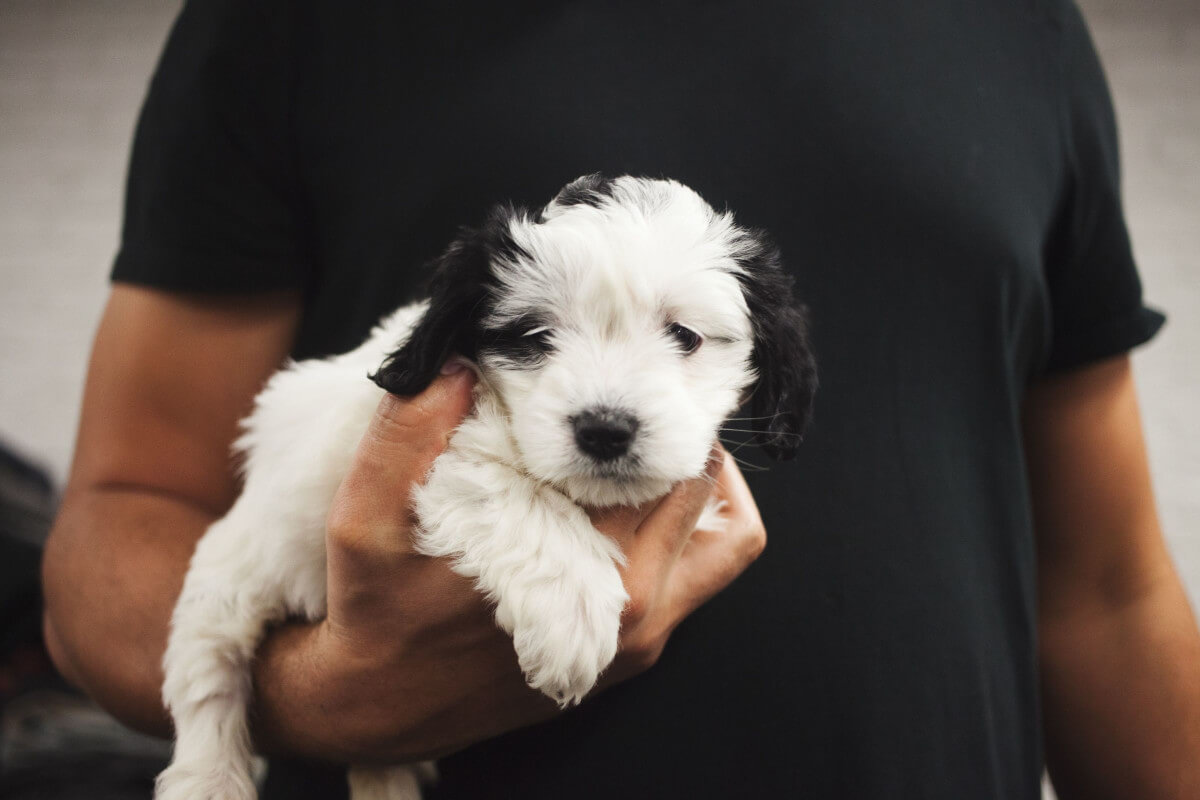 Your dog buries his head into your armpit to show affection and reassurance. It may also be that he is seeking attention and comfort from you because he is feeling stressed or anxious. Additionally, the abnormal odor from your armpit may be causing him to conduct his investigation.

Dogs are very much attracted to the scent of human perspiration, including the scent of perfume, deodorant, cologne, and even aftershave. When you first start wearing perfume, your dog may be excited about the new scent as he begins to notice a change in your body odor and is more likely to burrow his head into your armpits.

Having said that, is that what makes your dog burrow his head in your armpit? Let’s find out more in this post.

It’s Your Sweaty Odor That Attracts Him

Dogs have a very sensitive sense of smell, and if they detect an unusual scent of their owner, they will want to carry out their investigation.

This is especially so for hunting dog breeds such as Labrador Retriever, German Shepherd and Beagle as their natural instinct makes them want to investigate whatever smells unusual.

That explains why when you are back from a workout and rest on the cozy couch, your dog will love jumping up on you and burying his head into your armpit to sniff them.

What you can do is to make sure that you go for a bath or change to a dry shirt after any workout.

Make sure that your armpits are not sweaty at all times, and that should deter your dog from picking up any unusual odor from your body.

Your Fragrant Perfume Piques His Interest

Have you suddenly noticed that your dog burrows his head into your armpit since you started wearing perfume? The odor from the perfume can be overpowering and that will draw him to you.

Your dog is curious about the smell of your body, particularly the perfume scent that emits from your armpits and that piques his “detective” instinct.

Your dog can find this confusing, as he tries to figure out why you are emitting such a scent.

He will want to investigate what the scent is as he is curious about it. That is when you will find him sniffing and licking on your armpit.

Foul Odors from Rashes on Your Armpit Entice Him

Dogs are known to be very curious about humans, and one way that they find out what’s going on with us is through smelling.

This is how dogs learn about new smells and can sense when someone is sick or suffering from any skin related problems that lead to bad smells.

It is believed that dogs can detect subtle changes in the human body, such as hormonal shifts or the production of volatile organic compounds by cancerous cells.

Therefore, if your dog is reacting abnormally and keeps sniffing your armpit, it could be the case of skin rashes on your skin. Perform a visual inspection to check for any signs of skin rash or lesions.

It could also be the case that you are undergoing hormonal shifts (due to pregnancy or going through menopause) and that might be the cause of your unusual smell which triggers your dog’s curiosity.

He Is Feeling Fearful and Seeks Your Protection

By burrowing his head into your armpit, your dog is telling you that he loves being petted and likes to be held in your arms and is asking you to keep doing that.

This is often the case where your dog is feeling stressed out or anxious, and he is seeking to be held and protected by you, who he had regarded as his pack leader.

Burrowing his head into your arm makes him feel protected and more secure.

You will likely see your dog exhibiting the following body languages when he is feeling anxiety or fear:

What you would need to do is to find out what is causing his anxiety and work on addressing the triggers.

You may have adopted a dominant dog and your dog is wary of him. It is also possible that you have moved to a new environment, and he is experiencing fear due to unfamiliar sights and smells.

You can get your dog back to his normal self if you identify the trigger and deal with it.

Your Warmth Is What He’s Looking For

Does your dog only perform this act when the weather is cold? If so, it could be a sign that your dog is feeling cold, and he is trying to get some warmth from your body by getting closer to you.

Dogs can generally tolerate temperatures as low as 45 degrees Fahrenheit, but you should observe how they react to these conditions.

When a dog is cold, he will tremble and shake his body in order to raise his body temperature. He will also tuck his tail and legs under the body and pin his ears back against his head in an attempt to keep them warm.

What you can do is to make him wear a sweater or a jacket and that should help to keep him warm. You can also wrap him with a blanket or get him a heating pad to rest on.

Dogs who belong to small or hairless breeds, such as Chihuahuas, will be more sensitive to temperature changes and, therefore, will need more attention during the cold months.

If you have a dog who belongs to this breed, it is important to be more attentive to him as the winter creeps in.

If you notice that your dog is shivering a lot and seems to have lost his energy, it means that he is experiencing coldness, and you should take immediate action to keep him warm.