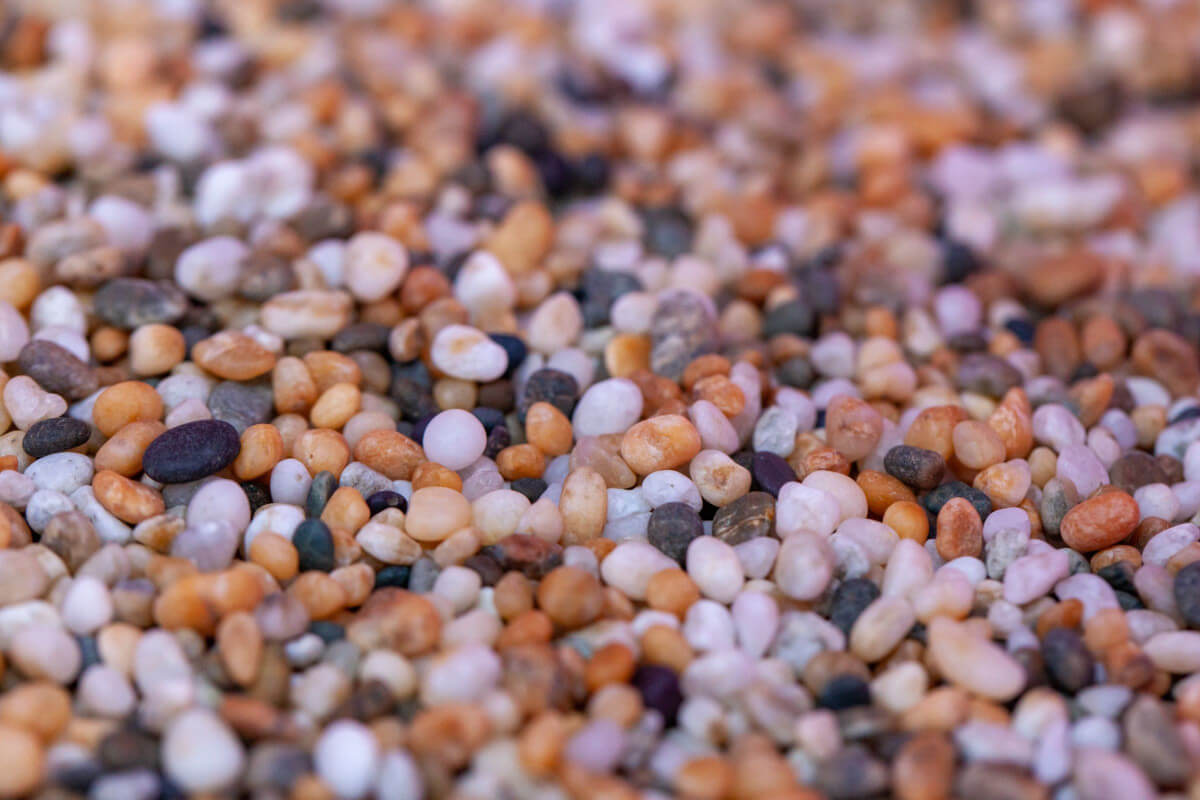 You are out for a walk with your beloved dog near the beach and the moment he sees the gravel in front of him, he simply rushes for it as if he had found his prey.

You saw his excitement and joy as he got his mouth on the gravel.

This makes you wonder why gravel could be so tempting to him?

Your dog is eating gravel because he is trying to make up for his nutrient deficiency. He had an uncontrollable crave for nonfood items because of Pica. Chewing on hard objects such as gravel offers him comfort from his teething pain. He is suffering from dementia and could not make out what he was eating.

He Wants To Make Up For His Nutrient Deficiency

If your dog is not getting adequate minerals and nutrients from his routine diet, he will turn to any available sources, including gravel, to make up for his lack of nourishment.

That explains why he feels so excited when he sees gravel as he could “smell” the minerals that are present in the gravel.

These minerals, however, are NOT the minerals that your dog needs.

In fact, there is a potential risk of him running into health issues and may eventually become life-threatening if the gravel that he is swallowing gets stuck in his intestines, or he gets choked as it is too big for him to swallow down.

So you ought to make sure that your dog is getting a well-balanced diet that contains the right amount of minerals and nutrients that he needs.

See your vet for advice on what kind of diet your dog should be on.

Keep in mind that your dog’s diet regime will need to be reviewed periodically as he grows up with consideration factors such as his age, size, gender and activeness level.

Pica Is Plaguing Him

Pica is a condition in which your dog starts to crave substances that are not food.

You would see him eating painted or wallpapered objects, chewing on leather, clay, wood, plastic bottles, glass or ceramics, eating ashes and swallowing rocks and gravel.

There are TWO main causes of Pica:

Physical: When your dog is physically uncomfortable, he will often seek relief by chewing something that provides him comfort, preferably something that is hard and will not break easily, such as plastic, rocks or gravel.

Chewing releases endorphins in his body and helps to relieve his pain. That is why when your dog is in pain or discomfort, you will find him chewing more frequently.

Psychological: Your dog does not like what he is eating and craves other things that give him a different chewing experience.

His desire for non-food items is not tied to hunger at all. He is just trying to satisfy his taste buds.

And when he gets to enjoy the texture of these non-edible things, he may develop an insatiable appetite for them and that will continue until you correct his behavior.

Pica could also be his reaction to an emotionally stressful situation. For example, your dog may begin to chew on something to distract himself from a situation that he finds upsetting.

So when he starts eating on gravel, he could be trying to distract himself from another dominant dog that is coming towards him on a beach.

And when your dog eats indigestible items, his digestive system may be upset and his pooing may stop as a result.

To Get Relief From His Teething Pain

Your dog is undergoing his teething period, and he is trying to ease the pain in his mouth.

He will chew on things that he can get hold of, such as your shoes, socks, clothes or bedding.

If he is out for a walk, he will find something to chew, such as tree branches, grass, rocks, sand or gravel.

So you should keep an eye on him when you take him out for a stroll to prevent him from chewing any toxic or indigestible substances.

Putting him on a leash would be an ideal choice till he is “out” of his teething stage, which usually takes about 6 months.

It is also important to check his mouth regularly to ensure that there are no things that get stuck in his teeth or gum.

You can prepare some food items such as frozen bananas or strawberries or get him a wet towel to bite on to ease his discomfort.

He Is Eating Non-Food Because of Dementia

If your dog is suffering from dementia, he could be in a state that makes him confused and disoriented.

He may not even realize what he is doing, which includes eating non edible foods.

Dementia is defined as loss of memory and the ability to think logically. It is a brain disorder that occurs normally in older dogs that are more than 10 years old and can cause them to become lost and confused.

However, it is possible for younger dogs to develop dementia as well if they have any underlying health issues.

The main symptom of early-stage dementia is a gradual loss of short-term memory. This is the reason why you may notice your dog behaving oddly.

He may act as if he does not remember you, or he may have forgotten that he just had his meal and ask you for his meal again.

He might forget things he has recently learned or lose his ability to figure out what foods are edible and start eating his own feces or chewing on the floor or objects around him.

You should take note of it because it could be a sign of mental problems with your pet as his behavior has changed.

The only way to know for sure if your dog has dementia is to have him examined by a professional veterinarian.

You Have Unintentionally Praised Him For This Behavior

Dogs are well known for doing things that their owners like in the hope of getting praise and reward in return.

If you are giving your dog some treats in the hope that he will stop chewing on gravel or stones while he is out for a walk, you are in fact telling him “Good chewing! Here is your reward!“.

You had unintentionally rewarded his bad behavior and made him more likely to repeat the action again in the hope of getting your praise again.

If you want to avoid this problem, you need to let him know that there will be BAD consequences for getting his mouth on the gravel.

Use a firm and stern command “No” and show him your unhappiness when he attempts to eat the gravel.

This will teach him that it is not okay to continue with this act as it will incur your displeasure, and he will stop doing it.

Remember, your dog loves you and will do what it takes to make you happy!