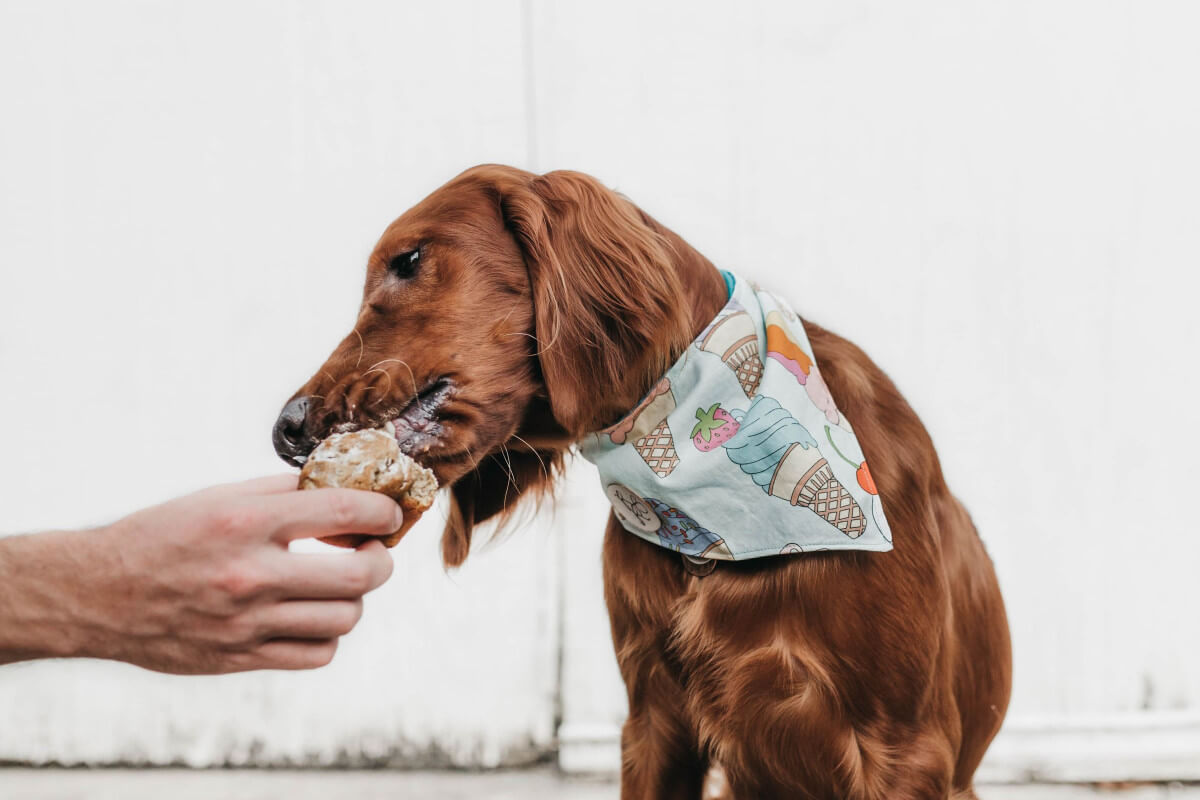 Cupcakes are a delicious treat that you can enjoy together with your friends and loved ones. But are they also a great snack that you can share with your dog without causing him any health risk?

Cupcakes Are Safe For Dogs To Eat?

Cupcakes are typically filled with sugar and fat, which is not healthy for your dog, particularly if he is already overweight.

Even eating small amounts of cupcakes can upset his stomach, cause diarrhea, and other digestive problems, especially if your dog is a toy breed.

Therefore, it is best to avoid giving your dog any cupcakes if he is a small breed such as Pinschers and Chihuahuas.

Cupcakes aren’t a healthy treat that you should offer to your dog but if you really want your dog to take a small bite of it, you would need to ensure that the cupcake does not contain any ingredients that he is allergic to.

You should keep an eye on your dog for a while to make sure he doesn’t show any negative reactions after eating the cupcake for the first time.

Common basic ingredients that are used in preparing cupcakes such as wheat flour, eggs, sugar, butter and milk should be safe for your dog, but do keep in mind that if your dog is allergic to dairy products, that could bring about his allergic reaction.

Moreover, because of the high amount of sugar that is contained in these treats, allowing your dog to have them over a period of time could bring about health issues such as diabetes.

Too much sugar may also cause your dog to suffer from a temporary stomach upset or vomiting as well.

Xylitol in Cupcake Is Toxic to Dogs

It is important to note that some cupcakes (especially the sugar-free type) may contain a sugar substitute known as xylitol.

Xylitol is often found in the frosting or toppings and dogs are very susceptible to the toxic effects of xylitol.

The danger of xylitol to a dog is considerably greater than that of chocolate. It is imperative that you always check the label of any sugar-free or low-sugar product for the presence of xylitol before giving it to your dog.

Xylitol is generally considered harmless to humans but can be fatal to dogs.

Therefore, you should seek professional veterinary care if your dog eats a cupcake containing xylitol.

Cupcakes Is Bad for Your Dog’s Teeth

Cupcakes and their icings contain sugar, which can cause tooth decay.

It is essential to care for your dog’s teeth as they are not only used for eating, but also for grooming as well as self-defense.

It is therefore best to limit the amount of sugary treats that you serve your dog, since a dog cannot tell you if he is suffering from tooth pain until it is too late.

Is Chocolate Cupcake Safe for My Dog?

Almost all home-baked snacks and desserts contain chocolate, which most of us enjoy. As a matter of fact, chocolate benefits our bodies in several ways.

According to some studies, chocolate is able to lower cholesterol levels and protect the memory from deterioration in humans.

Dogs, however, do not experience the same benefits from chocolate, and it is considered as one of pups’ greatest enemies.

Despite chocolate’s popularity among humans, dogs are poisoned by them because they contain caffeine and theobromine. These compounds are not digestible by dogs. There is even the possibility of death from chocolate poisoning in dogs.

Humans are capable of metabolizing these two chemicals. Dogs, however, cannot, and that’s where the trouble comes.

For this reason, chocolate cupcakes are certainly something that you will want to avoid feeding your dog.

Despite the fact that the vanilla cake itself is not toxic, it does contain lots of sugar, which dogs don’t need in their diet, so you should stay away from feeding your dog with this type of cake.

There are no nutritional benefits associated with sugar. When excessive sugar is consumed in the body over a long period of time, it will cause the body to gain weight. This will lead to health issues such as diabetes.

So, consider giving your dog a healthier treat instead of a treat that is full of sugar and fat.

You may feel tempted to give your beloved dog some cupcake crumbs since you’re eating them.

This should be okay as long as you don’t give him the cupcakes on a regular basis and only give him a tiny taste. You must, of course, make sure that the cupcakes do not contain any ingredients that your dog may be allergic to.

But I would suggest giving your dog some healthy treats instead. The best thing you can do for your pet is not to feed him with junk food such as cupcakes if you love him.

Consider offering him a healthier treat, such as a bit of meat, sweet potatoes, kale or cauliflower.