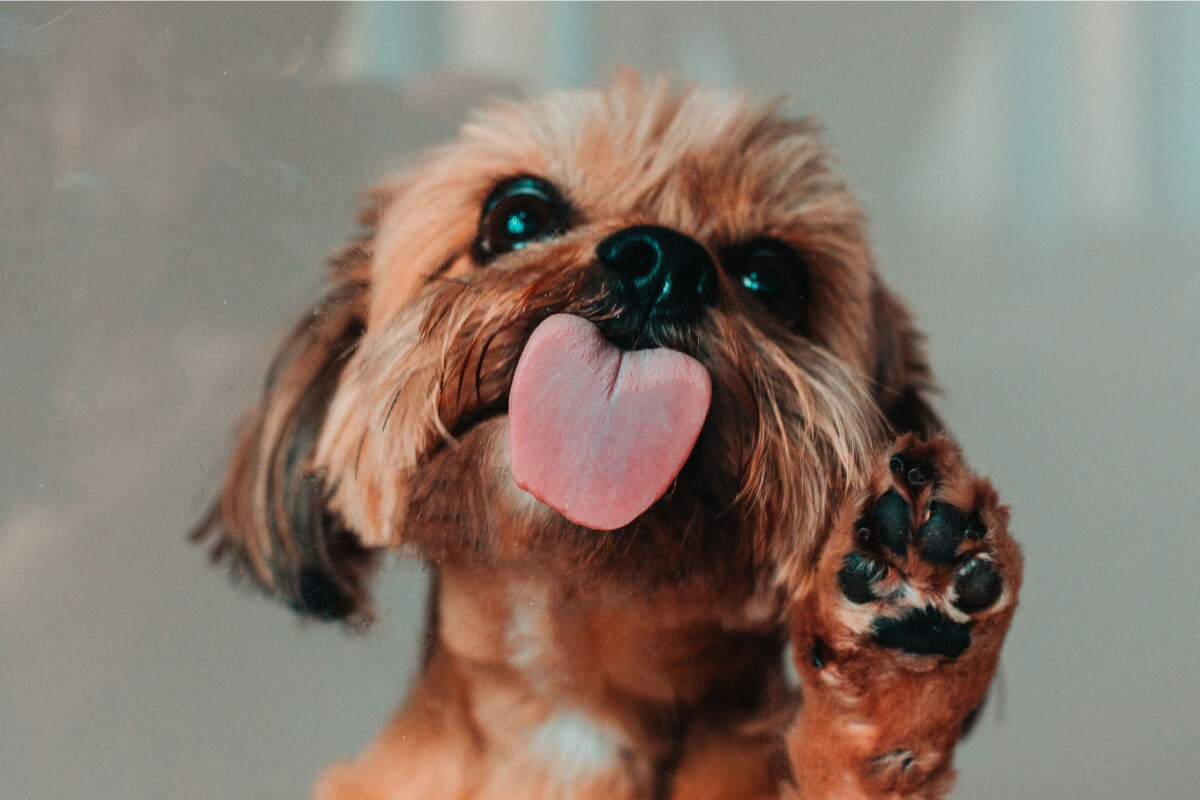 You may have seen your dog go to a garbage dump and start eating the scattered garbage. So it is of no surprise to see him licking up his throw up!

Dogs simply have a crave for smelly things!

Having said that, there are some explanations as to why your dog likes to eat his vomit.

Your dog likes to lick up his vomit because he is trying to remove his evidence to avoid punishment from you. He is genetically programmed not to leave any food behind. He sees his throw up as his “second” meal or making up for his nutrient deficiency. He could be curious about the taste of his vomit.

Your dog knows that he is going to get a scolding from you if you find his throw up on the floor.

He will try to hide or remove the evidence to prevent you from catching him.

And the FASTEST way is to simply eat up his vomit.

In other words, your dog is trying to clean up his mess before you catch him!

As he had an unpleasant experience of getting a scolding from you when he threw up in the house previously, that created fear in him.

So, he will try to avoid the situation by eating up his mess.

What should you do to correct this behavior?

Your dog is certainly not vomiting on purpose. So, there is no reason for you to get angry over it and yell at him.

You should instead just calmly approach him and clean up the mess before he gets to eat them again.

By not showing your unhappiness, your dog will naturally feel more comfortable and relaxed with you.

In fact, if you make him feel at ease, he will stop eating his vomit.

You should also give him a reward when he doesn’t eat his throw up. This will help him to associate not eating his vomit with a positive rewarding experience!

This training approach works well because dogs are generally motivated by rewards.

You should also work on finding out what’s causing his vomiting and address his discomfort.

He Is Genetically Programmed To Do So

Dogs in the wild will eat whatever they can find and will leave no food behind even if it is rotting and maggot infested.

This survival instinct is still programmed into them even when they are now mostly well taken care of by humans.

They are still fearful of bad times!

So, if you have ever seen your dog trying to eat garbage or his throw up, it is not a habit that was taught but something innate.

Of course, what you can do is to reduce the likelihood of your dog eating something that he shouldn’t be doing.

Ensure that he is well-fed with a balanced diet and has no access to any harmful foods.

The best diet for a dog is one that is high in protein, fiber and low in carbohydrates.

He Sees His Vomit As His “Second” Meal

This is likely the case where he is just regurgitating his food.

And since the food that he had regurgitated is still not yet digested by his stomach, they are still intact in appearance and smell.

The food simply passed through his esophagus and is being pushed back up again.

As the food is still maintaining its original “look” and taste, your dog will be able to identify what he is throwing up and see it as his “second” meal.

So he will just eat them!

To Make Up For His Nutrient Deficiency

Your dog is suffering from a lack of nutrients and will eat whatever that can bring him the nutrition he needs.

You will see him eating his poop, mud, grass, and even his vomit.

He will also exhibit symptoms such as body odor, dry flaky coat, loss of fur, lethargy as well as excessive drooling as the result of nutrient deficiency.

Look into what is causing his condition and work on addressing it.

If it is due to diet, work with your veterinarian to come up with a better diet for your pet.

Stop feeding your dog with those commercial dry foods as they don’t offer the nutrients that he needs.

Generally a dog’s diet should include a composition of 80% protein, 15% fat, and 5% carbohydrates.

Of course, this guideline will vary depending on his breed, age, and activity level.

It is also important to find out if your dog has any allergy to certain foods before making a change in his diet.

Your vet will be able to advise you on these details.

If it is due to health related issues such as problems with his digestion system, gastrointestinal issues or the presence of intestinal parasites, your vet would be able to recommend the appropriate treatment.

Curious On The Taste Of His Vomit

You may find your throw up to be disgusting and smelly. But that may not be the case for your dog.

As you are aware, dogs like to eat smelly and rotting stuff such as poop, rotten food and even feminine pad that is soaked up.

So it is no wonder that your dog sees his throw up as something that is enticing!

Is It OK For Dogs To Eat Their Vomit?

Depending on whether your dog is regurgitating or vomiting his food, that will determine if it is fine for him to eat his throw up.

Generally, if your dog is regurgitating his food, it should be safe for him to eat it again, since this usually happens if your dog is eating too fast.

So the foods should be safe for consumption.

But if your dog is vomiting his food, that paints a different story.

There is a likelihood that he has eaten something that is toxic, indigestible or bad food and that is causing him discomfort.

His body is trying to “get” them out!

You will likely see him having diarrhea as well.

Contact your vet right away as your dog needs immediate care.