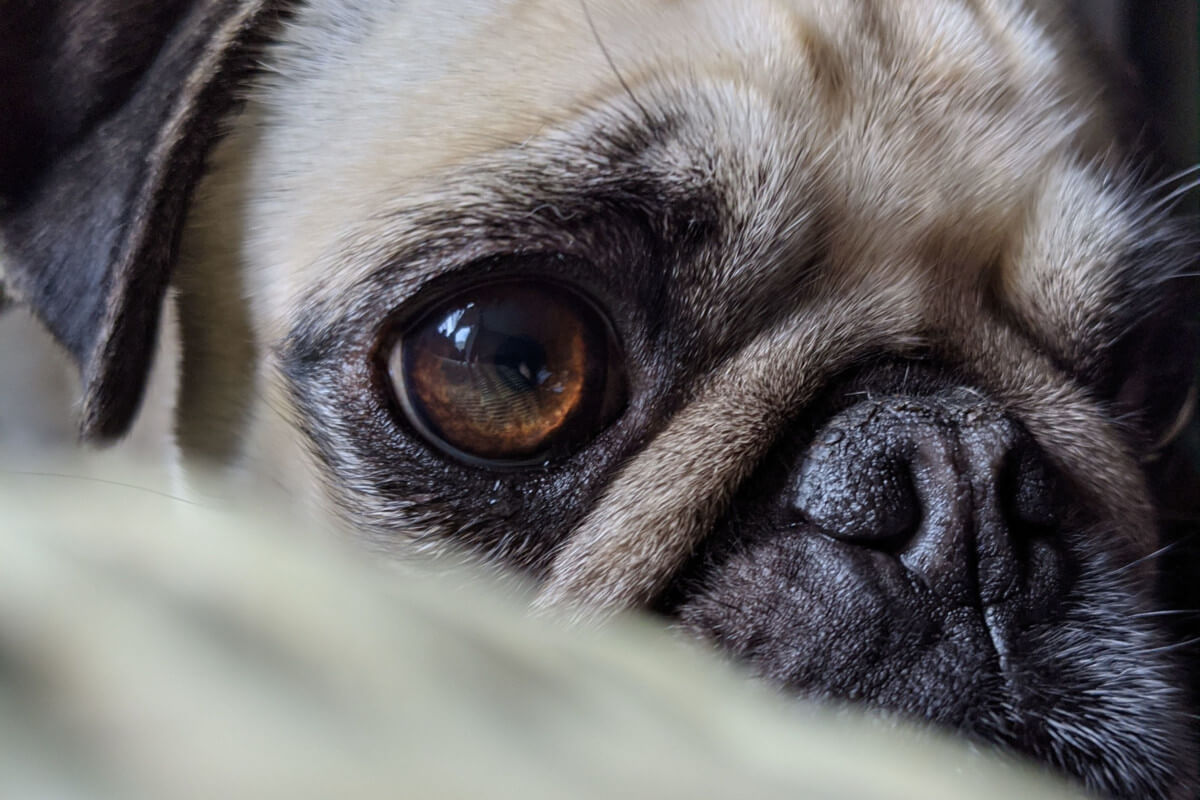 Your dog isn’t the only one who dislikes it when you blow in his face. If someone did that to you, I believe you would have the same reaction!

Your dog’s sense of smell is likely to be stimulated when you blow into his face. Fearing that something bad is going to happen, he may become anxious. This may cause him to react negatively and run away from you.

Of course, there are more explanations for that reaction which will be elaborated in this post.

Dogs dislike being blown at for many reasons. Your breath is unpleasant to them. The warm air and noise scare them, so they view the action as threatening. These strange blowing behaviors confuse them. Blowing at their face dries out their noses, irritates their eyes, and interrupts their breathing. Previous bad experiences can also contribute to this dislike.

His Nose Is Irritated by Your Foul Breath

Dogs freak out when you blow on their faces because their most sensitive organ (nose) has been overstimulated. They have highly sensitive scent receptors in both their mouths and noses.

If you’re a smoker, or if you eat or drink something with a strong scent that your pup detests, you’re likely to get this freak out behavior from him.

Even if you have a neutral breath, your exhalation is going to be warm and rich in carbon dioxide, and dogs just don’t like that.

Think about it. A dog’s nose contains millions of smell receptors and a forceful blow to their nose is likely to release tons of carbon dioxide and intense smells.

This explains why you will find your dog rubbing his paws against his nose and turning his head away from you when you blow at his face.

It is his instinctive reaction to protect his nose from the offending odor by turning away from you.

The irritant scent may be too much for him to handle, or he may not feel comfortable being too close to you.

Obviously, things can be turned around if you just ate a meaty snack that your dog liked, and he reacts favorably by licking your face and mouth to enjoy it more.

A Sudden Burst of Warm Air on His Nose Shocks Him

Imagine someone just opened a can of air and started blasting it at you without warning. How would you react?

You will certainly act with fear and panic. This is exactly what happens to your dog when you suddenly give him a blow to his face.

He is not prepared for this and will react with surprise and anxiety.

Since he believes that he should be safe with his pack leader (who is you), he had let his guard down and suddenly felt a gust of warm air hit his face.

In this unexpected situation, his instinct will tell him that he is in a dangerous situation, and that makes him run for his life.

Your dog is less bothered by your blowing than by the strange way you are communicating with him.

He is unclear what you are trying to communicate as he doesn’t do that (blowing) to his pack members. This uncertainty makes him feel uneasy and stressed.

Whether your dog is comfortable with this act depends on your relationship with him.

As long as he loves and trusts you, he’ll tolerate it, even if it causes him some discomfort. If he doesn’t know you very well, he may think you’re threatening and get nervous or annoyed.

Blowing at His Face Dries Up His Nose

The reason why your dog hates it when you blow at his face is because it dries up his nose.

Dogs’ noses are wet for two reasons: it improves their ability to detect scents, and it makes them feel pleasant. A dog’s nose drying out is like a human having a dry lip, which is annoying and uncomfortable.

That is why when you blow at his face, you will see him instinctively licking his nose to reapply the moisture to it.

It is also important to mention that the face and ears of the dog are covered with millions of hairs, so blowing air on their face would likely tickle them in an unpleasant irritating manner.

Blowing into His Face Interrupts His Breathing

Dogs use their nose to smell and to breathe. When you blow air into your dog’s face, you’re basically blocking his airflow. This will make him feel uncomfortable.

His Eyes Get Irritated When You Blow into His Face

When you blow into your dog’s face, he will suffer an unpleasant reaction due to the sudden gust of wind which hurts his eyes.

To avoid this unpleasant reaction to his eyes, he will blink his eyes and move his head or body away from you.

Bad Experience Associated with Blowing at His Face

Your dog might have had a bad experience with his previous owner who blew at him. Every time he blows at his face, he will get a scolding or a hit from him for no apparent reason.

This makes him associate that whenever he gets a blow to his face, bad things will happen.

That makes him freak out whenever someone attempts to blow at his face.

To help him overcome this, start by making sure that he feels comfortable around you.

You can do this by rubbing his belly or playing with him. As long as you are gentle, he will eventually learn that he can trust you.