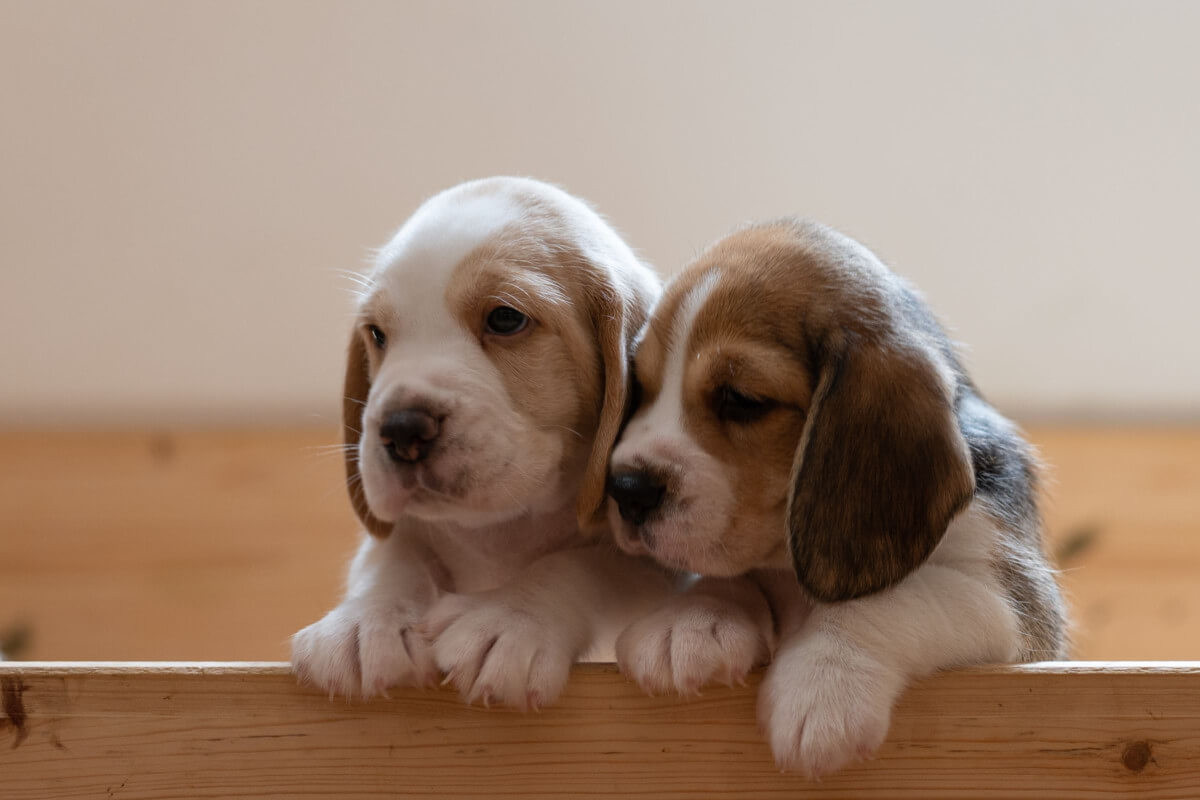 Did you know that puppy cannibalism can happen when the mother dog gives birth shortly or after a few days? This is truly a tragedy and a devastating loss in the life of a dog.

Puppy cannibalism can occur due to many reasons, such as stress, fear, undernourishment, starvation, a traumatic experience during the birthing process, getting rid of stillborn litter or failure to recognize her own puppies.

She Is Not Recognizing Her Puppies

You may be surprised to learn that not all dogs recognize their puppies as their own (as that doesn’t happen to humans).

But in dog’s world, mother dogs recognize their own puppies through their natural hormones that they had left on their own pups.

If that hormone is not strong enough or present, the mother wouldn’t know her own pup and that is when their predator’s instincts can take hold, resulting in tragic consequences (eating up their own puppies).

This is especially so for puppies who are delivered by C-section.

C-sections prevent the normal release of the hormone, which is responsible for the bonding between a mother dog and her pup after the birth of a puppy.

This makes the mother dog unable to recognize her own pups and if she is in hunger, her predatory instinct will kick in.

Getting Rid Of A Stillborn Puppy

When a mother dog finds her puppies being stillborn, she will think of a way to get rid of them.

In most cases, the mother will dig a hole in the ground and bury them. But if that is not possible, she will simply devour them.

So, as a dog owner, you should be aware of this behavior and act fast to help your dog “clear” the stillborn before she gets her mouth on them.

Intense Pain Of Nursing Due To Mastitis

A painful breast infection, called mastitis, can occur in dogs who give birth. This makes them feel extremely uncomfortable when nursing their litters.

It happens when bacteria or viruses enter the milk ducts of the mammary glands and usually starts out with some redness, swelling, and pain in the breast.

The pain can be so unbearable for the mother dog when the litter are “taking” milk from her.  This can cause her to react aggressively and strike an attack or even kill their puppies.

It’s a common complication during the postpartum period and often requires treatment. So, as soon as you find your dog is suffering from mastitis, you need to bring her to see a vet immediately.

She Is Experiencing Some Kind Of Trauma

Usually, these dogs are suffering from some kind of trauma or psychological problem that makes them act out.

Dogs that become emotionally disturbed are not able to know what they are doing, and they can be dangerous.

The barking sounds from the young puppies might have invoked their aggressiveness and made them attack (eat up) their own puppies.

Some signs that your dog may be suffering from some kind of emotional disorder include biting or scratching himself excessively, acting aggressive towards other animals or people, destroying your house or yard, avoiding social situations, sleeping more than usual, loss of appetite, weight loss, cowering when left alone and excessive barking.

It is recommended that you should seek professional help for your dog. If the dog is still behaving aggressively, then she may require a tranquilizer or an anti-depressant medication.

These dogs will not get better without proper medical treatment.

For Survival In Time Of Famine

The mother dog eats the dead or dying puppy for her survival or to ensure the well-being of the rest of the litter pack.

They do it to save the rest of the litter. This way, the sick or dead puppy will not spread the diseases or illness to the other litter.

They could also eat their puppies because of what is known as ‘kleptoparasitism’.

They have no other food source and will eat any prey they can find. This is most common when there are several pups in one nest.

Often, a mother dog will remove the weak and sick puppies from the litter and eat them instead of raising them. This often happens in times of famine.

Stress Makes Her Do Irrational Acts

Stress can manifest as aggressive behavior and direct it at the puppies.

Some dogs eat their pups because there are too many people visiting the litter, which causes them to be stressed or if the litter is so large that the dog cannot cope with it.

If there is a litter of puppies, and the mom doesn’t have enough resources or space, she may feel that she is unable to give them what they need and will eat the weak ones.

Or perhaps if there are too many pups, and the mom doesn’t have the energy to feed them all, she will also eat the weakest first.

Most adult dogs in puppy mills will cannibalize their pups if they are neglected or mistreated by their owners. They are not properly fed or given adequate care.

In fact, the primary reason for their act of puppy cannibalism is hunger.

They may also be stressed and this leads them to behave in an unsound manner.

Adult dogs in puppy mills are often kept in very small cages and have no access to the outdoors. They are usually kept in groups of 2-3 dogs per cage.

This space constraint makes puppy mill dogs extremely stressed during the birthing process and this can lead to cannibalism.

This inexperience makes them not know how to handle their puppies and vulnerable to committing cannibalism.

It’s Just An Instinct (Though Not a Common One)

There probably isn’t any such thing as an inherited trait that makes one dog more likely to commit cannibalism than another.

However, it is possible for some dog species, such as Staffordshire Bull Terriers, to have cannibalistic tendencies. These breeds do seem to have a natural “urge” to eat their own puppies.

But I think that’s mostly due to environmental factors such as stress and traumatic experiences rather than an inherited tendency.

So I would say that if one dog did commit cannibalism, it’s unlikely to be the result of some genetic predisposition, since the majority of dogs don’t eat their own young.

How to Stop a Dog From Eating Her Puppies?

If you find that your dog is attempting to eat her puppies, you can use the following methods to prevent it.

• When you bring your dog home, take her out of the crate and let her sniff her litter under your close supervision. Watch out for any signs of aggression.

• Keep the mother and the puppies separated in different cages.

• Designate a spacious and quiet spot for her nursing. Avoid any crowded areas.

• If she is aggressive towards the puppy, put a muzzle on her when she is nursing.

• Consider the option of spaying your dog. This will stop her from being constantly in heat and will also reduce her aggressiveness.