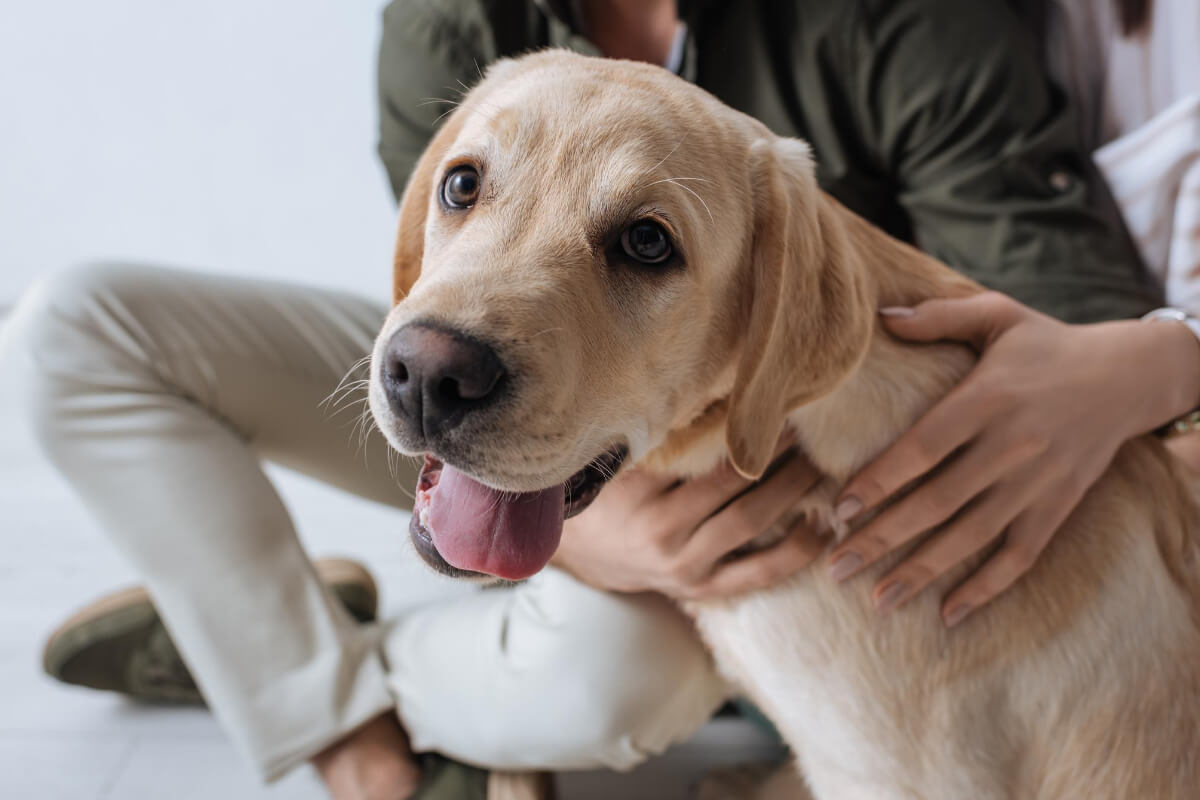 As a pet owner, it is important to understand the body language expressed by your dog so that you can better love and care for him.

Dogs communicate by barking, growling, and making various sounds to “tell” their owners how they feel and what they need. And if your dog starts snoring when you pet him, what is he trying to “tell” you?

He Is Feeling Excited When You Are Rubbing Him

Dogs are social creatures, and they enjoy interacting with people and other animals. When you pet your dog, he will feel aroused and excited.

His body will respond by snoring because of the thrill and excitement that he gets when you are rubbing him.

This is often accompanied by other body languages, such as:

He Is Suffering from Sleep Apnea

Petting makes your dog feel relaxed, and he goes to sleep. And if your dog is suffering from sleep apnea, that could explain why he is snoring away.

Sleep apnea is a condition that affects the way your dog breathes while asleep. A dog with sleep apnea will periodically stop breathing when asleep as the airways collapse and obstruct airflow to the lungs.

This condition occurs primarily in obese dogs and breeds with flat faces such as Boston Terriers, English Bulldogs, and Pugs.

A dog with sleep apnea may be temporarily jolted awake for 10 to 20 seconds at a time due to excessive fat or abnormal respiratory anatomy collapsing its airway.

Depending on what is causing your dog to have sleep apnea, some common treatment options include surgery, antibiotics to eliminate allergies, and weight loss.

Airflow Obstruction in His Respiratory Tract

Snoring can be caused by inflammation of the airway. Allergic reactions, trauma, infections, and irritants such as smoke and perfume are all potential causes of inflammation.

Snoring can also be caused by excess mucus that gets formed in his nose and throat and obstructs the airflow in his respiratory tract.

When the nasal mucous membranes are inflamed, they can become swollen and congested. This can cause a dog to start sneezing, which can result in coughing and snoring.

If your dog has never snored before and starts to exhibit this symptom, check with your vet to ensure there isn’t something else going on.

Your veterinarian will examine your dog for these potential triggers and also for any presence of tumors and polyps in the throat as well.

Some Breeds (Brachycephalic) Snore When They Are Excited

It is common for dog owners to associate their pet’s snoring as a sign of poor health, a symptom of sleep apnea, or some other medical problem.

However, this is not always true.

This snoring behavior is more prevalent for brachycephalic dogs, such as bulldogs, pugs, or Shih Tzu, as they have a shorter and narrower airway due to their anatomical structure.

Short snouts are associated with snoring in these dogs.

Petting Your Dog While He’s Lying Back Makes Him Snore

The position in which your dog sleeps can greatly affect the airflow into his throat. You may hear your dog snoring a lot if he loves to lie sprawled out on his back.

Back sleepers commonly snore loudly because their tongue will roll back into the throat, blocking the airway and causing them to snore.

Their neck shape and position may also play a role in causing the snoring.

Allergic Reactions Are Causing Him to Reverse Sneeze

If you find your dog starts snoring when you are staying close to him, it is possible that he is allergic to something that you have been wearing or perfume or cologne that you applied to your body.

He could be having a reverse sneezing attack due to inhaling these airborne allergens.

The term “reverse sneezing” comes from the fact that dogs seem to inhale their sneezes. It is a loud snorting sound that mimics goose honking.

Reverse sneezing happens when a dog’s soft palate is sore. It is a muscle that assists with breathing, swallowing, and vocalization.

Inflammation of this muscle causes it to spasm, which leads to narrowing of the trachea. In order to breathe, the dog will extend his neck, but the narrowed trachea prevents him from inhaling fully.

This causes the dog to back sneeze as he tries to inhale forcefully through his nose.

At times, your dog may be allergic to other things in your home that are causing him to have an allergic reaction, including food, dust particles, dander, mold spores, pollen and other allergens found in your house.

Snoring May Be Caused by Your Dog’s Cold

In dogs, rhinitis affects the nose similarly to your common cold. The inflammation of the mucus membranes may cause your pet to have a stuffy or runny nose. Your dog may sneeze, breathe laboriously, and snore if it has rhinitis.

So do take note of your dog’s health condition, especially during the cold seasons period and keep a lookout for signs such as nasal discharge, rapid breathing, wet sneezes, watery eyes and fatigue.

You can tell your dog’s temperature by feeling his ears. If his ears feel cold, especially around the edges, cover him with a warm blanket or have him rest on a heating mat.

As long as the temperature does not drop below 45 °F, your dog should be in good condition.

However, when the temperature falls below that, he may become uncomfortable and start looking for a warmer spot or lay at your feet for your body warmth.

Should You Be Worried If Your Dog Snores?

Dogs snore when the airflow in their nasal passages or the throat is restricted, as in the case of humans.

An occasional dog snore is usually harmless if it is due to his sleeping posture. When your dog sleeps on his back, he is likely going to snore because of the restriction of the airflow in his nose. The snoring will go away once he has adjusted to the side sleeping position.

In fact, most dogs snore occasionally, and some do it all the time, particularly for flat – faced dog breeds like the French bulldog, Pug, and Boston terrier.

This is because brachycephalic breeds have a nasal structure that is much shorter than that of a conical-faced dog. This means that they generally have narrow nostrils, tight nasal passages, a slim windpipe, and a long soft palate. As a result, they often have breathing difficulties.

Regardless of the breed, if you notice that your dog snores excessively, it could be an indication of more serious health issues. These include an obstructed airway and nose, allergic reactions, being overweight, having a cold, or even a reaction to cigarette smoke.

If you are concerned about your dog’s snoring, do not hesitate to get in touch with your vet.

Can You Help Your Snoring Dog?

If your dog’s snoring is caused by environmental factors or sleeping posture, here are some things that you can try to stop it.

Try putting a humidifier in his room to help him breathe more easily. Get him a round bed to lay down on, which will help him to breathe better too. Finally, you can prop his head up with a pillow.