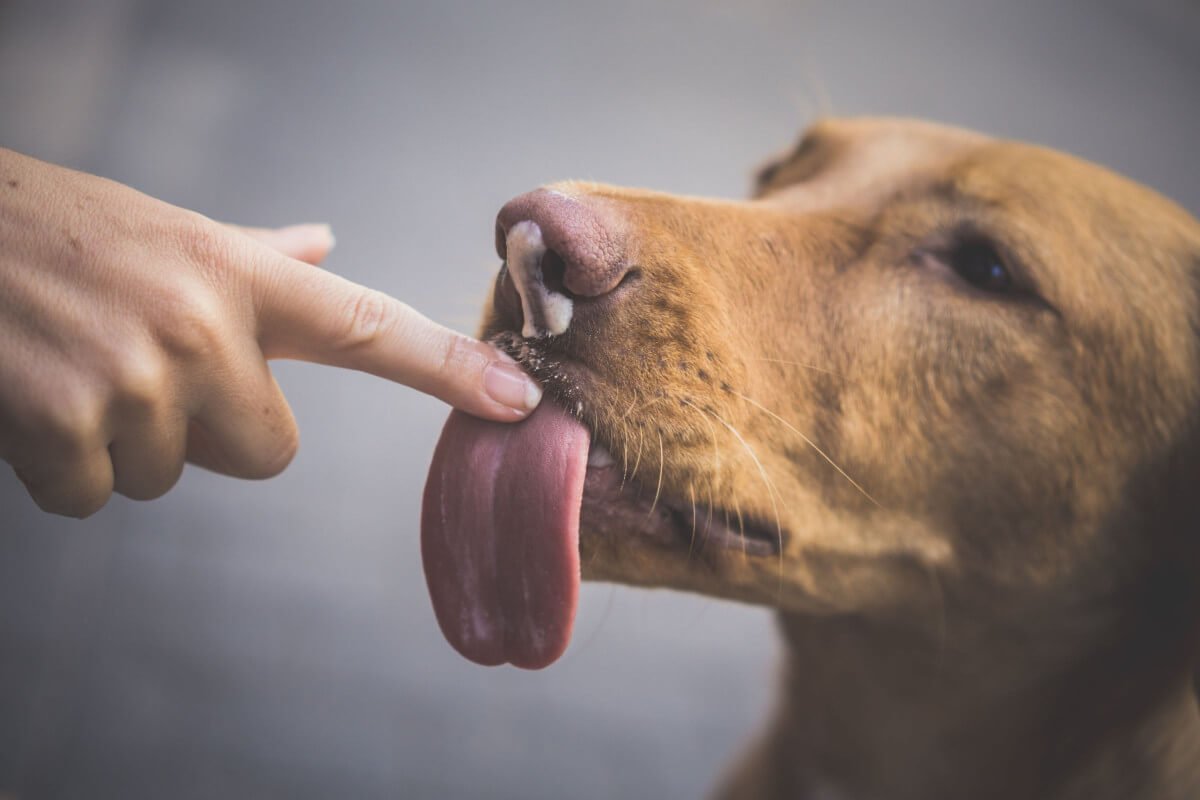 You have recently found your dog keeps scratching his mouth even when he is not eating and that makes you worry about what is happening to him?

Your dog is suffering from an allergic reaction (due to food, pollen or mites). He is experiencing mouth discomfort as the result of toothache, swelling or bleeding of gum and tongue. He is undergoing his teething stage, which makes him uncomfortable. He is trying to relieve his boredom or ease his anxiety.

Did you make any changes to his diet lately?

Your dog could be suffering from some allergic reactions as a result of the food he eats.

Besides scratching his mouth, he could be exhibiting other allergic symptoms such as hot spots, vomiting, diarrhea, itchy paws, pigmented or itchy skin as well as difficulty breathing.

He could also be pushing things with his nose as he is trying to ease the discomfort in his nostrils.

If you have made any changes to his diet recently, revert to the old food and see if he reacts to them again.

It is advisable to always keep a close eye on your dog to notice any signs of allergies if you have changed the brand of the food that he is having.

Some commercial dog foods might contain ingredients such as wheat, soybeans, eggs and shellfish that can cause your dog’s allergic reactions.

Besides foods, other possible allergens, including pollen from grasses, weeds or trees as well as dust mites, could also trigger an allergic reaction in your dog.

If you are unsure about what is causing your dog’s allergies symptoms, you should consult a veterinarian for a proper diagnosis and treatment.

What would your dog do if he had a toothache or something got caught in his teeth?

He would probably scratch his mouth and lick his teeth as an attempt to ease the discomfort.

You could also hear him making some grunting sounds as he felt the pain in his mouth.

What you should do is to perform a visual inspection on your dog’s mouth.

Check for any foreign objects that get stuck between his teeth, any swelling on his gums or tongue, any signs of bleeding or trauma.

It could have been some insects such as bees biting on his tongue causing him discomfort, or he might have accidentally bitten his tongue or had a painful ulcer in his mouth.

If you notice any of these signs, you should immediately visit your veterinarian for a thorough examination and treatment.

If your dog is still a puppy, he might be undergoing his teething stage and is experiencing discomfort in his mouth.

It can be a painful experience for him, and he tries to let you know by scratching his mouth.

He hopes to get your attention and seek your help.

You will likely find him chewing on things in your home, from his bed to the couch as he tries to soothe the pain and discomfort.

If he ingests these inedible items, he will fall sick and start throwing up.

What do you need to do?

Make sure that you provide your dog with some safe chewing toys that he can get his mouth on.

You should also provide him with some chewy treats to satisfy his chewing instincts.

Keep him in his crate if you are unable to keep an eye on him. This prevents him from chewing on your furniture.

It is important to keep calm and avoid showing your anger at him if he does anything that is not acceptable.

Remember, your dog is undergoing his discomfort stage, and he needs your affection.

To Relieve His Boredom

Your dog is probably feeling too bored and is trying to keep himself entertained.

He’ll find ways to occupy himself, such as chasing his tail, scratching his mouth, licking his paws, chewing on your furniture or scratching your bedsheets.

To ease his boredom, you should provide an outlet for him to release his excessive energy.

You can do this by playing with him, taking him for a walk, or giving him something to chew on.

Physical games such as playing fetch, tug of war and chasing bubbles are great activities for your dog to drain off his pent-up energy and keep his energy in check.

In addition to the physical activities mentioned above, you may also want to incorporate some mental simulation activities, such as giving him a puzzle toy that is hidden with a treat for him to figure out how to get the treat out of it.

This will help to exercise his brain and keep him mentally tired.

There is a saying that “A tired dog is a good dog”, and this certainly holds.

So, if you want a well-behaved dog, make sure that you keep his energy in check by exercising him.

If you find your dog starts scratching his mouth and licking his body the moment he sees you wearing your shoes (he knows that you are leaving the house), he could be suffering from what is known as separation anxiety.

He knows that he is going to be alone in the house again and that makes him stressed.

By scratching and licking himself, he tries to calm his nerves.

You will need to work on building up his confidence to be left alone. This can be done by giving him a safe place to retreat to whenever he is feeling nervous.

Crates would be an ideal option.

You can make the crate a cozy, secure and personal place for him to be in when he feels stressed and needs to calm down.

Make sure that the crate has plenty of toys for him to play with when he is in there.