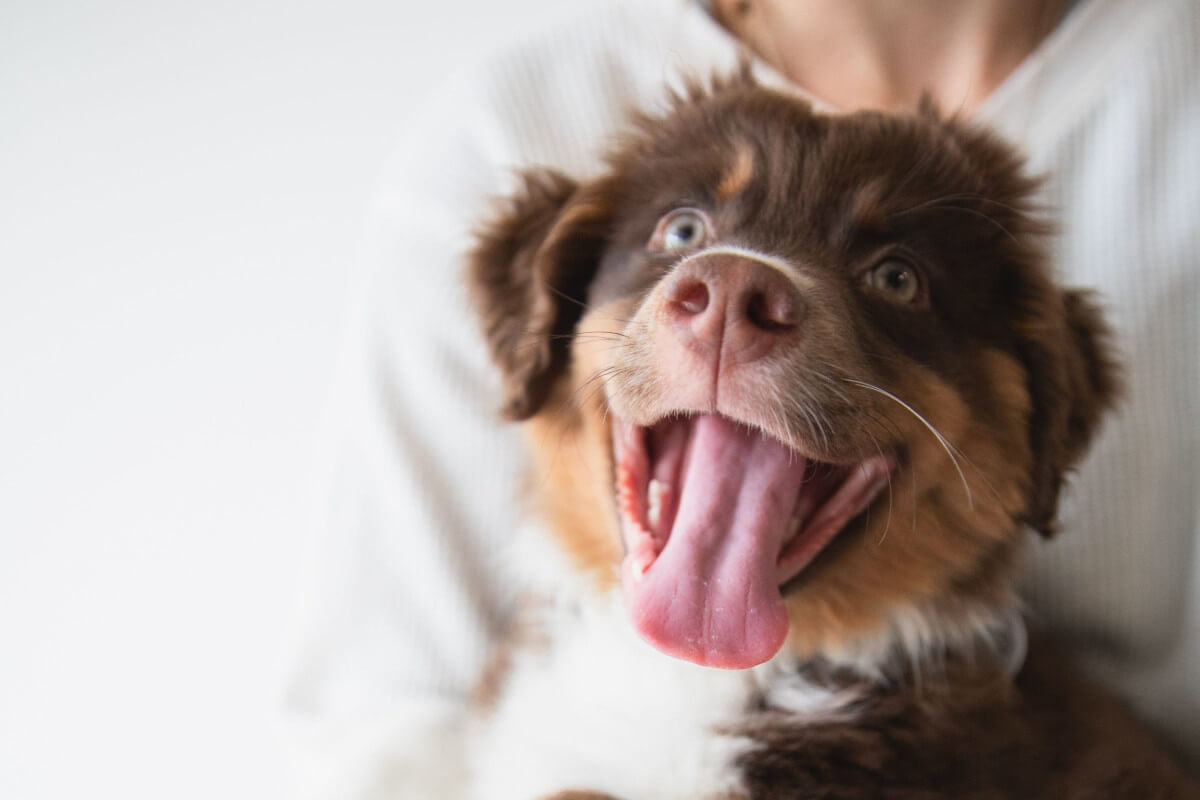 In short, the answer is “Yes”. It is common for puppies to throw up when they are teething because of the pain associated with their teeth coming through their gums.

This type of vomiting is normal and to be expected during the teething period, which can last between 4 and 6 months for their adult teeth to fully emerge.

However, if your puppy keeps vomiting repeatedly or is showing signs of severe discomfort, then it may be a cause for concern.

You should seek veterinary advice immediately as this could be a symptom of a serious health problem.

When your puppy is going through his teething stage, he may have ingested something toxic or indigestible and that makes him throw up. Pain from teething makes him lose his appetite and causes his stomach acid to flow back to his esophagus, causing him to vomit. He swallows his food without chewing it and this causes indigestion.

He Chews On Something Indigestible Or Toxic

You see, during the teething period, your puppy will feel great discomfort in his mouth and he will try to relieve this pain by gnawing on anything that he can get his mouth on.

This can be anything he can find in your home, such as your wooden furniture, clothes, shoes or even your bags.

If he eats something that is toxic or indigestible, it can cause him serious health issues.

This is why it is so important to provide a safe and comfortable environment for your puppy during his teething process.

The only way you can stop this is to prevent him from accessing them in the first place.

And the best way of doing this is by installing a baby gate. This will restrict his movement to only a safe zone that you have chosen.

This will mean that there are no harmful objects in that “zone” that are of risk to him.

To ease his teething discomfort, get him some chewing toys or sticks and rawhide bones that he can safely get his mouth on.

You can also go for frozen foods such as cold carrots, frozen strawberries or bananas as an alternative.

If your dog hasn’t been eating for quite a while due to the discomfort of his teething, acid will start to build up in his stomach since it can’t be used up for any digestion. (there isn’t any food in his stomach!).

The acid will start to flow back into his esophagus and cause a burning sensation and discomfort in his throat, and make him throw up.

This condition is often known as Acid Reflux.

Here are some ways that you can help your puppy to overcome this discomfort.

1. Keep your puppy on food that’s easy to digest. Avoid those dry hard kibbles and go for softer food such as steamed potato, boiled chicken, eggs, or cottage cheese.

2. Make sure that he is well hydrated, and give him water before feeding him.

He Swallows His Food Without Chewing It (Indigestion)

It is common for a puppy to swallow his food and not chew it during the teething period.

And when he does this, that might cause an obstruction in the esophagus, which could lead to discomfort.

This is going to be more prevalent if you are giving him a big chunk of meat for his meals.

He is probably going to vomit or regurgitate the food out of his stomach.

What you can do is to make a change to his diet plan and include some soft and wet foods such as boiled sweet potato, cooked carrot, boiled broccoli or cooked lean chicken in his meal.

Add some chicken stock to his food (to make it more soggy) and cut the chicken into small pieces before feeding him.

This will certainly help with his food digestion and prevent any throwing up.

But if you have noticed any signs of persistent vomiting, bring your pet to see a vet immediately, as this might be a sign of an infection in his esophagus, stomach or intestinal tract.

What Are The Symptoms Of A Puppy Teething?

When your puppy is going through the teething stage, the symptoms can be quite noticeable.

The most common signs include redness and irritation of the gums, swelling and bleeding of gums and excessive drooling.

It can also be accompanied by restlessness (persistent whining), biting his bed when he is asleep, excessive licking, slow eating and biting his bum and tail.

Teething usually occurs when your puppy is around 3 weeks old and the process of teeth coming through the gums is called eruption.

When this process is occurring, your puppy will become more restless than usual and start chewing at everything in sight, including your furniture, clothes and even your legs, arms and hands.

That is why it is important to keep an eye on your puppy during this period, as he may be trying to self-soothe with his chewing and ingest some toxic or harmful things.