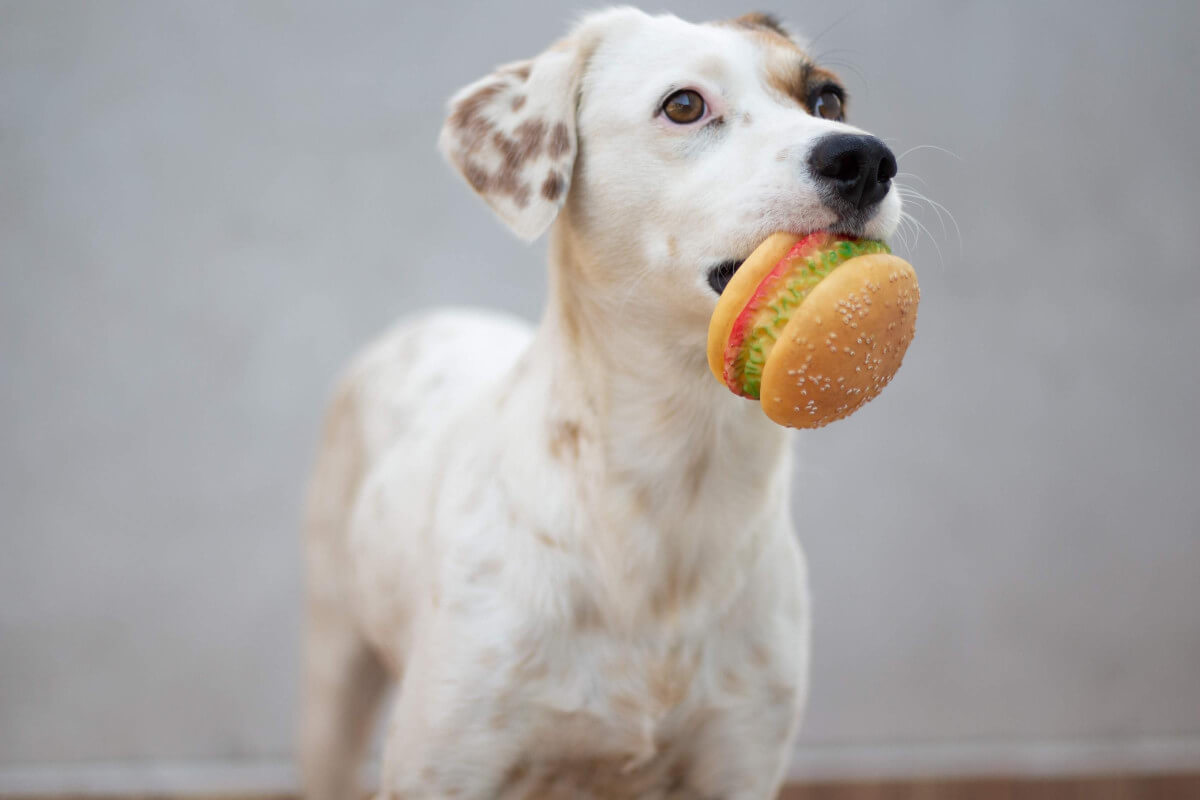 While your dog rubbing his face after a meal seems to be normal behavior, it might also be an indication that something’s amiss if he does it excessively.

Let’s find out what your dog is telling you when he does this act after each meal.

Your dog is rubbing his face after eating because he is trying to groom himself. You have made his act a rewarding experience for him. He loves his food so much that he wants the scent to cover his face. He is expressing his pleasure at his food. He had picked up this habit from you. His food allergy is causing him to rub his face to relieve his discomfort.

He Is Grooming Himself

When your dog rubs his face after his meal, he’s probably feeling the urge to clean himself. He’s trying to remove any remnants of the food that’s stuck between his teeth, and this is why he’s rubbing his face.

It is important that you have to be vigilant about this behavior. If he is performing this act (rubbing his face excessively) even if he is not eating, then it could indicate some other problem.

In some cases, your dog could have fleas or ticks in his fur and face, which would cause him to be in a state of discomfort.

He could be having trouble with his teeth or some kind of infection in his mouth.

He is likely to keep rubbing his face, mouth and body against some hard objects such as furniture, walls and floor to ease his discomfort.

You should perform a visual inspection on his coat, paws, face and mouth to look for any visible signs of irritation or red spots and if there are any, you should treat them with antibacterial soap and water or take him to see a vet.

You can get fleas off your pet’s fur and skin just by washing it with lukewarm water and mild soap. The dish soap will help kill the adult fleas as well. You should always consult your veterinarian before using a flea shampoo or something similar.

A Habit That He Had Picked Up From You

Do you have the habit of using wet tissue to clean your face and mouth after each meal? Your dog might have picked up this habit from you when he observes what you have been doing.

You see, dogs are good at imitating what their owners are doing and if your dog finds this act of rubbing the face after eating to be fun and interesting, then it’s no surprise that he will pick it up as a habit.

He Is Allergy to His New Food

Did this habit of your dog rubbing his face only happen recently when you made a change in his diet?

Dog’s food can contain a number of different ingredients, including meat, bones, and vegetables. If your dog is allergic to certain ingredients present in commercial dog food, he might develop an allergic reaction to his new food.

Most commonly, dogs are allergic to poultry (chicken, beef and lamb), dairy products (eggs and milks), wheat, soy and fish.

A dog’s allergies can manifest as itchy skin, rash, swelling of the face, ears, lips, and eyelids, diarrhea, and vomiting.

This disorder could lead to your dog rubbing his face and skin as he is feeling discomfort and itching.

An allergic reaction is a serious medical condition that needs to be treated as soon as possible by a veterinarian.

Keep track of what your dog eats and make small changes in his diet gradually if he has a history of allergies. This will ensure that he reacts well to the modified diet.

Anxiety Is Causing This Kind Of Behavior

It is a natural habit for dogs to lick their mouths and rub their faces whenever they are feeling stressed or nervous.

If your dog knows that you will be “disappearing” after feeding him, he will naturally be overcome with anxiety right after eating as he knows that he will be left alone.

This may cause him to lick excessively or rub his face repeatedly as these actions release endorphins (the “feel-good” hormone) in his body and help to keep him calm.

It is possible that your dog is prone to separation anxiety and starts to exhibit signs of stress when left alone.

Some other signs include :

You should work on treating separation anxiety disorder if your dog exhibits either of the above behaviors frequently.

To Express His Pleasure With His Food

A dog’s facial expressions are an excellent indicator of how much he is enjoying his meal. When he is eating, he might smile, lick his lips, or even give a quick glance toward the kitchen table. These are all signs of a satisfied dog.

And if your dog rubs his face after eating, he is expressing his satisfaction with his meal and showing you his happiness.

This is similar to humans, whereas we give a thumbs up if the food tastes good. But since your dog can’t do that, he will rub his face to show his appreciation for his food.

Additionally, he may exhibit his happiness through a relaxed body posture, including a wagging tail and floppy ears.

He Wants Food Scent to Cover His Face

Your dog loves his food so much that he wants the food scent to cover his face after he has finished eating them.

And the way to do this will be to rub his mouth and face so that the food scent that is still on his mouth will remain on his face.

It’s more on the act of scent rolling.

He Has Been Rewarded for His Behavior

A reward can change your dog’s behavior drastically. If your dog receives a reward for something he does, he may think that what he’s doing is fun and worthwhile.

He may also want to do more of the same thing because he knows it gets him a reward. This is called positive reinforcement.

Therefore, if you have at some point rewarded your dog (with treats or attention) when he rubs his face after eating, he will associate it with a positive outcome and will likely repeat it in the future.

Because of this, you should always ensure that you reward your dog only for behaviors that you want to reinforce.