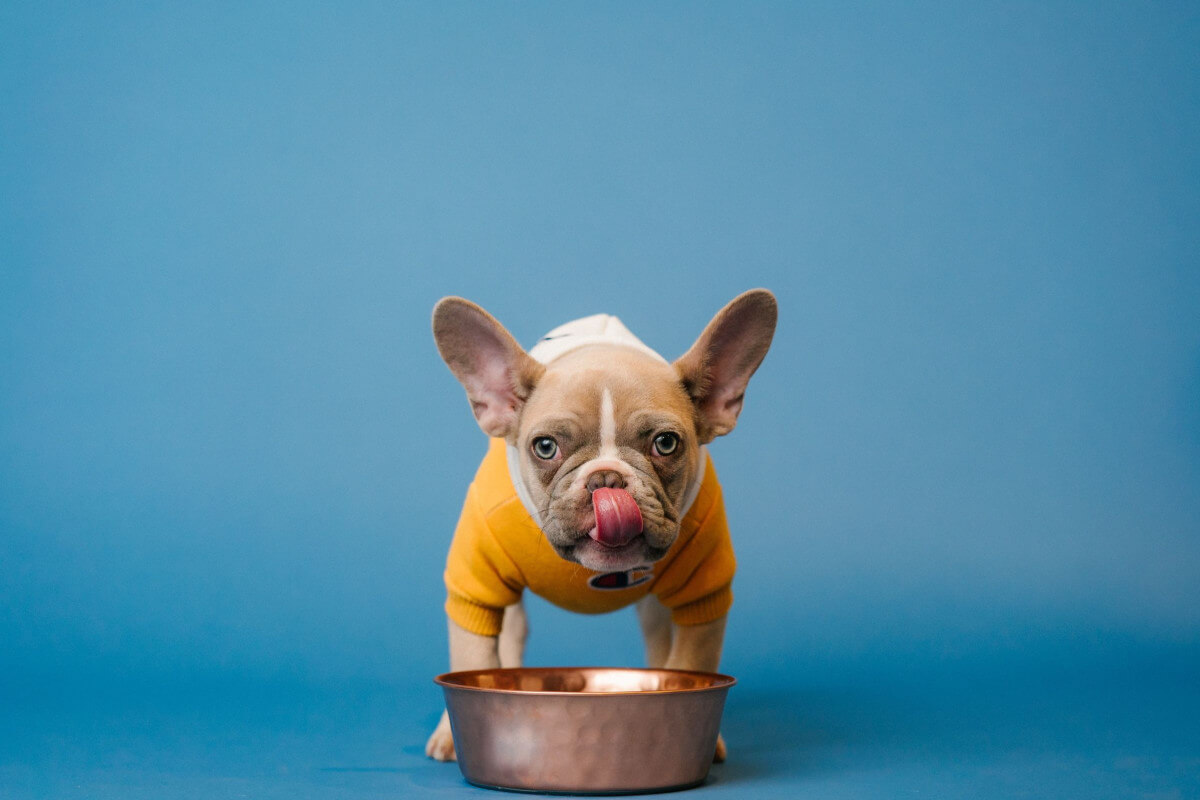 You had placed your dog’s water bowl right in front of him because you know he will be thirsty after a playing session.

But what he is doing next has caught you by surprise.

He lifts his leg and starts peeing on his water bowl. This act shocked you and made you wonder why he was doing this?

Your dog is peeing on his water bowl for various reasons, such as claiming his ownership of the bowl, doing his potty on the spot where the water bowl is located or trying to prevent accidents by peeing in his bowl. He knows this is the way to get your attention, or an undesirable behavior that he had learned from the shelter.

He Is Claiming The Ownership Of The Bowl

This is his way of telling the world that “This bowl belongs to me!”.

He is marking the water bowl as his property because he is in fear that another pet will steal his water and wants everyone to know his ownership of this bowl.

This is often the case when you have another dog in your home, and he feels the threat of that dog stealing his water.

You see, dogs have a strong territorial instinct. It is their nature to protect their properties, and they will pee on areas and things that they want to claim their ownership.

To correct his possessive behavior, you would need to have an individual water bowl for each of your dogs.

This will make your dog learn that his water bowl is only for his use and no other dog is going to possess it.

Keep in mind that your dog is equipped with an acute scent smell and is able to detect the scent of another dog using his water bowl.

The Water Bowl Is Seated On His Peeing Spot

Dogs will go back to the same spot where they had previously done their peeing for their next potty.

So, if your dog smells the scent of his urine on the spot where his water bowl is located, he will want to go back to the same place to urinate.

That is when you might have misunderstood that he is peeing on his water bowl, while in fact, he is trying to pee on the spot where the bowl is located.

It is important that you remove your dog’s urine scent thoroughly whenever he has an accident in the home as the scent will lure him back for his future potty.

You can make use of baking soda as this powder has an amazing effect in neutralizing any odors.

Simply sprinkle some powder over the stained carpet that your dog had pee on and let it sit for a night before using a vacuum to clean it up.

So, the next time your dog has an accident at home, clean up the area where he pees using this method and that will remove the urine scent that he has left behind.

For a permanent solution, you should teach your dog to go to a designated spot for potty and this will prevent him from having accidents in the home and save you the chore of having to clean up his mess.

He Pees On His Bowl To Prevent Accident

Your dog is suffering from a urinary tract infection (UTI) and is unable to control his bladder.

As your dog knows that he is not allowed to pee anywhere in the house (he is already house-trained), the easiest way is to simply pee in his water bowl.

UTI is an inflammation of the urinary tract and may be the result of a bacterial or viral infection.

This disorder can occur in both male and female dogs and there are many factors that predispose them to develop UTI, such as bacteria infection (Escherichia coli), improper diet (foods that trigger UTI include raw carrots, asparagus, tomatoes and spinach) as well as illness such as kidney diseases, diabetes or bladder inflammation.

Signs to lookout for when your dog is having UTI include frequent urination, surprise peeing accidents, persistent licking of his genitals, cloudy or bloody urine and fever.

Unquestionably, you need to get him to the veterinarian at once. The most effective treatment for UTI is antibiotics, which is likely what your vet is going to prescribe for him.

He Is Doing It To Get Your Attention

If your dog pees on his bowl and finds that you give him your attention immediately, he will learn that this will be the way to get your instant attention.

He will associate peeing on the bowl with getting your attention and will perform that act whenever he wants you to be with him.

His brain has learned to associate that act with positive outcomes.

So, if you find your dog only does this act when he is alone, and not at other times when you are with him, then it is an attention-seeking behavior that needs to be addressed.

What you should do is to make your dog know that there will be BAD consequences for peeing on the bowl.

Show him your unhappiness expression, give him a firm and stern command, “No” and walk away.

At first, your dog may be confused and wonder why you are getting angry and walk away, but after a few seconds, he will start to realize that you are unpleasant with his act of peeing in the bowl and that you are leaving him because of that.

He will learn that he will not get your attention if he pees in the bowl and will avoid performing that behavior again.

Of course, you should also reward your dog whenever he learns to do something right.

So, if your dog stops peeing on his bowl and obediently drinks water from it, you should praise him and give him a small treat as a reward.

He will learn to associate NOT peeing on the bowl with getting treats and your love and attention.

An Undesirable Behavior That He Had Learned

Your dog could have picked up this undesirable habit when he is in the shelter.

He had learned from other dogs that this is a good way to “safeguard” his food and water bowl, and to mark them as his property.

This unwanted behavior can be very difficult to break because it has ingrained in your dog’s brain.

The environment in the shelter might have made him think this was okay as no one was correcting him for this behavior and all the other dogs were also acting in this manner.

This behavior is certainly unpleasant and needs to be corrected.

You can make use of a shock collar to assist you in curbing this undesirable behavior.

It is a collar that emits a static pulse that your dog will find unpleasant to let him know that what he is doing is unacceptable.

If he decides to ignore the shock, the correction will be repeated. If the dog ignores it again, then you will need to get more intense with your corrections.

The correction should always be applied in a controlled manner so that your dog does not get hurt.

He Is Not House-trained Yet

When your dog is new to your home, he needs to be properly house-trained to know what is expected from him.

He needs to follow the house rules that you have set up for him, which will include where he will do his potty, sleep, eat and play.

Unless he is house-trained, it is inevitable that he is going to have accidents in the house, which include peeing on his food or water bowl.

He will be going back to his own ways of doing things which he believes are correct.

So, it is important that you start him on the house training program as soon as he joins your family.

This will help him to adjust to his new environment and avoid any further accidents.

A dog that is properly house-trained will know what you are expecting from him.