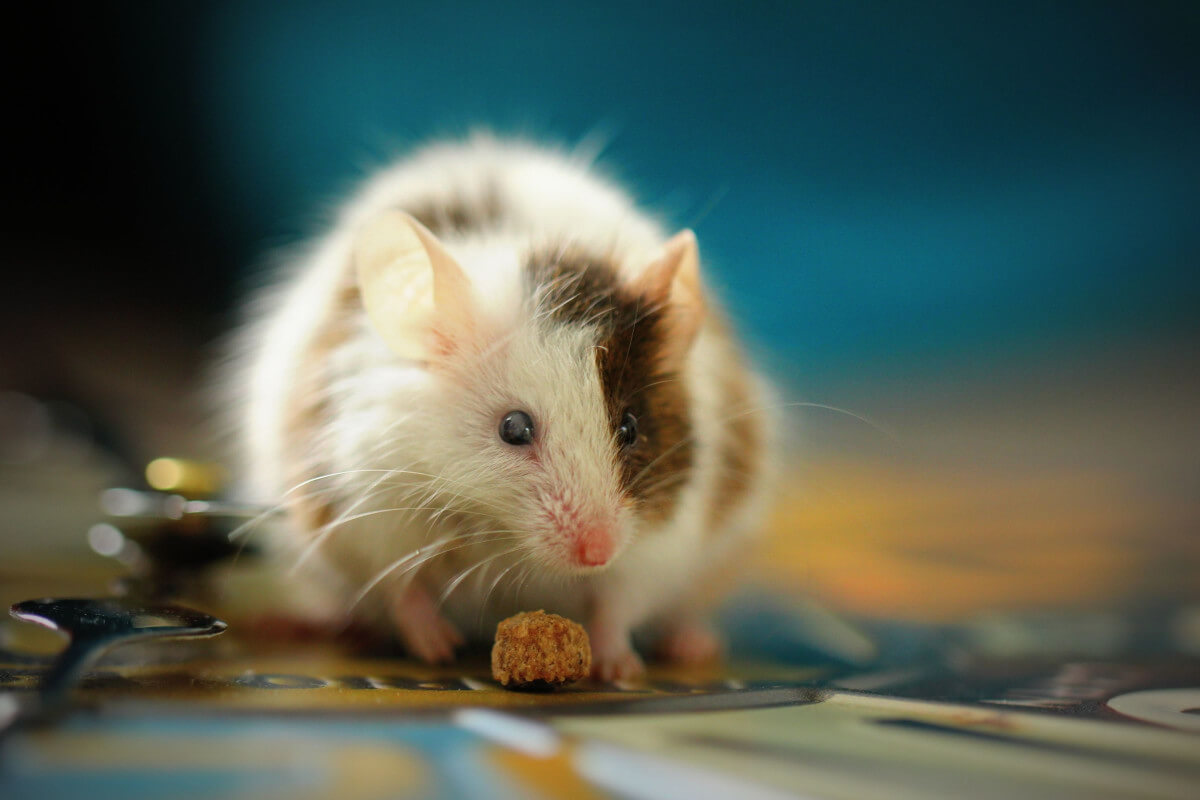 Dogs are known to love chasing after rodents and small creatures.

This is especially so for hunting dog breeds such as Beagle, Fox Terrier, Boykin Spaniel and Cocker Spaniel due to their instinct hunting skills.

So, dogs are certainly NOT afraid of mice and, in fact, with the presence of dogs in the house, you are unlikely to find mice around.

How Do Dogs React to Mice?

If your dog is able to see the mice in action, he will give chase right away in an attempt to catch them.

But if they are hiding somewhere in the “dark” corners of your house where he can’t see them, he might be tempted to sniff around looking for them and start barking at the wall or scratching the wall.

He will do this by sticking his nose in places that look “suspicious”, which could mean he had at least caught a whiff of them!

He will then bark or whine at the spot that he believes the mice are hiding in.

And if your dog finds the mice are not moving at all, he may not be interested in them and will just keep barking and staring at them.

And if the mice don’t want to be chased, they will probably give up and move on to other places which explain why there will be fewer mice activities in your home with the presence of a dog.

Will a Dog Scare Away Mice?

In general, dogs do scare mice away as they tend to chase after fast moving rodents such as rats, mice, squirrels, porcupines, hamsters, and guinea pigs.

They are also known to attack them if they get too close.  However, the type of dog that you keep will determine how aggressive your dog is at getting rid of them.

Say if you keep a hunting dog such as a Fox Terrier, he will possess great hunting skills and will be able to track a scent with great accuracy.

He will also have keen eyesight, which allows him to catch his prey within a short time.

So, it is no wonder that you will find mice activity to be minimal in his presence.

Are Mice a Danger to Dogs?

You may be wondering what will happen if your dog manages to catch the mice and eat them? Will there be any health risk to him?

The short answer is “Yes”.

The health of your dog will be compromised if he eats mice that are poisoned.

This is especially so if the bait trap which contains poison is ingested by the mice, and they are subsequently eaten by your dog.

Some poisons can be fatal to your dog even in small quantities.

Mice are also known to carry a variety of diseases. As they’re feeding on food scraps that may be contaminated, they became the carriers of diseases such as salmonella, hantavirus and lymphocytic choriomeningitis (LCM).

So, if your dog had ingested the waste from mice, he could be at risk of feeling unwell.

If you observe your dog being sick or has any unusual symptoms that include excessive salivation, vomiting, diarrhea or loss of appetite, bring him to see a vet immediately.

Having known that mice could pose potential health risks to your dog if he eats them or their wastes, you would want to keep them away from your dog.

This brings us to the topic on if your dog’s food will attract mice?

Some pet owners say they don’t bother to clean up their dog bowl after their dog is done with their meal because they think it won’t attract mice.

But this is not true! Dog foods DO attract mice.

You see, mice will eat whatever they come across as they are opportunistic feeders.

Though you may feel that leftover dog food is not at all appealing, it can still be a tasty and nutritious meal for mice and attracts their “visit”.

There is also a potential risk that mice might pee on the leftover food and when your dog consumes it, he will be at risk of being infected with diseases such as lymphocytic choriomeningitis.

Will A Mouse Bother a Dog?

The presence of mice in your home could potentially make your dog feel restless.

This is because he could hear and smell the scent of the mice but was unable to make out their locations, see them in sight and catch them.

This will cause your dog to get stressed and start barking at the slightest noise or movement. This can be irritating for you, especially during the night when everyone is asleep.

What you can do is to train your dog to behave calmly when he senses the presence of mice.

Make sure that all leftover foods are properly disposed of and your trash is collected regularly. Clean the floors and sinks daily to remove any food residue that may attract mice.

Keep your pet’s food and water bowls clean, and make sure that any unused space is sealed off and rodent proofed.

If you notice a mouse scurrying in your house, make sure that you catch it as soon as possible. You can make use of the mousetraps available in most stores to do the “catching” jobs.

If you are not able to catch the mouse yourself, contact an exterminator.