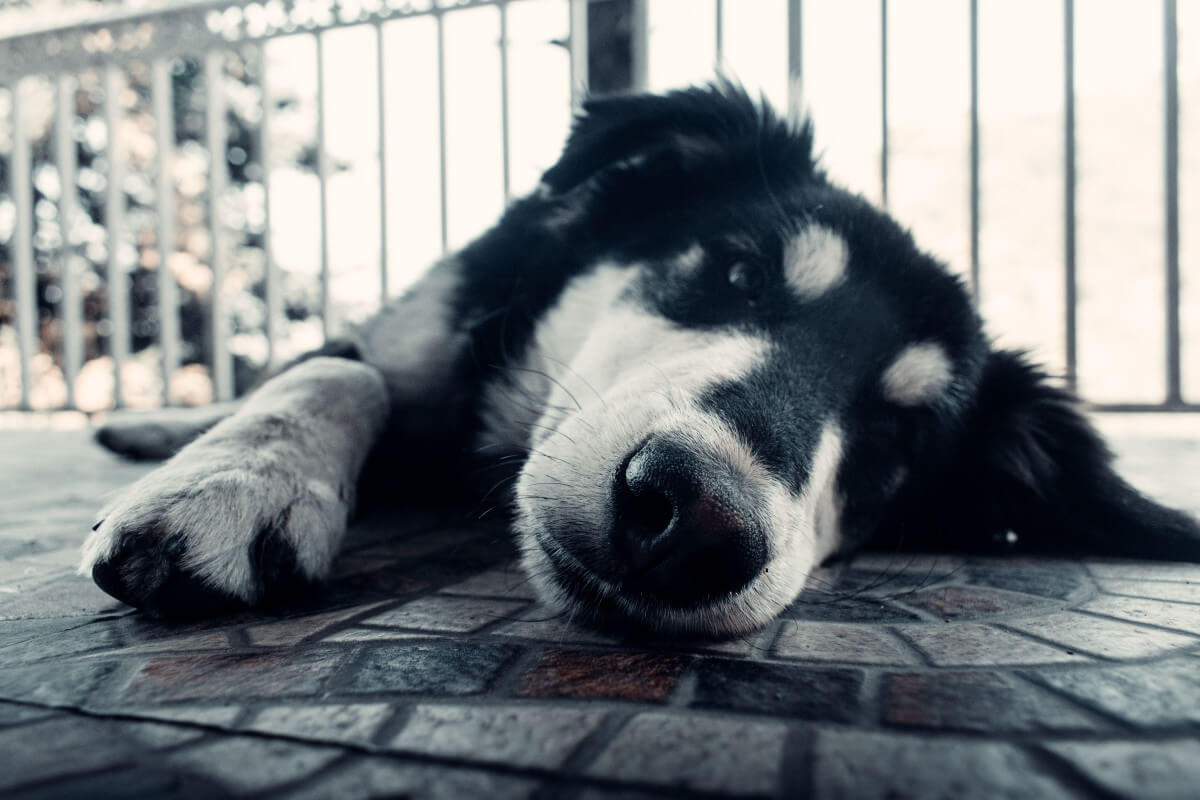 Dogs are social creatures, and they are always looking to fit in. That is why you will often find your dog lying at your spot the moment you get up. He wants to be close to you and be with you.

It may also be a sign of dominance where he is marking their territory, or he may be trying to guard the spot while you are away.

Let’s learn more about this topic in this post!

He Believes the Spot Belongs to Him (Being Dominance)

This is a sign of dominance, where your dog feels that every spot in the house is his, and he feels as if you are invading his territory.

It will be a strong dominance feeling, and he will be trying to cover your scent with his own by immediately lying on your spot after you leave it.

He wants to show his pack members that this spot belongs to him and that he should be in charge.

He may also sit on you, push his head into your body, and start barking at you to assert his dominance.

Basically he’s telling you that this spot belongs to him and that you can’t stay there.

You will also see him growling or showing his teeth whenever you approach the spot he is guarding.

Other signs of dominance includes:

You would need to start obedience training with him if he is showing this dominance behavior.

Being his Alpha will make him submissive. Let him know you’re in charge of his needs (food, sleep, play), and he’s reliant on you.

Make him associate his dominance behaviors with unpleasant experiences to correct them.

Be sure to reward him when he displays good behavior with positive reinforcement. By doing so, he will be motivated to do what you want him to do.

He Feels Anxious That You Are Leaving

Dogs have very complex social interactions. Seeing you leave a room or stepping out of his sight may make your dog think that you are leaving him, which can make him nervous and upset.

As a way to console himself, he will lie on the spot where you sat, which carries your scent. This allows him to “feel” your presence.

A dog that has been abandoned before is likely to react this way. He will always be wary of being abandoned again.

When he’s out of your sight for a considerable period of time, he will probably be exhibiting signs of separation anxiety.

Be on the lookout for the following anxiety signs in your dog in order to know if he suffers from this disorder.

You need to determine what causes his anxiety and work on eliminating the triggers if he displays any of the above symptoms.

He Likes the Warmth That You Had Left on the Spot

Your dog has learned to associate the spot you sit in with a warm, comforting feeling. This can be a sign that he is feeling cold and looking for ways to keep himself warm.

Keep an eye on his body language, especially when the weather turns cold. When your dog exhibits the following behaviors, it’s an indication that he’s feeling cold.

Generally, most dogs are not affected by cold temperatures until they drop below 45° F, but keep in mind that the size, age, and coat of the individual dog are deciding factors.

If your dog is more than 10 years old (senior dog), or possesses short and thin fur like Basenji, Bull Terrier, and Miniature Pinscher, he will require a warmer shelter and a heat source in order to stay warm.

Your dog should be housed inside a temperature-controlled shelter, especially during the winter months.

Get him a heat lamp near his crate or place an additional thick blanket in his crate to keep him warm.

If your dog likes to roam around, make sure he wears a sweater to keep him warm.

Alternatively, you can place a heating pad near your dog’s favorite resting place.

Do not let your dog lie on the heating pad for more than 30 minutes. Make sure he is under your supervision if you are using a heating pad on him.

If he shows signs of discomfort, such as heavy breathing, stop using it.

Dogs have a difficult time adjusting to winter. Make sure you provide your dog with the best shelter, food, and water during the coldest months of the year.

You Have Positively Reinforced Him for This Behavior

It is possible that you may have accidentally rewarded your dog with this behavior.

If you give your dog a treat every time he takes over your spot, he will get the feeling that he is doing something right. That behavior will be rewarding for him, so he will continue doing it.

Thus, stop rewarding your dog for behaviors you don’t want him to perform.

Keep in mind that your reaction to your dog’s behavior can easily determine his attitude as dogs like to please their owners and will do anything to make them happy.

If you repeatedly reward your dog for his undesirable behavior, he will consider this as a favorable response from you. This will only encourage him to repeat the behavior in the future.

You should give him the command “Go Away” whenever he performs this act and reward him only once he leaves your sitting spot. The reward could be a treat, praise, or a pet on his shoulder.

This will make him learn that by not lying on the spot that you had sat, he would be rewarded and that should help to correct his undesirable behavior.

You should repeat this exercise a couple of times until he gets the idea. Then gradually do away with the reward.

His Curiosity Trigger His Investigation Instinct

Dogs often believe that their Alpha gets all the best things in life, and they are always on the lookout for what their pack leader eats, where he rests and plays.

When your dog sees you as his Alpha, he will naturally be curious about what you are doing as he wants to get his fair share of the best things that you have.

He will believe that the spot you are lying down is the most comfortable and safe spot to be. So when you leave it, he will claim it immediately.

Any time you start to sit in various places around the house, he will get curious and will investigate the area and occupy it.

That’s a natural instinct for any dog, because they were born with a sense of adventure.

He Is Performing His Guarding Duty

Guarding dog breeds like German shepherds, Rottweilers, and Doberman pinschers are known for this behavior. It was instinctual for them to guard the territory that they believed to be their leader’s property.

They have developed this instinct over thousands of years of evolution.

That is why, when you leave your seat, your dog will “protect” it by sitting over it. He is simply performing his guarding duty.

You will find him to be in an alert posture, and he will bark or growl at anyone who tries to get near his territory.

When you return to your seat, you should see that your dog gives his spot back to you since he knows the area belongs to you.