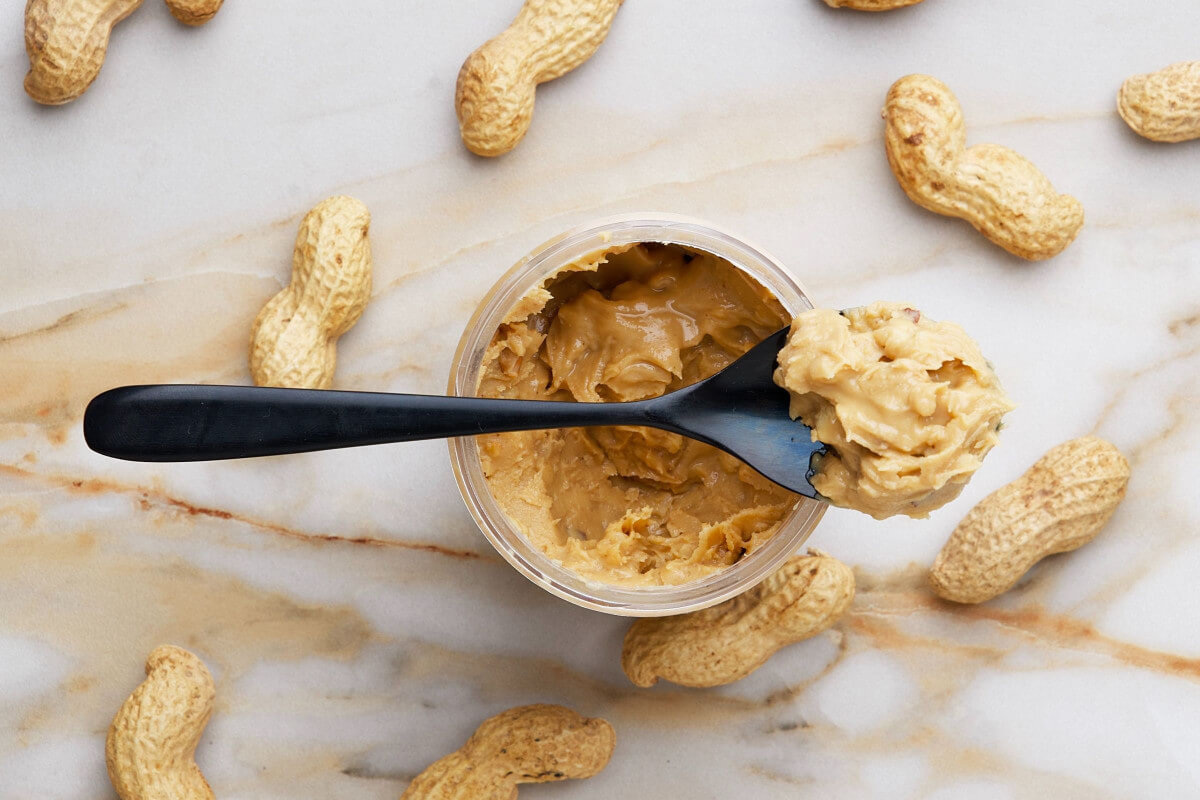 I heard from many dog owners that their dogs simply cannot resist the smell and taste of peanut butter, so I decided to give it a try on my Chihuahua as he is a picky eater. He hates everything except for chicken and beef.

So recently, I started putting peanut butter on his food and that certainly scared him away. He runs away from the food as if it is going to burn his skin off.

This makes me wonder why he is so fearful of peanut butter?

It’s not unusual for dogs to have an allergy to one or more food that they eat, just like we do.

Your dog could have suffered from serious allergic reactions after eating peanut butter given by his previous owners and that makes him fearful of any things that come with peanut butter.

You may not be aware that your dog is allergic to peanut butter, but your dog certainly knows it and that’s why he hates and will avoid eating them.

Allergic reactions are an immune response to a specific substance in the body.

In this process, an antibody called immunoglobulin E releases chemicals which lead to an allergic reaction – one that could be potentially deadly in severe cases.

If your dog has a history of allergies, you should keep a close watch on his reaction after giving him a small portion of the new food.

Symptoms of an allergic reaction include sneezing, itchy eyes, runny nose, swelling of the face, ears and lips and even diarrhea.

It could also be the case that he gets a scolding or punishment from his previous owner from stealing the peanut butter and that creates an impression in your dog’s mind that he is not allowed to eat peanut butter again.

As with people, dogs have their own likes and dislikes when it comes to food. It is the same way that no two people have the same exact palate. This applies to dogs as well.

Dogs have completely different tastes from their peers.

Some dogs will have a preference for certain types of food and if your dog is a meat eater, such as a beagle, bulldog or pug, and you have been feeding him with beef and chicken, he may not find the taste of peanut butter to be enticing.

Your dog probably dislikes the taste of the nut because it is not as tasty as meat.

It could also be the case that the sticky nature of peanut butter makes your dog hate it because he doesn’t like sticky substances.

Or it is due to the fact that peanut butter is an oily substance and your dog doesn’t like oily things.

He Dislikes The Smell Of Peanut Butter

Dogs have a very sensitive sense of smell. They can smell things that are very faint and, because of this, it is possible for your dog to feel discomfort from smelling something that he dislikes, such as the scent of peanut butter or newspaper that you are holding in your hand.

You will hear dog owners sharing their experience that their dogs hate the scent of citric fruits such as oranges, lemons and limes because the scent of these fruits is somewhat pungent or offensive to their hypersensitive noses.

But since the scent of peanut butter isn’t pungent, why does your dog dislike it?

Though peanut butter doesn’t possess any strong scent, your dog might still feel uncomfortable with the smell.

This is because he had associated the smell of peanut butter with an unpleasant experience, that is, he would get sick or scolded after eating it.

The sticky, creamy and oily appearance of the peanut butter doesn’t look enticing to your dog.

If you have been feeding your dog with big chunk of meat or solid foods, he may not be interested in soggy foods such as peanut butter.

He will find the wet food to be too messy to eat.

What you can do is to coat a thin layer of butter on a piece of cheese or dried food and give it to him.

You can give him a small amount of peanut butter at a time and gradually increase the amount as he gets to like the taste of it.