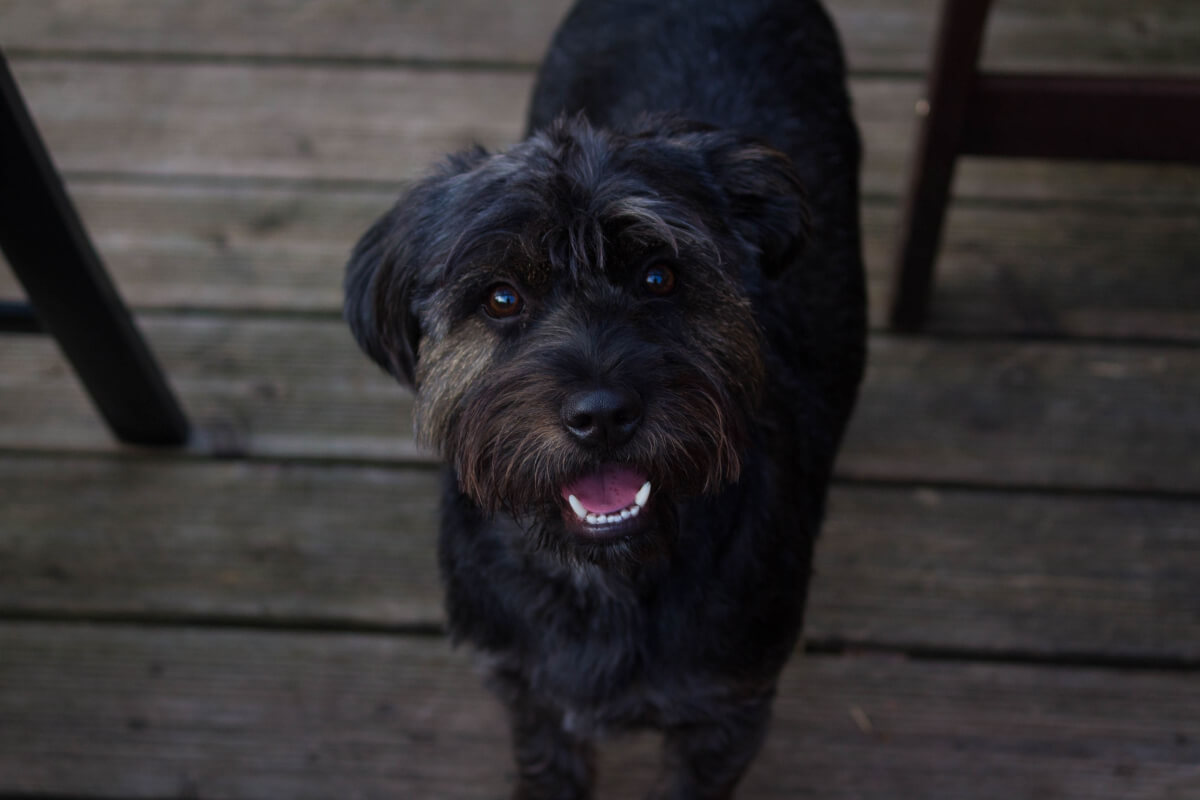 My dog keeps breaking out of his crate. What should I do? Is there something I can put in the crate to keep him calm and give me some peace of mind?

This can happen when your dog is overly excited, or when he is stressed and over-anxious. What you need to do is reduce his excitement, or eliminate the stress, before you put him back into his crate.

If your dog keeps breaking out of his crate, you should provide an outlet for him to release his pent-up energy, get him to love his crate (using toys as lure) and make him feel at ease in the crate through positive reinforcement. Never punish your dog when he is in the crate or force him to go into the crate.

This is how you can calm down your dog:

Provide An Outlet For His Excessive Energy

If you are dealing with an over energetic dog, he may feel bored and turns destructive or aggressive while being “trapped” in his crate.

If this is the case, the best solution is to find an outlet for your dog to release his pent-up the energy in his body.

Find an outlet for your dog’s energy which does not result in him becoming over-stimulated.

Exercise is one such outlet and I would suggest that you do it in your backyard where there are fewer stimuli that going to make him excited or stress.

Remember, an exhausted dog is a well-behaved dog.

You would need to work on BOTH physical and mental simulation to get your dog release his pent-up energy.

Go for physical games that make him run around such as chasing bubbles, throw Frisbee, fetch balls, etc.

Frisbee, for example, is an excellent game if played carefully. You can throw it high in the air and let the dog chase after it.

However, if you throw it too high, your dog may end up chasing the sun. Therefore, you need to regulate the game by tossing it higher or lower based on how your dog is doing.

If he’s having too much fun, you can throw it further, so he has to run after it. On the other hand, if he’s not having enough fun, you can bring the game closer to him, so he doesn’t have to expend as much energy to catch it.

Dogs need to play games like this to stay healthy and happy.

In other words, you need to give him opportunities to expend his excess energy in ways that don’t result in him being hyperactive and overexcited.

You do NOT want to put your dog into his crate when he is stressed out and over-anxious. This will cause him to break out of his crate because he will feel being trapped and turns panicky.

As for the mental simulation exercise, you can go for some obedience training as that would make your dog uses his brain power to learn and execute the commands.

When he utilizes his thinking, he will be mentally tired. This can be as simple as teaching him to follow commands such as “sit”, “down”, “stay”, “come” or “lay down”.

Whatever game you use, both physical and mental, you need to do it on a consistent basis. Consistency is the key to success.

If you do it often enough, your dog will be in a low energy mode and will behave himself while he is in the crate.

Bring Him Out For A LONG Walk

Take your dog out for a walk. However, you don’t just take him for a walk around the block.

You take him on a long walk. A really long walk. Like maybe 2 miles or more.

If possible, you can take him on a trip with you (maybe downtown) to get some lunch. Whatever, just get him out of the house. While you are doing all this, he is getting his physical workout, and he is also exercising his mental simulation while he is out in the street.

The more he gets to release his pent-up energy, the calmer he will be when you put him back in his crate.

It’s amazing how a long walk will settle an over-excited dog. Try It. It really works. Another idea is to take your dog on a short drive in the neighborhood.

Let Him ‘Run Wild’ In The Yard

Let your dog run wild in the yard. Let him sniff everything including the weeds. Let him dig up the dirt. Let him chase the chickens. Let him do all the things that make him release his energy.

You can also play “find the treat” games with him and this will make him uses his sense of smell to hunt for the hidden treat around the yard. This is certainly a good physical and mental simulation exercise for him.

Play this game with him for 30 minutes then put him back in his crate. This allows him to exhaust his energy, and also reduces the chances of him getting stress up or anxious you bring him back to the crate.

And don’t forget to give him access to his potty area to relieve himself, and this will take care of his needs. (He might be trying to break out from his crate just to satisfy his potty need).

To sum it up, what you need to do is provide your dog with opportunities to burn off his excess energy, so he is not agitated and doesn’t have pent-up energy that causes him to misbehave when he is left alone in his crate.

Keep Him Busy In The Crate

Once your dog is calm, put him back in his crate. However, this time don’t just leave him alone in his crate. Leave him with some toys. Perhaps a small chew toy or two. Or some tug toys.

Give him something to chew on when he is in his crate to kill his boredom. It won’t keep him occupied for very long, but it will take his mind off things temporarily.

Leave him alone for a few minutes. Then check on him. He should be fine now. If he isn’t, remove the toys and give him more access to his exercise yard.

Also make the crate a comfortable place for your dog by adding blankets and maybe a pillow or two. Ensure that there is fresh food and water in it. Make it a place he feels at home.

When it’s time to go to sleep, shut the door to his crate and give him some time alone to settle in. Place the crate in a dim and quiet place so that he won’t be able to hear or see anything that might disturb him.

He Is Nervous Alone In The Crate

Start the training by leaving him in the crate alone for ONLY a few minutes. Then return, release him from the crate, and give him a treat for behaving himself in the crate.

Do this several times throughout the day, and your dog will soon learn that if he behaves himself in the crate, GOOD things will happen when you are back. Continue with this, and soon he’ll be able to stay crated for longer periods of time each day.

Your dog will quickly learn that being left alone in the crate is not scary at all and will begin to stop his attempt to break out from the crate.

You should also praise him when he is calm in the crate. Over time, he will learn to associate being in his crate with getting access to his toys and praise. And you can gradually increase the amount of time he is in his crate.

And lastly: You should NEVER punish your dog for breaking out of his crate. That will only cause more trouble in the future, and make matters much worse.

What you need to do instead is calmly put him back into his crate, close the door, and continue using the approaches shared here to do the training.

Consistent positive reinforcement is what creates good behavior in your dog. You see, in the beginning, even a smart dog may have a hard time understanding what you are trying to teach him.

Give him lots of positive reinforcement when he is behaving well in his crate. You can even feed him in his crate to make him feel it is worth his while being there.

The truth is, if you just keep at it, your dog will eventually learn to associate being calm in the crate with a positive rewarding experience. That is how a well-mannered dog is born.

So be patient and don’t give up!  All you have to do is provide the praise and treats when he does “good” stuff and ignore him when he does “bad” stuff. That’s it!

And the amazing thing is, if you do this right, your dog will soon learn that being calm in his crate is actually fun and will eagerly look forward to spending time in his crate.

What YOU Should NOT Do

First, never punish your dog when he is in his crate. If you do, he will associate the crate with negative feelings and over time, he will start to avoid going in it.

Secondly, never force him into the crate. Put him in there if he wants to go in there. Don’t make a big deal out of it and don’t say anything. Just let him explore on his own.

After a few minutes, if he still won’t go in, simply pick him up and carry him to the crate and reward him for being in the crate.

Chances are he will quickly learn that the crate is where he will have to be if he wants to get his reward.

Try to identify what made your dog wanted to break out from his crate in the first place.

Whatever the case, try to eliminate the stimulus that caused his over-excitement and that should keep him calm down in his crate.

Just keep trying and following the suggestions above, and before you know it, you’ll have a well-behaved dog that respects his crate.