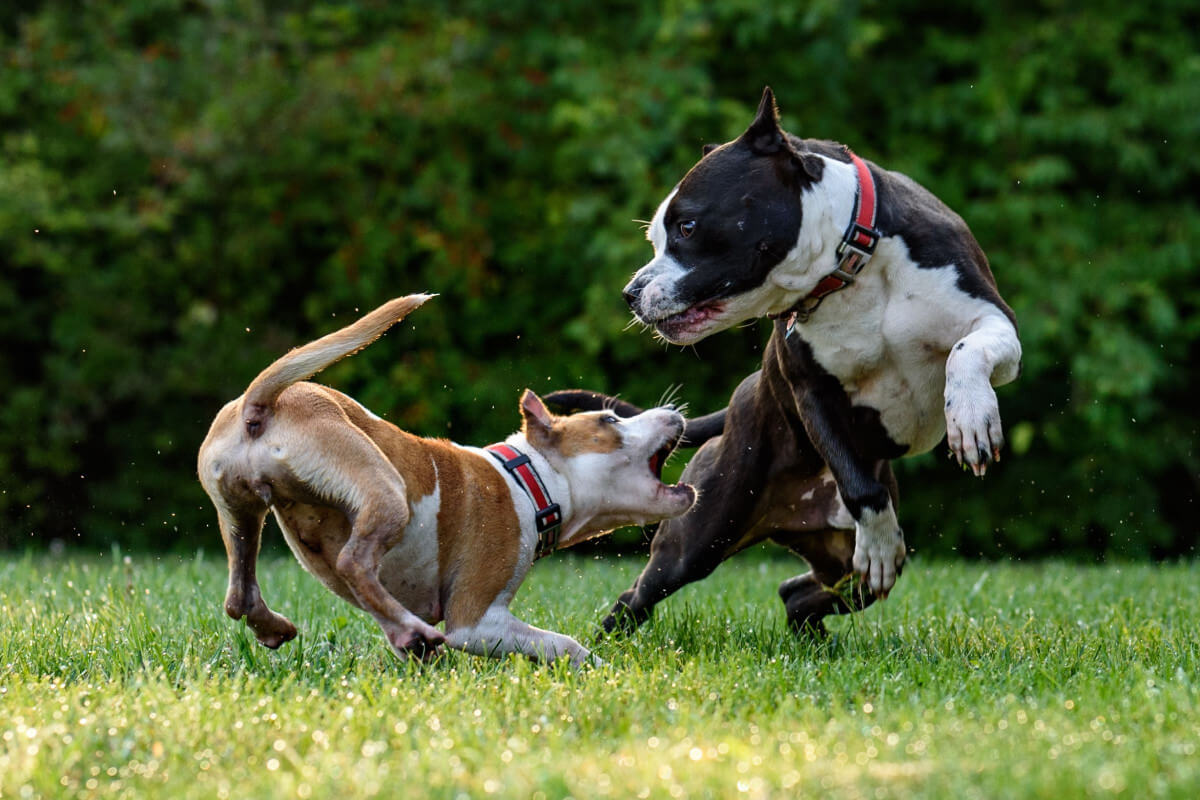 Did you get a freak-out when your dog is so vocal when he is out playing with other dogs in the park?

You are worried that he may get into a fight with another dog and the owner of that dog may act to protect his dog by kicking your dog or even worse, shooting at him.

You need to know why he is reacting in this way, and what should you do?

Your dog is so vocal when he is playing with other dogs because of his excitement. This is his natural reaction to express his joy while playing. He could be trying to assert his dominance over the other dogs or is acting aggressive to protect himself. Lastly, it may just be an instinctive form of behavior.

He Is Expressing His Joy During The Play

Did you notice that kids like to shout or even yell loudly during their play?

This is just their natural reaction to express their happiness and joy.

And as their excitement level soars during the play, so does their voice!

This applies to your dog as well. He exhibits his excitement by barking or emitting low growls at the other dogs during his play fighting.

He tries to be friendly and plays with them.

You will also find his body to be in a relaxed posture, with his ears tucked back, and wagging his tail vigorously.

These are signs that he is not being aggressive.

So, don’t be alarmed.

Just let him continue with the play as long as the other dogs are not showing signs of discomfort, such as moving away from him or showing their teeth with their tails held high up (sign of aggressiveness).

Assert His Dominance Over Other Dogs

Your dog is trying to assert his dominance over another dog through barking and jumping on him.

You will likely see your dog staring at the other dog and initiate an attempt to sniff his rear end.

Dogs establish their canine relationship based on how they sniff their rear ends to determine who is more dominant.

Submissive dogs will wait their turn to sniff while the dominant dog initiates the process.

By making that first (sniff) move, your dog is telling the other dog that he is the dominant one!

Usually, the lack of proper socialization is the cause of such behavior.

This can be resolved by giving your dog some form of socialization and obedience training.

He Is Acting Aggressive To Protect Himself

Your dog had a bad experience when he was around with other dogs and this made him turn aggressive as an attempt to protect himself.

Unpleasant experiences such as being chased, barked at, growled at, or even attacked by the other dog cast a horrible and frightening memory on him.

That explains why your dog will try to protect himself whenever there are other dogs around his sight by barking and growling aggressively at them.

You will see him showing his teeth with a standing tail and a stiff body.

He is in a protective mode and ready to strike at any of his invaders.

You would certainly need to help him overcome his bad experiences and get him to socialize well with other dogs.

You can start by having him on a leash and introducing him to a well-behaved dog in an environment that he feels safe to be in (preferably your home or backyard).

Slowly guide him (with leash) to walk towards the well-behaved dog and if you see him start reacting aggressively, stop the move immediately and make use of an enticing treat to get his attention.

Wait till he has calmed down before you continue with the walk.

Keep repeating this process till your dog is able to interact with the well-behaved dog without any fear.

Alternatively, you can also take him to a training class where they will teach him about socializing.

He will be trained to learn from his mistakes by observing the behavior of other dogs and avoid bad behaviors such as growling and barking at other dogs.

An Instinctive Form Of Behavior

If you were to observe a puppy in his early stages of development, you would notice that he would always bark at his siblings or even at his mother whenever he is playing with them.

This is his natural instinct to communicate with his pack members that he has no ill intention and wants to play with them.

Even when he reaches adulthood, this instinct will still stay with him and will be his way of interacting with his pack mates that it’s playtime!