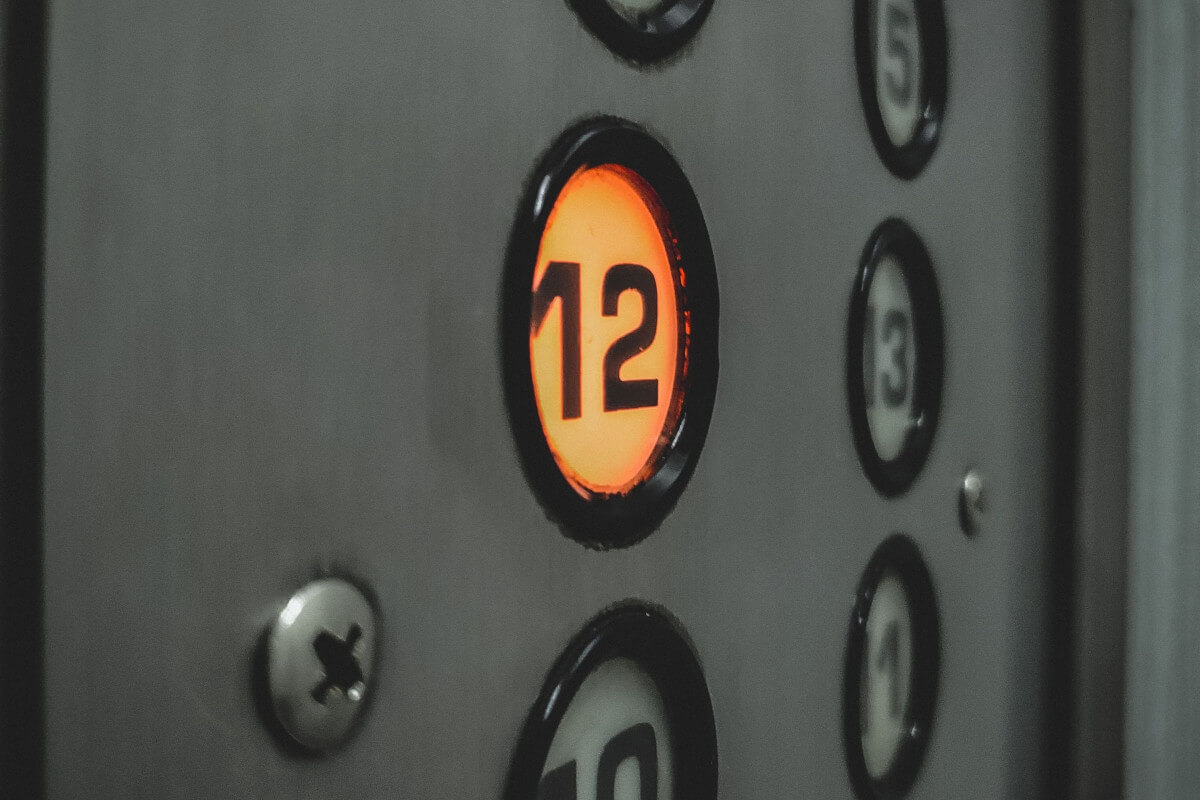 You find your dog starts shivering and showing signs of fear whenever he is in an elevator. It makes you wonder what could be causing this adverse response?

He Sees Many Unfamiliar Faces In The Elevator

When your dog is surrounded by people that he is unfamiliar with in a small enclosed elevator, he may feel threatened and confused.

The unfamiliarity with strangers may make your dog nervous and aggressive. It is important for you to be aware of your dog’s reactions to people and to pay attention to his behavior.

This is especially so if your dog is not trained on socialization, and he is not used to having many people around him.

He may become more anxious when many people surround him in a confined space and may even start to attack them.

You can help prevent this from happening by starting socialization training with your dog.

Socialization will train your dog on how to behave and react to new situations, people, and animals.

He Feels Trapped In An Enclosed Space

Your dog feels that he is trapped in a small enclosed space, and he has no view of what is going on and how long he will be there.

It’s unlike the usual window’s scenery that he had been seeing and the air in the elevator is stale and smelly. Your dog is feeling uncomfortable, and he doesn’t know how to get out.

All these unknown things make your dog feel stressed and scared of being in the elevator.

He feels that the elevator looks like his previous shelter home where he was being kept like a caged animal for a long period of time with no freedom.

This thought certainly sent a cold shiver down his spine and made him fearful of lift.

Different Odors In The Elevator Scare Him

Dogs are good with their scents and imagining your dog keeps smelling a different scent every time he is in the elevator, that will confuse him and keep him fearful.

He doesn’t know why the scent keeps changing in this small confined “box” and wonders if there is any threat for him.

The different scents could be due to the people who had perfume or cologne on them.

Along with the poor air ventilation in the elevator, this makes the scent even more prominent.

With the acute scent of your dog, this can certainly confuse him.

Strange Sound From The Elevator Make Him Wary

The strange motion (up and down) of the elevator along with the “whoosh” sounds that it makes has made your dog worry.

An elevator makes a “whoosh” sound as it passes through a hoistway door at high speed.

Dogs are highly sensitive to sounds and will react to any sound they hear.

So, when your dog hears this strange sound, and he is unable to determine what it is, he will become worried.

He will then start barking in the elevator, and try to run away.

Auto Movement of The Door Scared Him

Your dog was startled by the automatic opening and closing of the elevator door. He is afraid that he will get caught by the door when it is closing and that freaks him out.

That explains why your dog will stop at the door of the elevator and refuse to move in.

What you can do is to either pick him up in your arm and carry him into the lift or to have him on a leash so that you can signal to him (through giving the leash a gentle pull along with the “Go” command) to get him into the elevator when the door is opened.

Your Reaction To The Lift Affect His Behavior

It could have been the moment when the elevator is down, and you are trapped in it. You exhibit signs of anxiety and fear while being trapped in the lift and this behavior is being observed by your dog.

He will start to associate the elevator with something bad that will make you fear and nervous.

And since your dog learns from your behavior, he will be more likely to show this fear emotion whenever he is going near the lift.

Upward Motion of the Lift Makes Him Feel Queasy

When you look at the behavior of your dog, you may notice that he is feeling queasy as the lift starts moving up.

The upward motion of the elevator causes a funny feeling in his tummy, and he is not comfortable with this type of reaction.

He is associating being in the lift with this discomfort feeling and will start to grow his fear and anxiety over the situation.

An Experience That Is NEW To Him

Your dog knows that when he is out of the elevator, he will be in another new place. This is similar to him taking a car ride and alight at another place without having to walk there.

But unlike a car ride where he can see the view from the car, this is certainly not the same experience.

What he sees is only four “walls” when he enters the confined space in the elevator, and the unfamiliar experience of “moving floor” brings him fear.