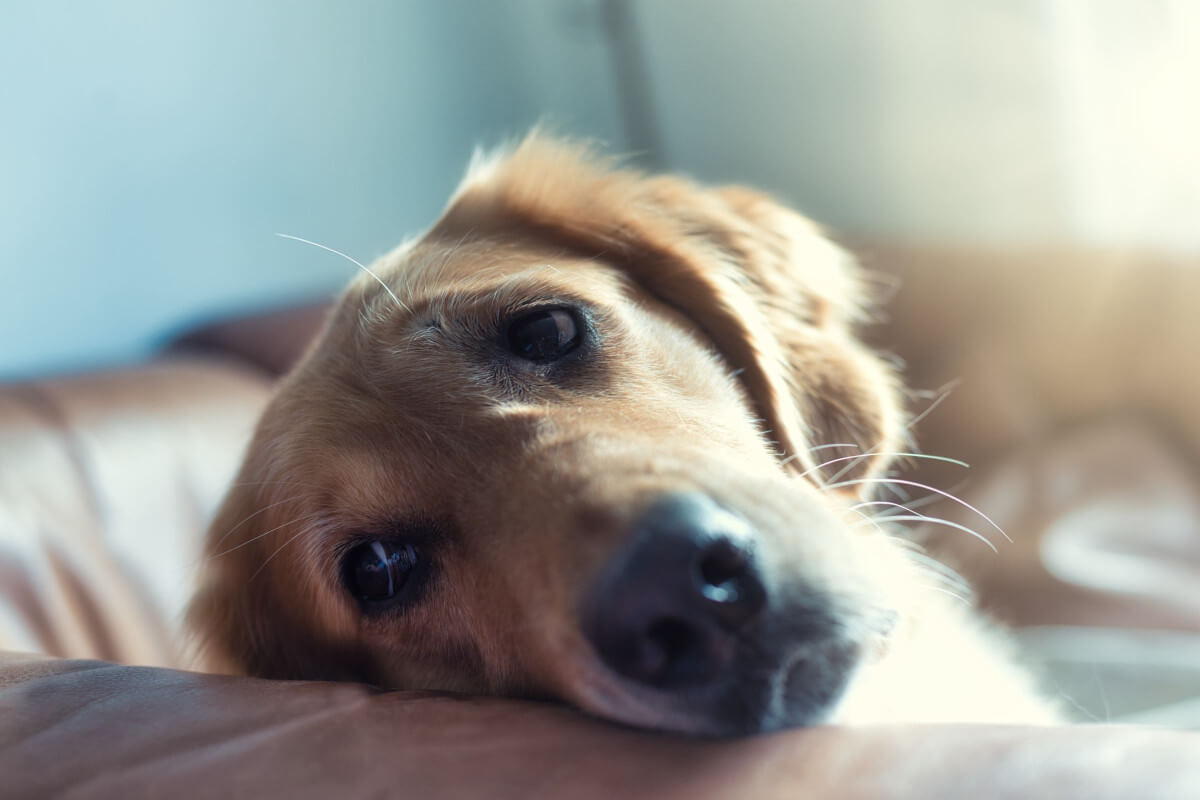 Dogs are amazing creatures, they can be loyal, loving, caring, and protective. But when your dog turns aggressive and hurts you, does he actually feel bad about his actions?

What’s going through his mind after the attack?

Does he know what he did wrong? Does he regret hurting you? Does he feel guilty? And if they do, why?

In this article we’ll look into the psychology of dogs and find out whether they have feelings of guilt and remorse.

Yes, if you let him know the consequences within 27 seconds.

In general, a dog will feel bad if you have feedback to him within 27 seconds of his actions that this behavior is not allowed.

But why the 27 seconds rule?

Dogs have a short memory span of about 27 seconds, and they are unable to recall or think beyond that moment.

So, if you want to relate your dog’s undesirable behavior with his recall, you will have to do it within this period.

Any longer time span, and he will not associate your scolding with his act and he will be puzzled about why you are treating him in this way.

He will only remember what the outcome of his behavior is if you give him a response immediately or within his memory span.

In other words, he can’t keep track of the consequences of his acts once his memory span is over.

This is the reason why you have to be very quick in rewarding or correcting your dog’s behavior.

When the punishment is immediate, he will be able to remember that bad behavior results in bad treatment.

The next time he does the same act, he will remember that he received negative treatment and will try to avoid it. This is how the punishment is effective.

If you scold him after the 27-second period, he won’t remember his act and will not associate the punishment with the undesirable behavior.

When you give him feedback instantly about his undesirable behavior, you will see him lowering his body with his tail tucked between his legs and putting his ears back. He will also avoid any eye contact.

In a study, it was said this “guilty look” is actually a learned behavior in dogs, as they hope to avoid punishment for their actions.

The so-called guilty behaviors are actually fear behaviors or conditioned responses to your angry body language or to his evidence of misbehavior.

In other words, dogs don’t feel guilty as they lack the cognitive thinking to understand what is right and wrong.

They only rely on consequences (your reaction) to make a decision.

Aggressive Dog That Hurts You?

Some dogs, such as German Shepherd, Chihuahua, Akita and Chow Chow, are just naturally more aggressive than others. That is why it is important for you to be aware of your dog’s behavior so that you can react appropriately when he is acting out.

He may be acting out due to the genetic nature of his breed as his behavior is dictated by his instinctual drives to satisfy his needs for food, water, and a place to rest.

A quick way to know if your dog is acting out is to look at his body language. If your dog is growling or snarling at other dogs or people, he could be acting out.

It is important to know how to read and control your dog’s aggression to prevent getting hurt by him.

Getting your dog to be trained for obedience is certainly the very first task that you ought to do when you have your dog onboard, especially if he belongs to an aggressive breed.

Training your dog is not difficult. It just requires patience and the right kind of training techniques.

There are lots of ways to train a dog. The most commonly used method is the positive reinforcement technique. This involves rewarding your dog whenever he learns new things.

You can start off by training him in some basic obedience commands such as sit, stay, down, heel, come and no. This can be done by using clicker training and will help you with controlling your dog’s aggressive behavior.

If you want your dog to behave well, you have to provide an outlet for him to release his pent-up energy, such as running in a dog park or playing physical games with you.

The bottom line is that dogs have no guilt or remorse!

Your dog does not realize that he is behaving badly unless you let him know there are going to be BAD consequences for his act within his memory span.

Else he will believe that he is doing something that you like and will keep repeating the act.

He had no idea that he had done something bad (or even hurt you) and had no clue as to why you were punishing him.

This is why you need to immediately show him the negative consequences of his behavior.

Dogs can’t imagine the future so if you show him that bad act and the consequences associated with it, then he will learn not to repeat the behavior.