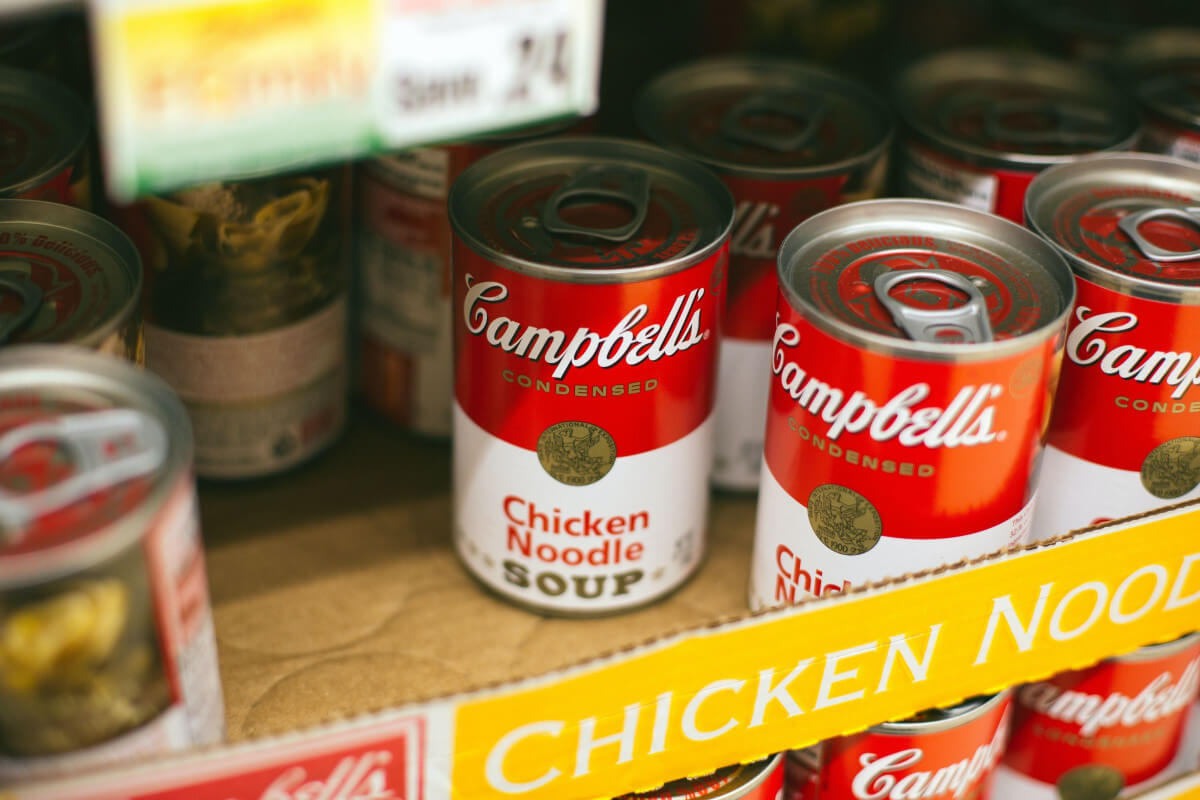 Are you thinking of getting something special for your beloved dog tonight? Maybe a canned chicken instead of his regular kibble?

What came into your mind was whether that is safe for your dog considering that canned food is high in sodium?

As long as your dog isn’t suffering from any health problems that require him to limit his sodium intake, giving him some canned chicken once in a while will be fine.

A healthy amount of salt will help your dog to regulate his fluid levels, digestion, blood pressure, and muscle contraction.

And, of course, you will have to take into consideration the following risks if that (changing your dog’s diet from kibble to canned food) is going to be a permanent diet change for your dog.

Canned Food Is High in Sodium

Though chicken is a great source of protein for your dog, the benefit will be nullified if the food contains too much sodium.

It has been known that canned food possesses a high level of sodium, and that can lead to your dog developing a higher risk of high blood pressure.

So, prior to giving your dog canned chicken, you will need to carry out some preparation work.

That is, place the canned chicken in a strainer basket to rinse off the excess sodium.

You can certainly feed your dog with delicious canned chicken, just have to make sure it’s low in sodium and in moderation.

Preservatives Are Added to Canned Foods

It is inevitable that canned food will contain preservatives to keep the food fresh for longer period of time.

It is well known that preservatives are not good for a dog’s health. The preservatives in canned food can cause health – related issues such as cancer and liver damage to your dog in the long run.

Thus, only offer your dog canned chicken in moderation. Certainly not as a routine diet.

Also, keep a lookout for the following preservatives that can be a health risk to your dog and avoid them if they are used in the canned food.

Chemicals like Butylated Hydroxyanisole (BHA), Butylated Hydroxytoluene (BHT), and Ethoxyquin preservatives that are commonly found in canned food are harmful to your dog and can have an adverse impact on his health.

Nothing beats the natural, unprocessed flavor of meat.

Processed canned meat not only replaces the natural flavor and texture of the meat but also takes out the “good” nutrients which are found in the raw meat.

As you probably know, preservatives, additives, and other chemicals are usually added during the processing of canned meat and that makes them contain large amounts of salt and fat, which can be very harmful to your dog’s health.

Study has shown that the consumption of processed meat will increase the risk of your dog getting a stroke and heart attack.

Dogs in the wild are always energetic and able to live much longer than domestic dogs because they mainly had raw meats (after they caught their prey) as their meals.

There is no so-called processed or canned meat in their diet. So, it’s no wonder why dogs have been able to outlive their projected lifespan for centuries when they are still living in the wild.

Therefore, there is no doubt that unprocessed food is going to be much better than canned food, which is why many dog owners prefer their dogs to have a raw diet meal.

Processed foods have been proven to contain more calories, fewer nutrients, and higher levels of trans-fats and saturated fats.

So, you should keep that in mind when offering canned chicken to your dog. Never make it a routine dish.

Keep in mind the importance of making sure that your dog’s diet is complete and healthy.

If he is currently on a commercial dry or canned food, chances are it is not as nutritionally complete as it should be.

Try to incorporate a raw diet meal for him at least twice a week. It is worth your effort to prepare chicken meat that is 100% safe for your dog.

How Much Canned Chicken Can My Dog Eat?

You should feed your dog based on his breed, size and age.

Small dogs such as Yorkshire Terriers and Chihuahuas should be fed about a quarter as much as large dogs such as Dobermans and Great Danes. You can use a ratio of 4 to 1 if you are unsure.

I would suggest mixing the canned chicken with cooked rice to reduce the sodium of the meat.

If your dog has a special diet, you may want to avoid giving him any canned meat and replace it with a raw diet.

What Canned Meat Can Dogs Eat?

A dog’s pancreas can become inflamed when he consumes high-fat canned foods such as bacon, ham, or meat trimmings.

These meats are often very salty which can easily cause your dog to have upset stomachs and, in severe cases, bloating, which can lead to death.

So keep this high-fat canned meat away from your dog.

You can instead go for canned tuna, salmon or shrimp as they are low in fat and a good source of omega-3 fatty acids. Not forget chicken, which is low in fat and very nutritious. It is also one of the best protein sources for dogs.

Apart from this consideration, be sure to buy canned food that is prepared in water (not in oil) and doesn’t contain any spices. Look for low sodium varieties.

Of course, for any kind of processed canned food, you should always keep it in moderation. Never feed canned food to your dog daily.