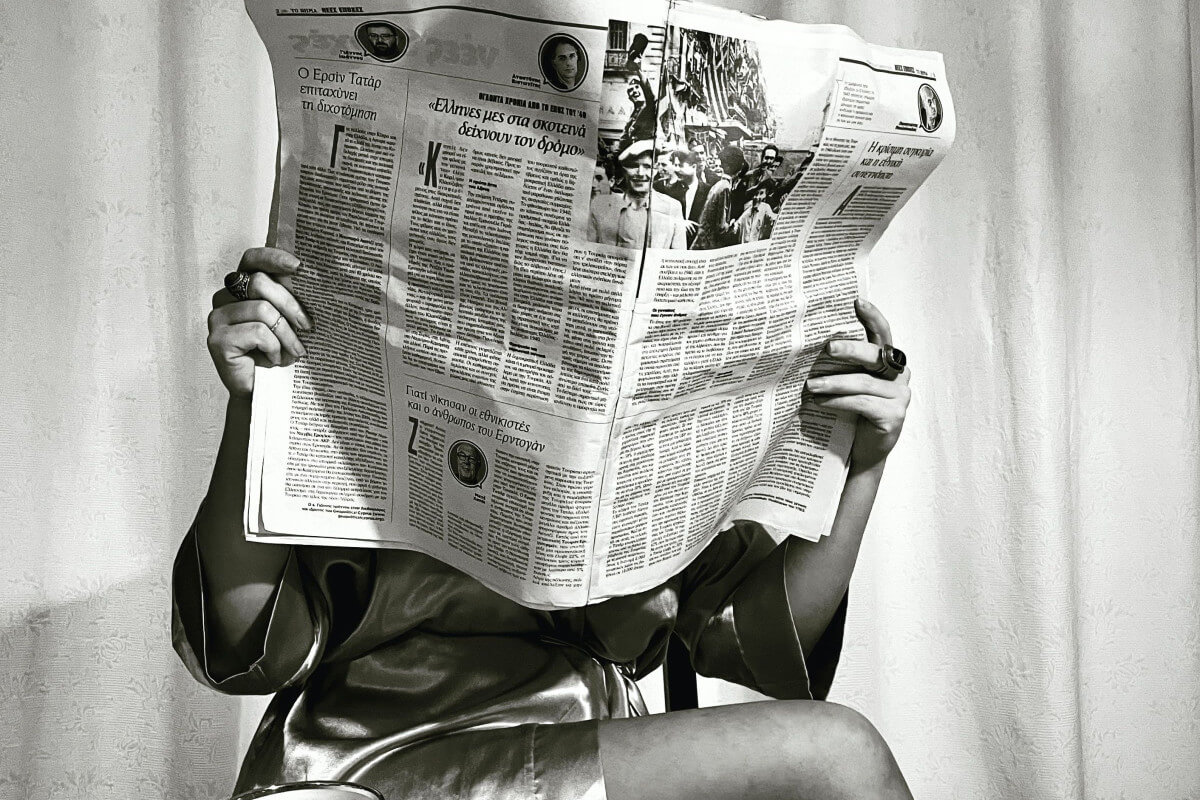 It is common for dogs to help their owners run errands, such as picking up newspapers from the letterbox, but that is not the case for my beloved dog.

If this sounds familiar to your dog as well, read on as I have some findings to share with you.

A Person Holding A Newspaper Beats Him Up In The Past

Your dog may have developed an association with newspapers as something that is bad or dangerous.

This could be related to the unpleasant experience he had with the newspaper. He could have been beaten up by his previous owner using a rolled up newspaper and that created fear in him.

He associates the sounds and scent of the newspapers with punishment and beatings.

That makes him feel that BAD things will happen whenever he sees the newspaper and causes him to develop fear towards it.

That explains why he runs away the moment he sees the presence of the newspaper.

The Scent From The Newspaper Frighten Him

The scent from the newspaper (due to the ink printed on it and the chemicals used to produce it) is probably too strong for your dog.

As you probably know, dogs possess an acute scent and are able to pick up even the faintest of smells from far away.

And if your dog finds the odor of a newspaper to be rather offensive, he will naturally stay far away from it.

This is especially so if you have the habit of keeping old newspapers and, as they start to turn yellow over time, that will create a rather pungent smell for your dog.

The “Paper Sound” From The Newspaper Scared Him

Whenever you are reading a newspaper, there is a chance that you will flip over the newspaper.

This will result in “paper” noise coming from the newspaper.

And if your dog happens to be resting beside you, he will be startled by this sudden sound of the “paper” and run away from you.

Though dogs generally get very stressed when they hear a loud noise such as sounds from thunder, fireworks and fire alarm, they can also be startled by noises that they feel are a threat to them, especially if the sounds appear to be very close to them.

That explains why the “paper” sound can easily trigger your dog’s fear as it is so close to him, and he is not expecting them.

He will react by running away in fear, or may freeze and start barking at the newspaper. He will need to be taught to associate this sound with something non-threatening.

The Expandable Size Of The Newspaper Terrifies Him

Dogs are naturally suspicious of anything that they have never seen before and if this is the first time that your dog sees a newspaper, it is natural for him to be wary and keep himself away from it.

This is especially so when he sees you holding on to a newspaper in your hand and as you try to read it, it suddenly “grows” into a giant size in just a second (as you flip open the newspaper).

This drastic and sudden change in size frightens your dog. He would run away from it in fear and hide himself in his safe haven (his beloved crate if he had been crate trained).

It is common to make use of newspapers to clean the windows as they are made up of soft, tightly woven fibers that will not scratch the glass.

If you are one of those that uses newspapers to clean up your window, that might have instilled fear in your dog.

The reason for this is that your dog is going to pick up the irritating and scary sounds of the newspaper rubbing on the windows.

This will result in your dog starting to react negatively towards the newspaper (due to the sounds that it generates) and will start to keep himself away from it.

Dogs will instinctively run away from anything that they think is going to harm them.

The newspaper is harmless, but the sound that comes out of the paper (as it is crumpled and rubbed against the window) will be extremely frightening to your dog.

How To Help Your Dog Overcome His Fear Of The Newspaper?

1. Place a set of newspapers in a corner of the room that your dog is familiar with and would feel comfortable staying in.

2. Get a high value treat such as a piece of cheese and place it 0.5 meters away from the paper.

3. Encourage your dog to go near the newspaper to eat the treat. It may take a few attempts before your dog makes his brave move. Remember to praise him and give him a pet on his chest once he goes for the treat.

4. Keep repeating the training and shorten the distance between the treat and the newspaper as your dog gets more comfortable going near the newspaper.

5. The goal is to make him eat the treat that is left in the newspaper and help him to associate the newspaper with a rewarding experience.

6. Encourage him to sniff the newspaper and praise him when he does so. It is important to let him know that the newspaper is of no threat to him, and he should not be fearful of it.

7.  Once your dog is able to remain calm and relaxed near the newspaper for at least 10 seconds without getting scared, it is time to move to the next step.

8. You can increase the training challenge by picking up the newspaper and flipping it open right in front of him.

9. If your dog is reacting with fear, make sure to reassure him using a firm voice and a calm body language. Use treats to get his attention and, once he has calmed down, repeat the training again.

10. Keep repeating the training daily till he is comfortable playing with the newspaper.