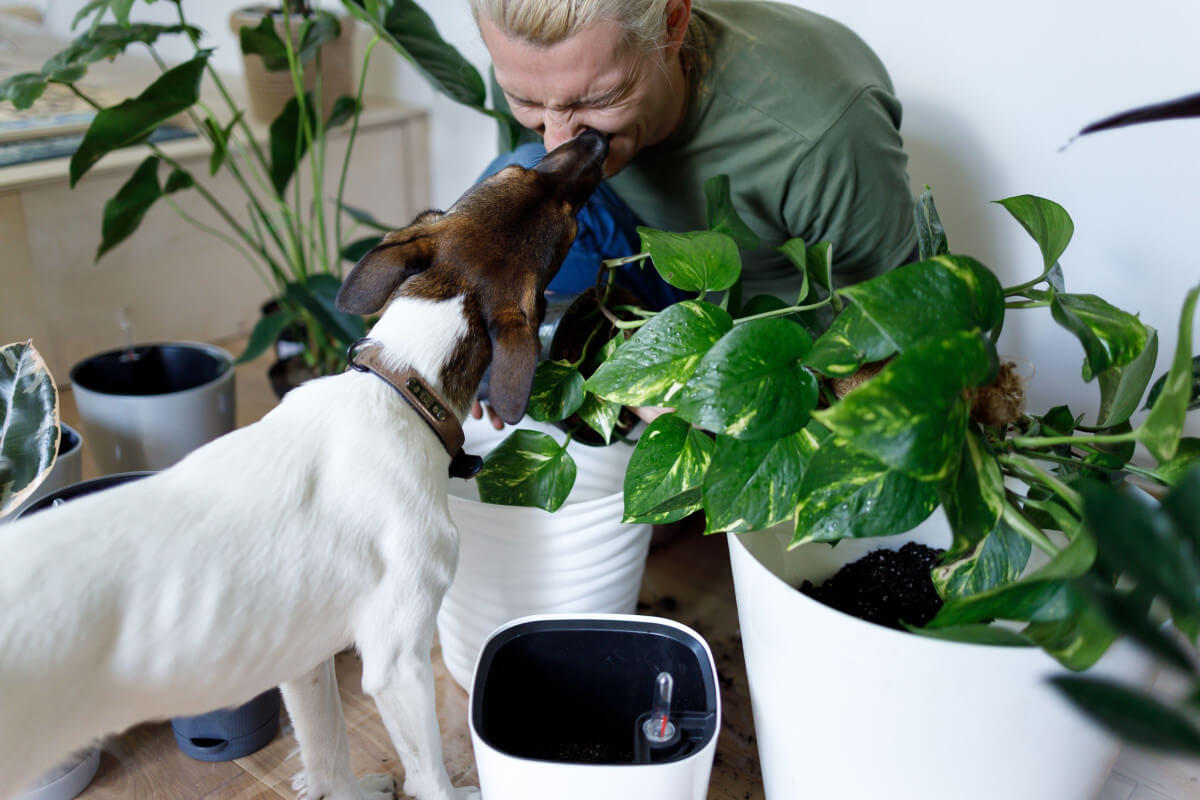 You might be enjoying your dog licking you all the time but this might not necessarily be a pleasant experience for your friends or visitors who don’t like the idea of your dog’s saliva all over them.

You see, when a dog licks you, he is trying to express his friendliness or to tell you something. Just like for humans, we greet each other through greeting and handshake, dogs do it through their licking.

Dogs are taught to use licking as their way of communication since they are still puppies. Your dog licks you to show his love for you, to get your attention, to learn more about you, to relieve his stress (licking can help him to calm down) and because you have positively reinforced his licking behavior.

He Is Showing YOU His Affection

When your dog sees you, he is trying to show his friendliness and say “Hello” to you. As he is unable to express himself in words, he makes use of his body language to do the talking.

Your dog will often perform this behavior when you are back from work. The moment you open the door, your dog will jump on you and start licking all over you.

He is so excited that you are back home, and he wants to show you his happiness by putting his tongue on your face.

Apart from exhibiting his friendliness, your dog’s licking could also be due to his craving for your salty sweat when you are back from a jog or his way to wake you up in the morning.

It could also be his way of showing his submission and telling you that YOU are his BOSS!

You Have Positively Reinforce His Licking Habit

That’s certainly what most dog owners have been doing! They are reinforcing their dog’s licking with positive experience by giving them pampering and caressing.

Think about what is the last action that you do when your dog licks your legs? Do you do the same action (pampering and caressing him) when your dog lavishes you with his irresistible kisses?

Your dog will view this as your way of telling him that you like his action, and he is doing something right. Since your dog is getting that positive reinforcement from you, he will simply keep doing that.

So beware of giving your dog that false information as that might lead him to perform excessive licking on you which can be rather irritating at times.

He Is Doing Some Detective Work On YOU

When your dog licks you, he is trying to gather some ““information” from you.This often has to do with his curiosity to explore the world around him and learn more about the human world.

And when your dog licks your hand, he will be able to “taste” the evidence of these activities and get to know more about your routine and odor that you bring along when you are back home.

This Is His Way To Get Your Attention

This could also be the way that your dog is trying to get your attention. He is telling you “Hey. I’m HERE!”, by licking on your hand.

And guess what happens when you give him your attention, he will start to lick you all over. This is his way of showing his happiness.

This Is His Way To Relieve Stress

Dogs often find a sense of calmness when they perform licking. When your dog licks on you, the release of pleasure endorphins into his bloodstream will help to make him calm down and ease his anxiety.

This could be your dog’s way to relieve his stress or anxiety and chill down.

So if you find your dog persistently licking on you and showing signs of discomfort, you will need to identify the causes of the stress and work on eliminating the stimuli.

It could potentially be the case of separation anxiety and your dog gets stressed when he is left alone for a prolonged period of time.

He Is Licking To Inform You He Is Hungry

If you find that your dog is licking on your mouth, this could be his way of telling you that he is hungry and wants you to give him some food.

This is an instinctive behavior that you can see from a young puppy when he is licking his mother to get some food for him.

Licking Is His Ancient Instinct

Just like dogs who like to roll in dead animals or poop as a way to leave their scent on them or to have their body scent camouflage (as what they have been doing in the wild), licking is also part of their ancient instinct.

You see, when they are young, they are taught to lick their mother as a way to ask her for food. This is becoming his ingrained instinct even when he has grown up.

What CAN You Do To Curb His Licking Habit?

Make use of the following 4 TIPS to make your dog do away with his licking behavior.

Similar to what you taught your dog on your house rules, you should also define your licking rule for your dog to adhere to.

You see, rules give consistency and predictability for your dog’s licking behavior and makes him know where the boundaries are and help to prevent excessive licking behavior.

The licking rule would mean your dog is ONLY allowed to lick you about 5 times and if he does more than that, you would have to move away from him and leave him alone.

This rule will allow your dog to have some licking expression of his natural instinct while preventing him from becoming too excessive.

And as he progressively learns to control his licking, you can slowly reduce the licking frequency to maybe 3 times, followed by 1 time and of course, to do away with any licking eventually (if that is what you desire).

He will gradually know that by not licking at all, you would be with him and not leave him alone.

And when you see that your dog starts exercising his control and stops his licking habits, you should give him your praise and affection. This will help him to associate that by not licking you, he is getting your attention and love.

You see, your dog often licks you because he wants your attention and if you ignore him or leave him when he licks, he will not see this behavior to be rewarding and will cease doing that!

Your dog might be licking at you because he is simply bored and wants something to do. This is often the case where he is filled with pent-up energy and there is no outlet for him to release.

What you can do is to plan for some routine physical games (such as Tug of War, Frisbee, Flirt Pole) for him to play with daily to help him release that excessive energy in his body.

As the saying goes “A Tired Dog Is A Good Dog”.

You could also redirect his licking habit by giving him some chewing toys or KONG with peanut butter to keep his mouth busy and that will prevent him from licking you.

Use Bitter Spray To Deter His Licking

As I have mentioned in the start of the post, your dog might like to lick you simply because he likes the taste of your skin (oily surface or salty sweat) and if you make it taste horrible for your dog, he will certainly stay away from that licking.

And one way to do this is through using bitter spray which all dogs find it tastes awful. That will discourage his licking habit.

What you need to do is to spray a bit of the solution on the area where your dog likes to lick on and before you know it, he will stay away from that licking!

Train Him Not To Lick

This is a simple training exercise that I often play with my dog to make him stop his licking habit.

I would place my left hand down for a second and the moment he starts licking at it, I will bring back my hand and make it “disappear” from him.

And if he doesn’t lick on my hand, I will immediately give him a treat from my other hand.

I will keep repeating this simple exercise till my dog gets the idea that if he doesn’t lick, GOOD things will happen. He will get a reward (a treat and my attention) for that!

And if you find your dog keeps licking and scratching HIMSELF, he could be trying to ease his itchiness and might be suffering from some skin disorder. You can learn more on how to address this issue from HERE.