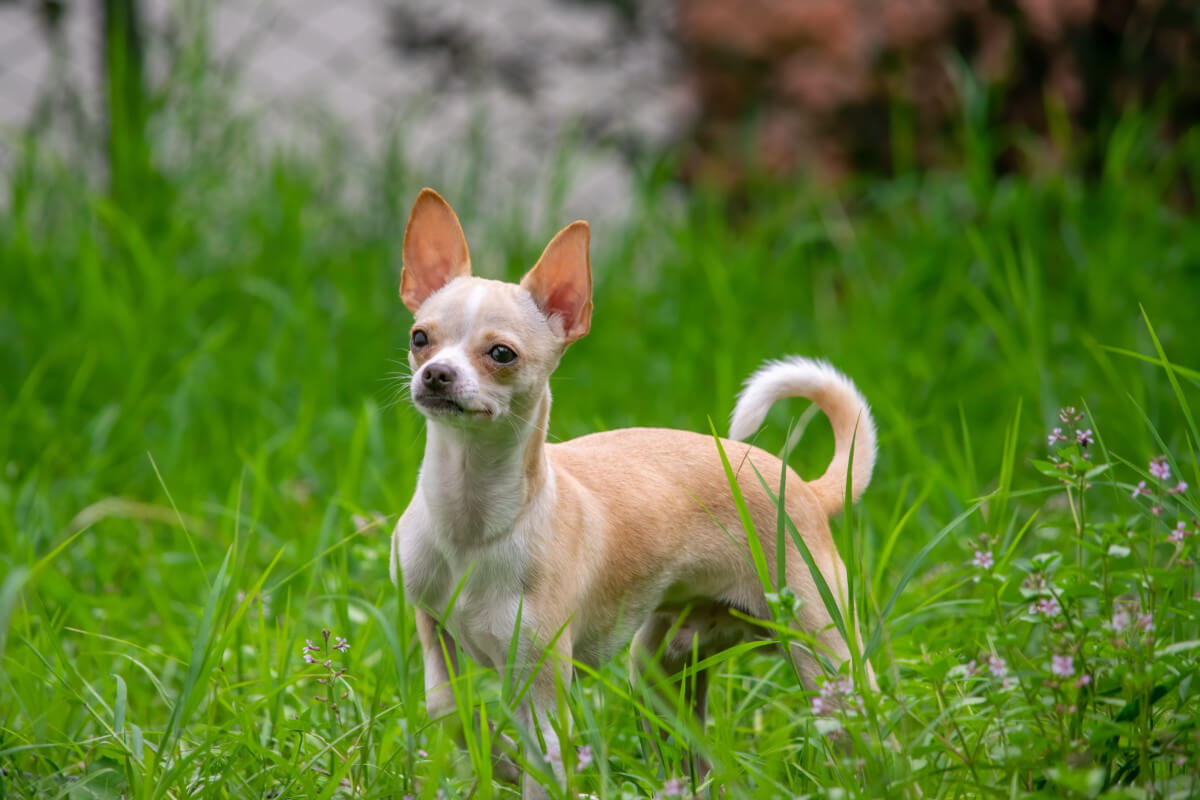 Chihuahuas have always been a very popular breed for adoption since they’re so cute and loyal.

But like other toy breeds, Chihuahuas can become possessive of their owners to the point of becoming aggressive, and they can get overly attached to just one person, who is usually their caretaker.

Is that their natural behavior or are they being influenced by something? Let’s find out more in this post.

Chihuahuas are often called “One Person Dog” because they tend to stick to one person they are attracted to. Some reasons could be lack of socialization, overly attached to that person, leaning towards someone who has similar characteristics, feeling a sense of security with him, and, lastly, rewarding experiences from him.

Chihuahuas need to be socialized from the very beginning, just like all puppies. It is during the socialization training that they learn to trust humans and pet animals around them instead of being afraid of them.

They will learn how to respond to different stimuli and situations.

As they socialize, they will gain confidence and develop a sense of self-worth. This will make them feel more comfortable and confident around other people in your family, and they will be more willing to accept them.

They will be well-behaved and have a great temperament and will be less dependent on you.

Chihuahuas need to be exposed to a wide range of people, places, and things that they can interact with in order to socialize.

Meeting new people, places, and things as well as being exposed to unfamiliar situations should be part of the training.

Chihuahuas that have been abandoned by their previous owners are known to be clingy.

They might have trouble trusting anyone and, in fact, may hate strangers except for the one they regard as their pack leader.

It is therefore important that you socialize with your Chihuahua after you adopt him. This is because his natural behavior is highly influenced by his experiences.

You will have to spend some time exposing him to other dogs and people. He has to become used to having strangers around him.

It will take some time for him to adjust to new situations. Once he’s used to that, he’ll be more likely to accept your family members and visitors at home and will no longer be a “one person dog”!

He Is Suffering From Attachment Disorder

Dogs are naturally attached to their owners and an overly anxious behavior might surface when they find themselves alone. This is often a sign of attachment disorder.

A dog with an attachment disorder is usually very clingy and will try to make himself as close as possible to his owner. This is often caused by separation anxiety phobia.

When your dog is overly attached to you and wants to be with you all the time, he seems like a “one-person” dog, because he only wants YOU around and cuddle with you.

If you are away from him or ignore him for too long, he may start being overprotective of you and stop anyone from coming near you.

Separation anxiety can also be observed in the way your dog looks at you. He probably wants to make sure that you are always in his sight, keeps staring at you and follows you wherever you go.

Despite what many people think, dogs do not cling to their owners by nature. This is not a part of their instincts unless they are of Velcro-like dog breed such as Vizsla, Labrador Retriever, Border Collie and Maltese.

Getting too clingy can be a result of a lack of attention from the owner, or the dog may just be looking for some love.

For your dog to overcome separation anxiety, you need to make sure that he sees your family members as someone that he can rely on.

Naturally, this will take time as your dog will usually be more inclined towards someone (who is YOU) who has been taking care of all his basic needs.

But once he has overcome that disorder, he will be more willing to accept other people in his life and will stop being a “one person dog”.

You’re More in Tune with His Personality

Chihuahuas enjoy spending time on their owners’ laps and are not fond of spending too much time outside.

They are often found to lean toward certain people and shun others. The reason for this may be that they get along better with people who have the same personality as them.

So if your personality “matches” the ones that your Chihuahua possesses (such as devoted, aggressive, lively, alert and courageous), it is likely that he will look upon you as his best friend and stick with you.

If you have a Chihuahua, and he is staying away from other people, it’s probably because he’s already attached to you.

He will only want to be around you and rest on your lap. This way, he will receive attention from you and will feel like he’s being rewarded for his good behavior.

He Looks Upon You As His Alpha

It is natural for your dog to want to stay close to you when you have established yourself as his pack leader.

This is because he is confident that you will take proper care of him and keep him safe at all times.

That explains why he follows you and not others in your family.

You will be the one that he looks for when he wants to have fun. Likewise, when he sees you back home, he’ll be so excited that he’ll jump on you.

He gets nervous and anxious in your absence, and will whine or bark if you are not there to feed him.

He Finds Your Presence Rewarding

There’s a good chance that your Chihuahua will follow you around because he thinks that you’re “The Good Samaritan”.

This is especially so if you regularly interact with your Chihuahua in a rewarding way. That is, he often gets some form of reward, such as a small treat, praise or petting on his shoulder for just being with you.

If you want your Chihuahua to stop following you around, you need to do two things. First, make sure that you’re NOT rewarding him for being close to you, and second, try to change his perception of you.

He’s expecting lots of rewards from you when he’s near you, so if you don’t give him any, he’ll be less motivated to stay close to you.

You need to make him realize that he’s getting rewarded for doing what you want him to do and not for simply being around you.