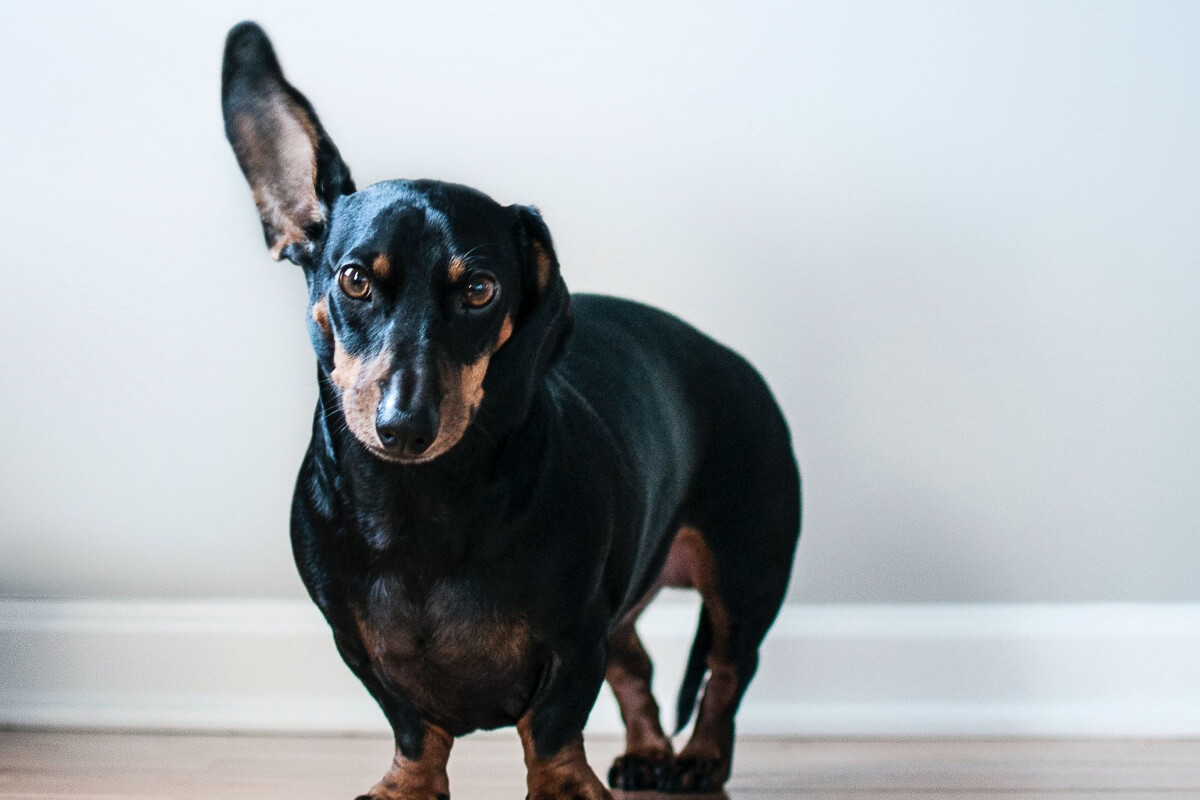 If your dog has stopped responding or listening to you when you call out his name, this often has to do with what is known as “Learned Irrelevance”.

This is more of that you’re repeatedly exposing your dog to a simulate (like calling his name) and not connecting it to any reinforcer (such as a treat or your attention) and this will actually be teaching him to ignore the stimuli.

If your dog has stopped listening to you, it could be you are not giving him any reinforcer when he pays his attention to you. He may also stop seeing you as his pack leader and cease to obey your instructions. Health issues such as hearing problems and depression could also constitute this issue.

You Are Not Giving Him Any Reinforcer

Your dog is not getting any reinforcer (attention or reward) that he is expecting when he listens to you and this will make him feel that it’s not worth paying his attention to you.

This often happens when you unintentionally say his name when you are on a phone call with a friend talking about your dog.

Since you are not aware that you have mentioned his name over the phone, your poor dog who is beside you, will be looking at you and thinking “What do you want me to do? Where is my reward for paying my attention to you?”

By persistently not getting any reinforcer from you, this will create a negative reinforcement on your dog and gradually he will not react when you call out his name.

To resolve this issue, give your dog a nickname (different from the one that you used to call him) and use it when you want to talk about your dog with your friends or neighbour (with no intention of getting his attention).

Since it’s going to be a different nickname that you had not trained your dog to learn, he will not respond to that.

So keep in mind that you will not want to be using your dog’s name all the time in your conversation unless you want him to respond and pay his attention to you.

For that purpose, using a different nickname for your dog purely for conversation that you do not need his attention will be a good alternative.

Relate His Name With A Desirable Outcome

If you are repeating your dog’s name over and over again without connecting him to a desirable outcome (a reward or an action that you want him to perform), you are going to weaken his response to his name calling.

If your dog is not giving you his attention when you are calling his name, avoid repeating the name over and over again.

Chances are if he is not responding to your calling for the first 1–2 times, he would not be doing so even if you call him 10 times.

You would have to retrain him on the behavior and setup on the situation and work up to the level of proficiency that you want.

This is how you would train him to associate responding to his name with a rewarding experience.

1. One of the opportunities to train your dog on his name is during his meal time. Every time you hand feed his meal, start off by calling his name and then you proceed to feed him.

The goal is to build value for his name so that when he hears his name being called, he knows GOOD things will happen.

3. Introduce distraction such as leaving a chewing toy on the floor. As he is playing with his toy, call out his name and if he drops off his toy and runs to you, give him a high value treat.

You would want him to associate that responding to his name calling is going to be the MOST rewarding experience, and he is willing to abort what he is doing and come to you!

The goal is to reinforce that when he hears his name and comes close to you, it’s going to be very rewarding.

For a high value treat, I would suggest that you go for some real meal treat such as chicken or salmon rather than those dry kibbles.

You will have to make the treat SUPER enticing for your dog to be willing to stop what he is doing and come to you naturally!

So using a high value treat will be the way to get your dog trained on his name calling. BUT that doesn’t mean you have to always use the treat as the reward for his attention.

Once your dog has a solid understanding of his name, that is, he knows what to do when he hears his name being called, you can cut down on giving him a treat and gradually replace it with just a praise and petting on his chest.

Do not go too fast to do away with the treats totally as that may make your dog not wanting to play the “game” anymore.

You can maybe give him the treat on random (on every 2 or 3 repetition of his name calling) and see if he is still reacting well and gradually do away with the treat.

Make Your Dog Hopes That He Will Be Called

You should make your dog feel that it’s a privilege to be called and make him hope that he will be called. In this way, when you call his name, he will react instantly and look for you.

Of course, to accomplish this, you would have to make him feel that it is going to be very rewarding when he responds to your calling and the way to do it will be to make him associate his name with a positive experience.

And the best way will be to reward him with his favorite treats. Of course, you can also offer him his favorite toys or petting on his chest, shoulders or base of his neck as a form of praise.

Your Dog No Longer See You As His Pack Leader

Dog seeks for leadership and loves to listen to whomever he feels is in charge and if your dog has stopped listening to you, it could be that he NO longer sees you as his Alpha.

Learn to be a GOOD leader for your dog to gain back your Alpha position!

You see, leadership is often misunderstood by many dog owners. It‘s not really about controlling or yelling at your dog to make him listen and obey you.

The way to make your dog sees you as his leader should be through building relationships, confidence and trust in you. Make him LIKE to listen to you rather than forcing them to listen to you!

Always follow this approach – “Say what you mean and mean what you say”.

When you ask your dog to perform a behavior, and he deliberately ignores you, it’s very important that you follow through and make sure your dog ultimately does it. This is vital to ensure your leadership position in your dog’s eye.

Say you ask your dog to sit, and he is busy sniffing the floor or barking at his distraction, all you need to do is to repeat the sit command again in a neutral and calm tone and follow through to help him get to the position.

Reward him with treats or praise once he has done what you want him to do. This will make him like to follow your instruction as he gets a rewarding experience for performing that.

Never simply keep yelling at him to force him to obey your instruction as that would make you lose your credibility as a leader.

You should also never give up if your dog simply ignores you when you first ask him to perform a sit. Giving up too quickly will make your dog think he doesn’t need to listen to you and will make him see himself as the pack leader.

I would suggest that you should do away with any yelling or scolding of your dog as that would potentially “break” the trust that you have built up with him and make him fearful of you.

You will never get a fearful dog to listen to you.

Hearing Loss Due To Aging

Another potential cause of your dog not listening to you could be the case of his hearing deterioration as the result of aging.

It’s common for an aging dog to suffer from hearing loss and that makes it difficult to hear your calling. This will be a gradual process and you might not notice it immediately.

Apart from ignoring your commands (as he cannot hear you), other symptoms would be excessive barking, titling of his head or unresponsiveness to everyday sounds such as door knocking if he is suffering from a hearing disorder.

What you can do is to bring your dog for a health checkup on his hearing when your dog enters his senior years.

Similar to humans, dogs can get into depression and start to isolate themselves.

If you find your dog starts to stop listening to you (becomes withdrawn) or no longer shows any interest in what he used to love doing, this could be a sign of depression.

Think about if there has been any major event happening in your home recently that could have a great impact on his mental health such as if your other pet (who is his playmate) is leaving or dying?

For this case, you would need to seek help from your veterinarian.