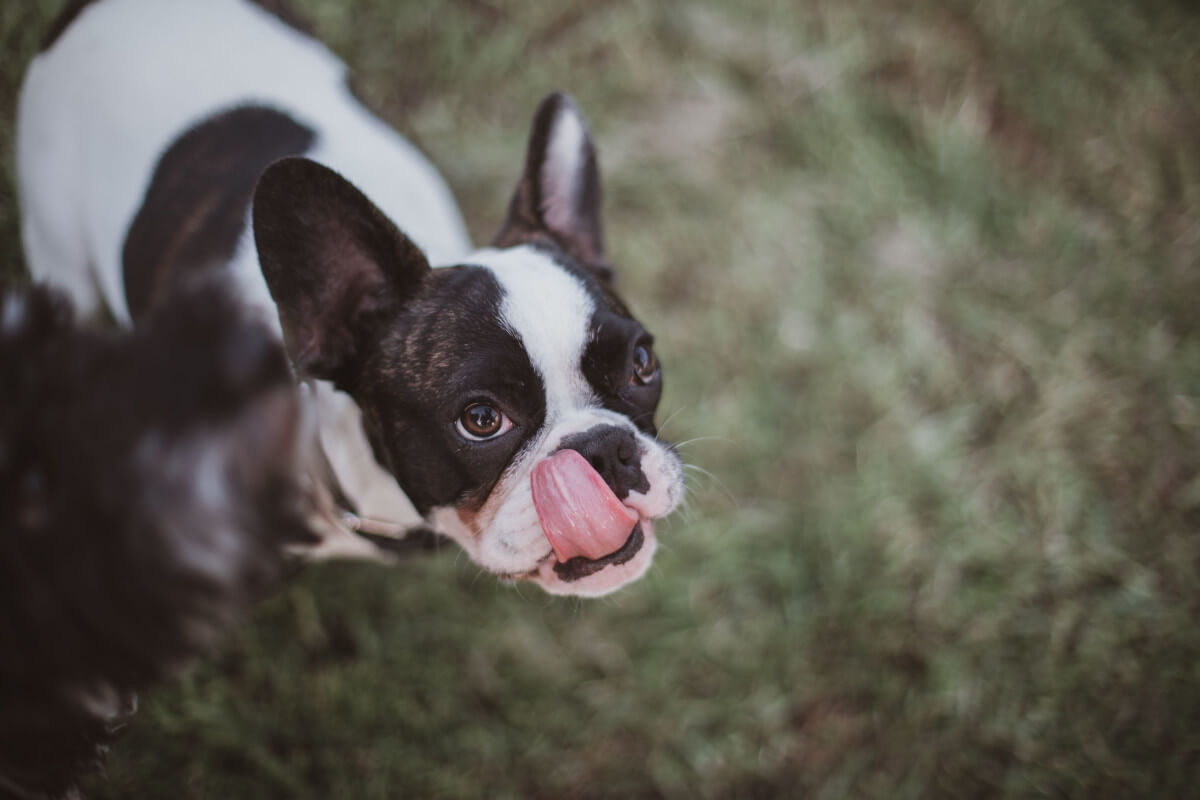 Dogs would lick their private areas as part of their grooming behavior. It could also be an early sign of infection such as UTI or bladder inflammation or the result of allergies that induce rashes or itchiness. They could have picked up this bad habit from somewhere or do it out of boredom.

This type of behavior can be annoying to many dog owners as it would be so embarrassing for them when their dogs do this action in a public area such as shopping malls, restaurants or other places where many people are around.

Part Of His Grooming Behavior

In fact, a moderate level of your dog licking his private area is considered as part of his grooming behavior. This is how he keeps himself clean and fresh.

It also helps him to release any tension and anxiety which builds up in his body.

You will often see him doing this action after peeing to clean up himself.

You should not interfere with this natural behavior unless it becomes a serious medical problem or if you find him to be excessively licking his private area.

If you notice your dog is having frequent accidents or if his private area becomes infected or irritated, then you should bring him to see your vet immediately.

If your dog is excessively licking his groin area, it could be due to an infection, injuries, or other health issues affecting his urinary and reproductive systems.

Urinary tract infections are very common in dogs and are caused by bacteria getting into the bladder through the urethra (the tube that carries urine out of the body).

The most common symptom is the frequency of urination (your dog will go to potty more often than normal).

Other symptoms include blood in the urine, and the urine being cloudy. Infections can be treated with antibiotics.

However, if your dog has an injury or other underlying medical condition that is causing the irritation, then surgery may be needed.

In some cases, an infection or irritation in the urinary tract can lead to a blockage (also called a “stone”) in the urethra.

This can cause your dog to strain during urinating, and will often result in him licking his genitals as a way to relieve the discomfort.

In most cases, an examination by your vet will reveal the cause of the problem and get your dog back on track in no time.

Your dog could also be licking his genital area or his paws as a way to relieve the rashness or itchiness that is caused by environmental or food allergies.

You would often see redness or rashes around his private area.

In this case, this licking behavior will cease after a few days once the allergy is addressed.

It is important to know if your dog has any of these allergies and keep him away from them.

Environment allergy could be caused by fleas, dust mites, dander, grass pollen, feathers, fur, wool, chemicals, car exhaust, and other stuff that he comes in contact with on a daily basis.

Get to know which is the allergen that is causing his discomfort and try to minimize his exposure to it.

You can use an antihistamine spray on your dog to ease his irritation.

A non-scented lotion can also be applied to the affected area if there are no cuts or open sores in his groin.

You should NOT use hydrogen peroxide or any solution that stings or irritates his skin.

Applying oatmeal to the affected areas can also help to soothe the irritation.

If this is caused by fleas, give him a flea bath to get rid of them.  You can use a combination of baking soda and water to bathe him.

Food allergy could be caused by chicken, beef, pork, fish and dairy products that you give your dog on a regular basis.

If you have made a change to your dog’s diet recently, then it is very likely that he has a food allergy.

His body is reacting to the new food that you are feeding him as though it were an “invader” and his immune system is going into attack mode.

You will have to revert to his old diet and find out the food that is causing his allergies so that you can avoid them in the future.

Your dog could have picked up this undesirable habit of licking his private area from another dog when he is in the shelter.

You see, dogs are social animals, and they learn by example.

When one dog licks another dog’s private area, that second dog often picks up the behavior. It happens all the time. And when there is no other dog around, he will lick his own private area.

So if your dog has developed this bad habit, it’s best not to scold or yell at him for that behavior as that would only make things worse.

Instead, simply tell him “Leave It” in a firm and calm voice, and when he does stop, praise and reward him immediately.

The goal is to make him associate that by not licking his private area, good things will happen. He will be rewarded with a tasty treat and praise from you.

Over time, this should reduce the number of times he lapses into this bad behavior.

It will certainly take time and patience on your part for your dog to completely do away with this behavior, but it can be done!

Keep adopting positive reinforcement to help him along the way. Remember, consistency is the name of the game here!

While you are training him to do away with this unpleasant habit, you can put a cone on his head if you are bringing him out in public to prevent him from performing his licking.

Do not be surprised that your dog could be licking his groin area just to “kill” his time.

This is normal behavior for a dog. It is one of the reasons why you should make sure that he is occupied with something other than just sitting around and waiting for something exciting to happen.

Remember, pets are just like people; they have no interest in doing nothing. They have an inherent need to be physically and mentally active.

If you let your dog run around outside without any form of exercise or mental stimulation, you will soon find him lurking around the house looking for ways to occupy himself.

So you should include playing some interactive games with him, such as tug-of-war, fetch or flirt pole.

It is also important to keep his mind occupied with something interesting and fun. This way, he will not have time to get bored and start thinking about self licking.

Some mental simulation games that you can play with your dog include playing hide-and-seek and finding a “treat” game.

You can also get him some puzzle toys and make him work to solve them, or you can just sit and watch him figure out the puzzles himself.

You should make sure that your dog has a lot of “fun” with the puzzle and reward him with treats once he manages to solve it. This will keep his mind occupied with positive thoughts.