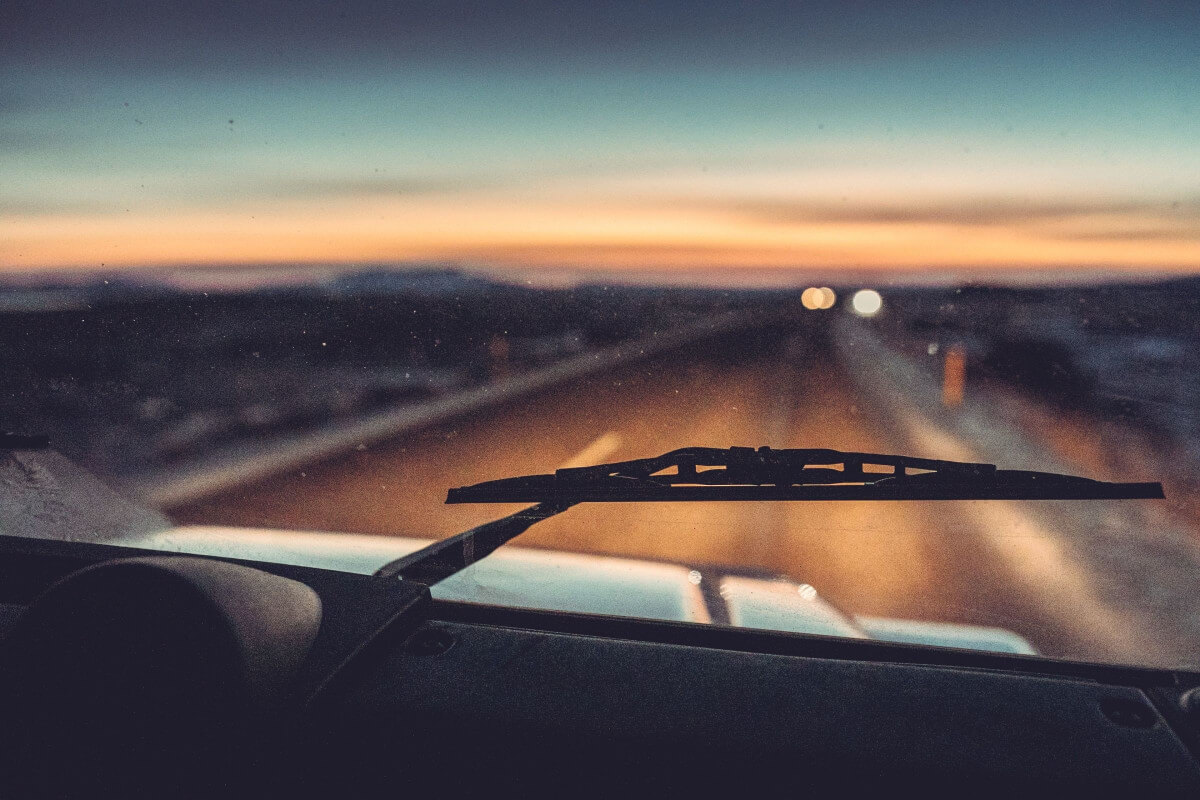 You are bringing your dog for a car ride and the weather starts to get bad and pouring heavily. As you flip on the windshield wipers, your dog starts to react fearfully and hide behind the seat.

This makes you wonder what’s causing his fear and anxiety of the moving wipers? Is this just his reflex reaction or is there something more to that behavior?

Unfamiliar Objects Appearing on the Windshield Frighten Him

If this is the first time that your dog is taking a car ride, the presence of a pair of wipers on the windshield can be very frightening for him.

This is especially so if he sees that the wipers are able to move by themselves and at different speeds.

It is very easy for a dog to confuse a moving object such as a wiper with an attacking animal because it looks like a big black monster to him.

He thinks that it is trying to get a bite out of him.

These “moving” things are very close to him in the car, and yet he is not able to smell any scent from them.

This is certainly going to install fear in him, and he will start running away from the windshield as soon as he notices it.

As he is “trapped” in the car, he can be extremely stressed and might even result in a panic attack on you.

Association of Wipers With Bad Things That Is Going To Happen

Your dog is fearful of windshield wipers because he has associated them with lightning and thunder.

That is, the noise of the wiper means there is rain coming.

He knows that when he sees the wipers moving, there will be a heavy downpour with lightning and thunder.

And as you are aware, dogs are fearful of loud noises such as those from thunderstorms, fireworks and explosions.

This association makes him freak out whenever he sees the wiper moving.

It could also be the case that he had been startled by them at some point in the past.

Maybe he had dashed across a road on a rainy day and got hit by a running car with the wipers moving.

This incident has left him traumatized, and every time he sees a moving car with wipers, that freaks him out.

Training him to associate wipers with positive experiences will help to ease his anxiety whenever he sees them.

Noise of the Wipers Stunned Him

Windshield wipers are operated by a motor, which can make a loud noise when they are in use.

This noise is usually not a problem for human beings, but it can be quite annoying for your dog, especially if they are running at full speed.

As you probably know, dogs possess acute hearing and your dog may be startled or frightened by the sudden rubbing or clattering noise from a pair of moving black objects (wipers) in front of him.

This noise will be more prominent if the wipers are too dry and unable to provide enough lubricant for it to glide smoothly across the windshield.

To help your dog overcome his fear of the sounds generated by the wiper, you can play music in the car to help mask that noise.

Sudden Movements of the Wipers Made Him Feel Terrified

What will be your dog’s reaction when you throw an unknown object at him?

I bet his first reaction would be to run away! It’s a natural response from a dog when he is in fear of the unknown.

When your dog is enjoying his view from the windshield and out of a sudden, the black wipers start to move left and right at a fast speed, that will certainly make him feel nervous and stressed.

The windshield wipers appear to be moving on their own and your dog sees them as a threat and may even start barking at them.

He is unsure if these moving wipers will spring an attack on him, as they seem to be going in his direction and that causes him to become tense and agitated.

How To Help Your Dog Overcome His Fear Of The Wipers?

If you have a portable crate, you can have your dog stay in the crate during a car ride.

Usually, your dog will feel more secure in an enclosed area that they are familiar with and the crate will give him that sense of security.

That will be an interim solution while you work on desensitizing him from the wipers.

The way to carry out the desensitization will be as followed:

1. Hug your dog in your arms while you turn the wipers on. Hugging will make your dog feel at ease and help him to calm down.

2. Watch out for his reaction as the wipers are in motion. If he is feeling nervous and showing signs of fear, try to get his attention by calling out his name.

3. Give him a treat and pet him on his chest as soon as he gives you his focus.

4. Let your calm energy permeate his body through your assertive tone. Your goal is to make him feel that YOU are his pack leader and will protect him well.

5. You will need to carry out this training several times, and it could take up to a week for him to be comfortable with a moving wiper. Start with a 5-minute training session and slowly increase the duration when your dog is reacting well to the training.

6. As your dog feels more confident, you can just leave him on the side of the seat instead of hugging him and continue with the training till he is fully desensitized.