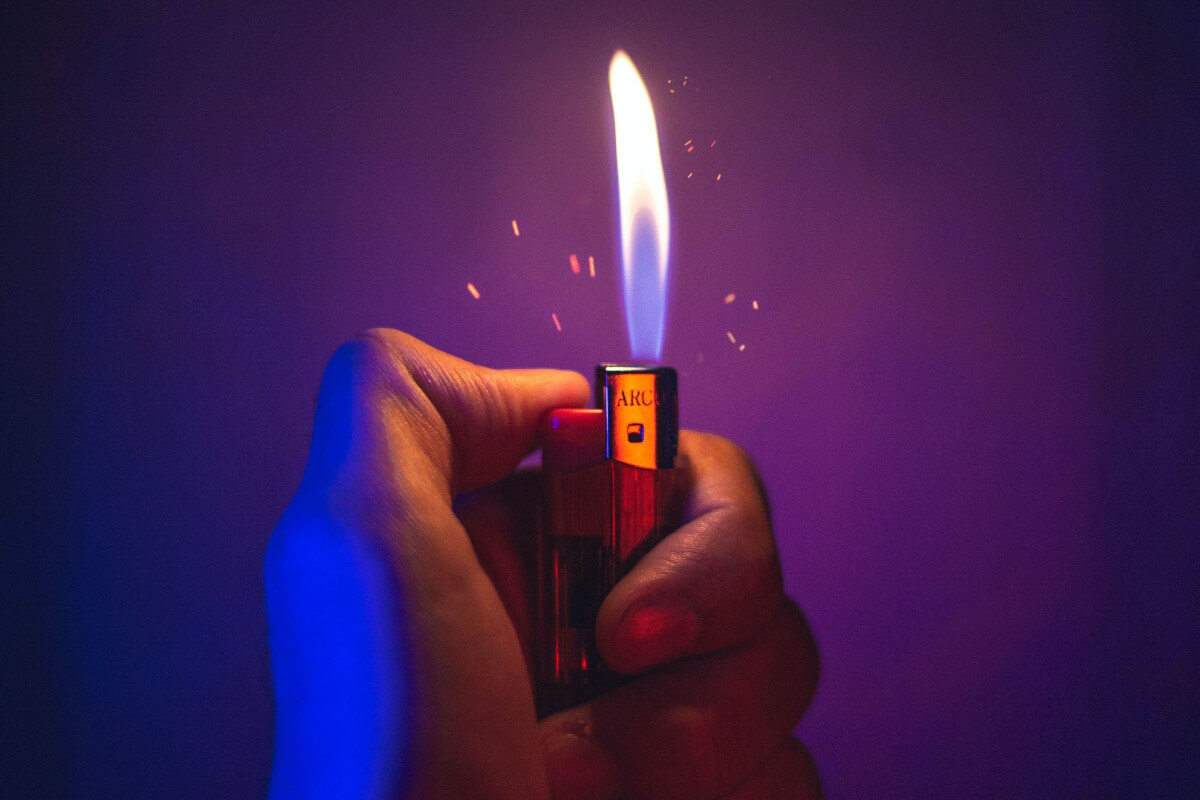 My dog is terrified of lighters. In fact, whenever I take out a lighter, he will become so fearful that he will flee for his life.

It’s almost as if he had seen a predator that is going after his life! This makes me wonder what’s the reason behind this.

I know that dogs are naturally afraid of fire, but is that what’s causing his fear? Is there any way to desensitize him or to stop his fear?

Sound From The Lighter Frighten Him

It is normal for any dog to be scared of anything that they don’t understand. And it is also normal for a dog to fear a certain object for a while until they are comfortable with it.

So, if this is the first time your dog sees the lighter, he could be shocked by the sounds generated by a lighter.

Apart from that, when you are trying to ignite the lighter, the rubbing of the spark wheel will also produce sounds that can frighten him.

Spike Created By The Lighter Stunned Him

When you are igniting a lighter, it will create a spark that can trigger fear in your dog. It’s similar to the firework scene that he had seen and that instilled fear in him.

It is not uncommon for him to tremble, howl, whine and even flee from you because he believes that the spike from the lighter is going to harm him.

This is due to the fact that his brain is still responding to the traumatic memories associated with the fireworks.

So this similar scene now brings back his fear and that makes him run away from you.

It is likely that he had experienced something scary and unpleasant with a lighter.

It could be because of a previous bad experience that he had gone through, or perhaps it is a fear of fire.

There are many other reasons why your dog is afraid of lighters, but the most common one is probably that he gets startled because he feels something BAD will happen whenever he sees a lighter.

It could be the case that he was ill-treated by his previous owner, who is a smoker and this makes your dog associate seeing a lighter with a BAD experience.

So, the moment he sees a lighter, it would bring back his traumatic memory, and he would start to shiver and cower.

To overcome his fear, you would need to train him to associate lighter with a positive experience.

Scent From The Lighter Shocked Him

Most dogs are very sensitive to some types of smells and the sudden smell of lighters can be very unsettling for them.

This is because of the way that a lighter works.

A spark is ignited by turning the friction wheel on a lighter, which releases a tiny stream of butane gas (Butane, when depressurized, converts immediately from a liquid to a gas inside the lighter).

This gas, although present in small quantities, is easily picked up by your dog as he possesses an acute scent.

If he finds the scent to be offensive, he will usually react with agitation and may even panic.

This will cause him to become highly aroused and will make him very vocal.

It’s the Igniting Object That Terrifies Him

If you are using a lighter to light a cigarette, the smoke and scent that emits from a lighted cigarette may cause your dog to be afraid.

Smoke from cigarettes has a very pungent smell to it and thick smoke obstructs his vision. In addition, smoke also swirls and moves, and this intensifies his fear.

The same goes for other sources of smoke, such as the ones from a lighted candle.

The Instinct of Survival Causes Him to Associate Heat with Harm

It is natural for dogs to avoid things that pose a threat to them, especially when life or death are concerned.

Your dog that lives in your house does not have to experience fire in order to know its danger as their ancestors have done it and left a legacy.

The fear of something unusually hot, suffocating and stench-filled is ingrained in him.

Thus, when he saw flames from a lighter, he immediately associated that with danger and ran away from it.

How to Help Your Dog Overcome His Fear of the Lighter?

You can make use of the following steps to desensitize your dog to a lighter.

1. Get your dog to be in a place where he will feel safe and secure prior to training. This will ensure that he is in a calm and relaxed state.

Having him in his crate would be an ideal choice if he had been crate trained. Leave the crate door open so that he is free to move around as he pleases.

3. Be patient as it might take a few rounds of encouragement before your dog is willing to make his move out of the crate for his treat. You can change the treats if your dog is not interested in the cheese.

4. Once he has successfully eaten his treat, you can then place the treat nearer to the lighter with the goal of making your dog eat the treat which is placed right beside the lighter.

5. When your dog is reacting well to this training, you can then increase the challenge by clicking the EMPTY lighter to make him get used to the “clink” sound generated from the lighter.

6. Be sure to reward your dog for any positive or neutral response. Once your dog is comfortable with this training, you can work toward actually lighting the lighter near your dog.

7. Do not rush into your training. Go slow, one step at a time and progressively move on to the next stage once he is reacting well to your training. If he is showing a negative response, take a step back in the training.