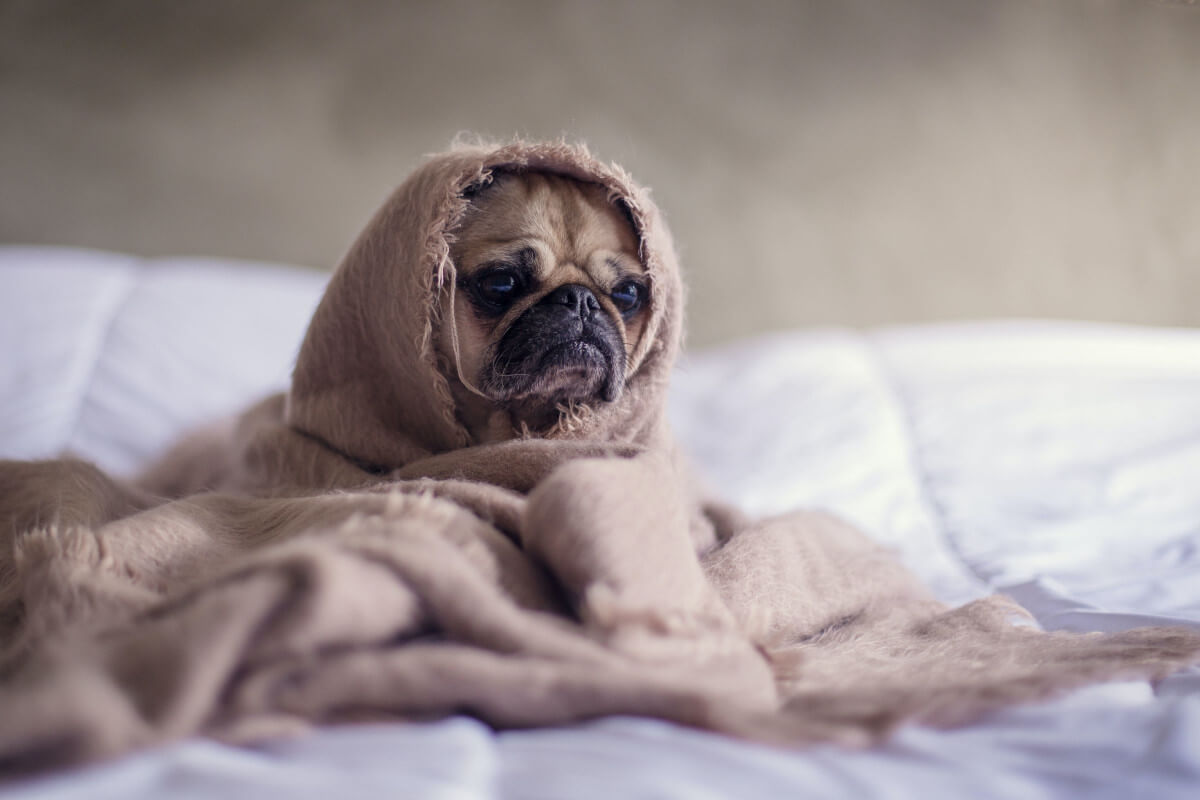 I’ve always wondered why dogs seem to be afraid of farts. It seems so strange that they would be scared of something that is such a common reaction from their body.

So if you want to know the real reason why your dog is scared of farts and help him to overcome that fear, then read on to find out the 4 ODD REASONS.

He Is Confused Where The Sound Comes From

Farts are one of the most unpleasant sounds that anyone can make. When your dog makes a loud fart sound, it may be due to various reasons, such as constipation, gas buildup in the intestines, or intestinal blockage.

As he couldn’t find or see that “sound”, this will create fear in him. He might think that someone is trying to hurt him or attack him, and he will feel threatened as he is unsure about the origin of the noise.

He will start barking and growling nonstop.This behavior will be observed when a dog is scared and feels threatened by a perceived danger.

If you are aware of your dog’s farting habits, you should find ways to reduce his farting.

Dogs will fart when they eat certain foods, so keep a lookout for their diet to avoid problems. It could be because he has not been eating enough fiber or drinking enough water.

Find out what is causing your dog to fart frequently and work on giving him an appropriate diet to avoid any health issues.

There is a chance that your dog is afraid of farts because he has associated them with other sounds that he is wary of.

This is especially so if your dog is highly sensitive to loud noises such as thunderstorms and fireworks.

In fact, there have been studies conducted that have shown that dogs are more likely to be afraid of thunderstorms than other noises.

Unknown Warm Sensation From His Bum Worried Him

When your dog farts, he can feel the sensation of “warm” gas coming out from his butt, but he is not sure what that is.

He feels like there is something “pushing” out of his rectum.

The “gas” is not visible to him as he can’t see it unlike urine and feces where he can physically see them.

He gets to smell the odor of the “gas” but is not sure if it’s something that he should be worried about.

This is why you will see your dog keep staring at his butt when he farts. He is trying to figure out what it is.

He Had Experienced a Negative Outcome

He might have had a bad experience in the past of farting, such as getting a scolding from you or making you leave him immediately (because of the foul scent).

This has made him learn that farting makes you unhappy, and you will not want to be with him.

He is now afraid of farts as he has associated this behavior with “bad” things that will happen whenever he does that.

Which is, he will be left alone!

What Causes Dogs To Fart?

It can be caused by many things, but usually it is caused by his diet. If you have been feeding your dog high-fat food or human food, he is more likely to fart frequently.

It could also be the case that he is suffering from food intolerance. This intolerance can be caused by a variety of factors.

One of the most common causes is the presence of yeast or bacteria in the dog’s stomach. Another common cause is a problem with the dog’s pancreas.

Sometimes the dog is born with a genetic disorder that makes it susceptible to food allergies or intolerance.

If your dog has been farting a lot as the result of food intolerance, make sure that his diet is free from any gluten and dairy products.

Dietary changes are often necessary, and you can seek help from a veterinarian for advice about which foods to feed and change his diet.

Keep your food away from your dog as human food is not meant for them in the first place. These foods are generally high in sodium, sugar and can contain ingredients that can cause your dog’s intolerance reactions.

Dogs are sensitive to food allergies and intolerances just like us, and you should be mindful of that.

Do Dogs Hate The Smell Of Farts?

Dogs are not always in favor of scent that makes them uncomfortable. This is especially so of the sulfurous odor of flatulence.

Depending on how strong and “sulfurous” the odor of the farts is, it can certainly make him move away from his current spot for some fresh air.

He would want to keep himself away from the area where the odor of farts is emanating from.

He may even make a few moves and then eventually settle down in a new location.

This is especially so since dogs possess a more sensitive nose than humans. Even a mild fart can easily be picked up by his acute nose.

Do Dogs Get Embarrassed When They Fart?

It is possible that a dog does not have any emotional reaction to his farts.This is because they don’t experience the same kind of social anxieties that we do.

Dogs react based on the emotions that their owners exhibit to them.

For instance, when you show your anger to your dog, he will know that you are unhappy with his behavior, and you are trying to teach him not to do it again.

So, unless your dog sees you laughing at him when he farts, he will not have any attached emotion with his break-wind.

You see, a dog’s ability to understand emotions is based on how humans react to his behavior or actions. He will then react accordingly.