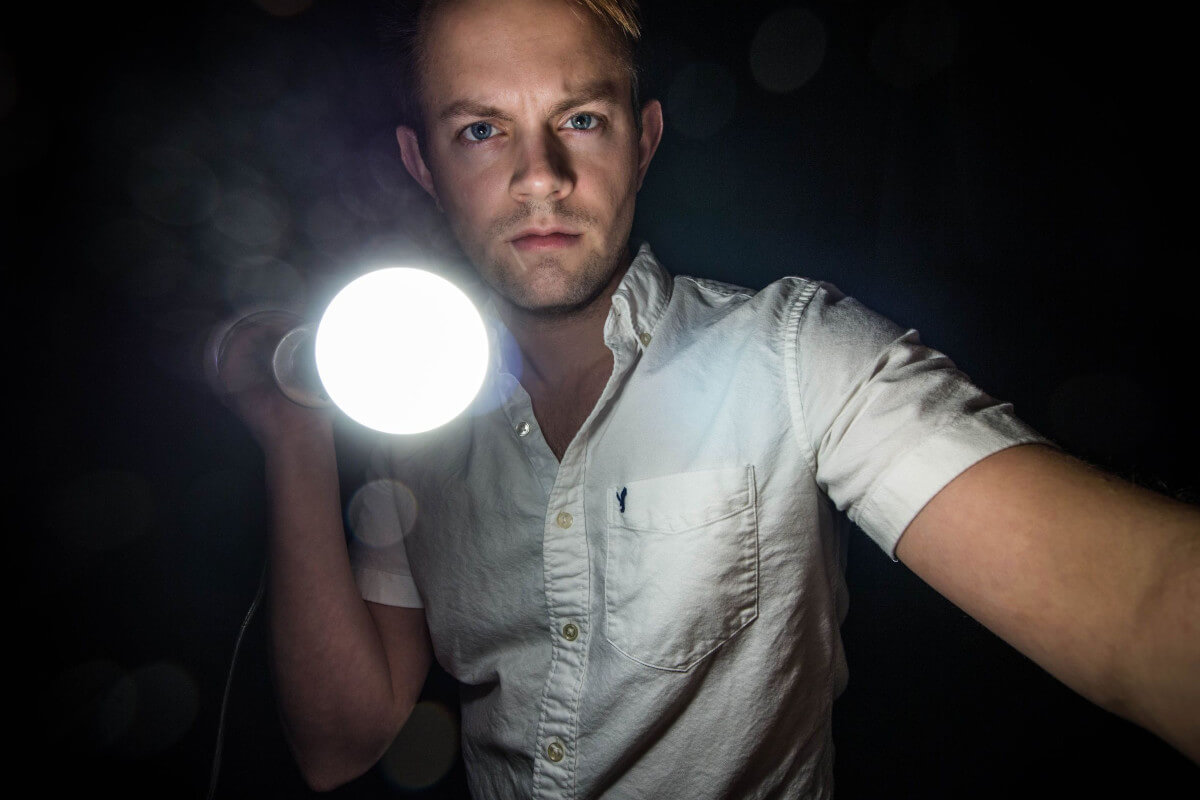 If your dog has a phobia towards flashing lights, such as the ones used in fireworks, strobe lights, neon signs or even headlights, there are several reasons for this behavior.

Let’s dive into how dogs see the world and learn why they are fearful of flashing light.

You Had Made Him Fearful Of That

Did you ever play a prank on your dog by flashing light on the wall using a flashlight or laser pointer?

You have purposely turned off the light in the room and used a flashlight to create a fast moving “spot” that keeps running around the wall in the room.

The swift movement of the light makes it impossible for him to catch it.

This creates immense stress and anxiety on your dog as he is trying to figure out what the light is, where it will be next and how to get away from it.

Fast Movement Of The Flashing Light Scared Him

To see a light that keeps flashing and moves at a fast speed can be terrifying for your dog.

He is worried that the light might suddenly have an attack on him and this thought frightens him.

This can happen when you take him out for a walk in the park during the night and there are children around playing with flashlights or laser pointers.

He may be scared and startled when he sees flashing lights “running” around in various directions.

This is particularly so if he finds those lights keep “chasing” after him and that makes him believe that there are predators going after him.

It’s also a fear that may occur if you are driving a car at night with your headlights on while your dog is sitting on the front seat.

He sees the lights keep following him as if they want to attack him and that freaks him out.

No Odor From The Moving Light Stunned Him

Dogs depend heavily on the use of their sense of smell and hearing to keep them from being harmed and to explore their surroundings.

When your dog sees a potential threat (flashing light) that comes with no odor, that is certainly going to be a scary experience for him.

He will feel confused, scared and run away as he is unable to identify what that flash is or if it is safe to approach.

He Is Afraid Of The Unknown

It is normal for your dog to be anxious when he sees something new.

When you use strobe lights in your shooting which he has never seen before, that can easily freak him out.

This is because he is not sure if this “flashing” will be of any threat to him. The lighting seems to resemble the firework scene that he had seen before and that installs fear in him.

Or it may have something to do with those “glowing eyes” staring back at him when he sees flashing lights appearing on the wall. Maybe he’s just a little jumpy!

Do keep in mind that dogs see the world differently than humans do.

They have a limited ability to process and understand visual information. That is why they rely heavily on their ears and noses to gather information.

Dogs have a lower tolerance for bright light than humans do, so they are easily frightened by strong lights.

This is because in dogs, there is tissue just in front of the retina, which is known as tapetum lucidum. This membrane allows light to pass through and then bounces it back.

This reflection effect causes dogs to be stunned whenever there is a bright or flashing light shining on them.

Flashing of Different Colors in a Neon Signage Alarmed Him

Neon signage is often used by advertisers to lure people into their shops and that certainly catches your dog’s attention as well.

Though dogs have a limited perception of colors, they can still see the flashing of yellow and blue in neon signage.

This irregular flashing of the color in the signage can cause your dog to be frightened because he may have associated it with some color changing animals such as Chameleons, Crab Spiders, Pacific Tree Frogs and Kapuas mud snake.

That will make him associate the flashing of color with these animals and run away.

Dogs Of Some Breeds Are More Obsessed With Light

Dog breeds such as Border Collie, Australian Shepherd, Golden Retriever and Rottweiler are more sensitive to light and shadow than other breeds.

They are obsessed with flashing lights and spots of light on the ground.

For instance, herding Border Collies are light sensitive and will give chase to light and shadows because that is part of their herding behavior.

If your dog appears to be scared of lights, there are several things you should do.

Try to find out what has happened before. Has your dog had an accident or been in a frightening situation?

Is it a new environment? Perhaps your dog was frightened by something and is afraid of the lights in the new place. Or maybe your dog has a bad reaction to a certain type of light.

If so, this may explain his behavior. After finding out the trigger, you should work on training your dog to eliminate his fear.