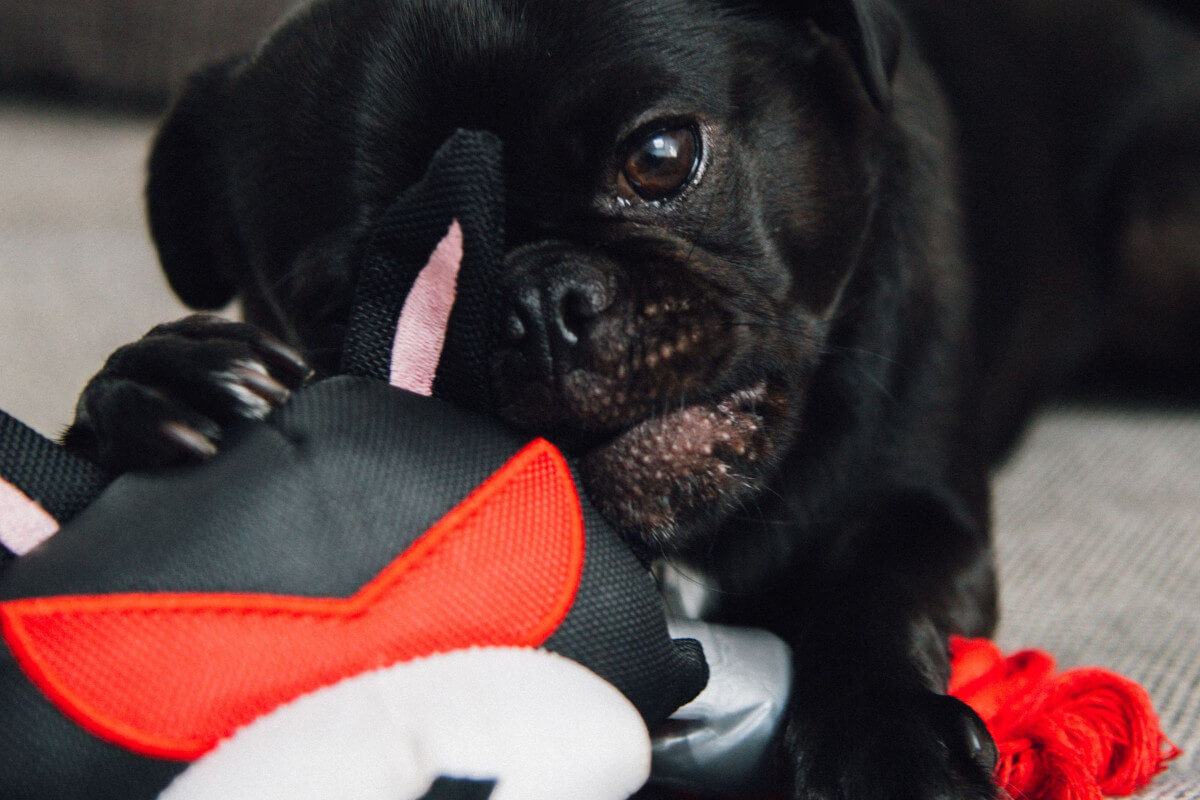 You’ve probably had that experience before; you’re trying to give your dog a toy, but he won’t play with it. It seems that he is really hard to please. So what should you do instead? Let’s find out in this post.

Toys Were Associated with Negativity in His Mind

Your dog may become less inclined to play with toys if he ever gets an unpleasant experience while playing with them.

It is therefore normal for him to avoid anything that might cause him another uncomfortable encounter.

He may have started to associate toys with bad memories and negative feelings and will feel uncomfortable with it.

This can be the case if he had ever gotten choked as the result of swallowing some falling parts from the toys and that led him to immense discomfort.

You will have to work on your dog’s behavior to make sure that he doesn’t get scared or uncomfortable when playing with toys.

It’s important to make sure that the toys that you buy are appropriate for your dog, which are durable and safe for him to chew on.

For a start, place a toy along with an enticing treat near to your dog. If he makes his move to go near the toy, reward him with the treat.

As he progressively feels comfortable being with the toys, offer him more treats to make this a positive experience for him.

This will help to overcome his fear of playing with toys.

He Is Bored with the Toys

Would you get your hand on things that you find boring? That same principle applies to your dog as well. If your dog gets bored playing with the same old toys, he will start ignoring them.

But there are a few things that you can do to make the toys more exciting for him, such as creating “games” out of them.

For example, you can use the toys to teach him new tricks.

You can do this by hiding your dog’s toy and then play a game with him where he has to find and retrieve the toy. When he had successfully accomplished that, reward him with a small treat.

This can be a good way to make him associate “playing” the toys with a rewarding experience.

You can also get your dog some dog toys that are stuffed with treats, such as Buster Cube, Trixie Pet Products Flip Board and OurPets IQ Treat Ball.

These toys will make your dog love them simply because all dogs love treats!

Toys Were Not Appealing To Him

Your dog may just be bored and want something interactive. It can be boring to play with unresponsive toys and your dog likes to get your attention to play with him.

Give your dog more attention if you’re having trouble getting him to play with his toys.

Spend some time every day playing with him and showing him enough love and affection.

You might also want to consider buying some interactive toys such as Omega Paw Tricky Treat Ball and Outward Hound Nina Ottosson Dog Brick Interactive Puzzle Game Toy for your dog to play with.

Mental stimulation is essential for your dog’s well-being. In the absence of it, he is likely to become stressed, tense, and restless. That is when you will find your dog keeps stretches on you just to get your focus.

Also make sure that he gets access to these toys easily. If he can’t find them, he won’t be able to play with them and that will make him lose his interest in them.

Dogs are very social animals, so if your dog finds something pleasurable to play with, he will want to play with it.

He Is Going Through a Difficult Time

If you have a dog that doesn’t enjoy playing with toys, chances are he’s going through a tough time and may just be feeling unwell.

Keep a lookout on your dog’s playing behaviors and if you see him getting more restricted (less active and appear lethargic), it may be an indication that he is having difficulty dealing with the pain in his body.

This is especially so if your dog is reaching his golden age (more than 12 years old). Due to aging, his joints are getting stiff and sore and his back is hurting.

He may also be showing signs of pain by having less interest in food and water, sleeping more, or being generally tired.

Dogs can sometimes lose interest in toys they used to like playing with due to factors like changes in their living environments or the loss of a companion.

It is possible that your dog feels overwhelmed by the changes in his environment (unfamiliar sight, smell) or the departure of his playing partner after moving to a new house.

He becomes stressed and anxious as a result and loses interest in what he used to love playing with.

It will take him some time to get over this, but it is normal for him to feel this way.

Keeping Him Entertained with Other Activities

If your dog doesn’t like toys, there are still ways to entertain him. You can play fetch, tug-o-war, or hide-and-seek with him. Bring him out for a routine walk in the dog park to keep him occupied.

You can also make up games for him to play. For instance, you can play a game where you hide a treat in one room and then have him find it.This will keep him busy and entertained for a while.

I do believe that dogs do have some sort of “play drive” in them. It’s a behavior that is instinctual in them. What you need to do is to get the “right” toys that can trigger their play drive and toys that are stuffed with treats will do the trick.

Do keep in mind that you will also want to avoid giving your dog too many treats (which are hidden in the toys) as that could make him overweight, which could lead to health issues.

Your dog will learn which toys are the best “fit” for him as he starts to play with them.