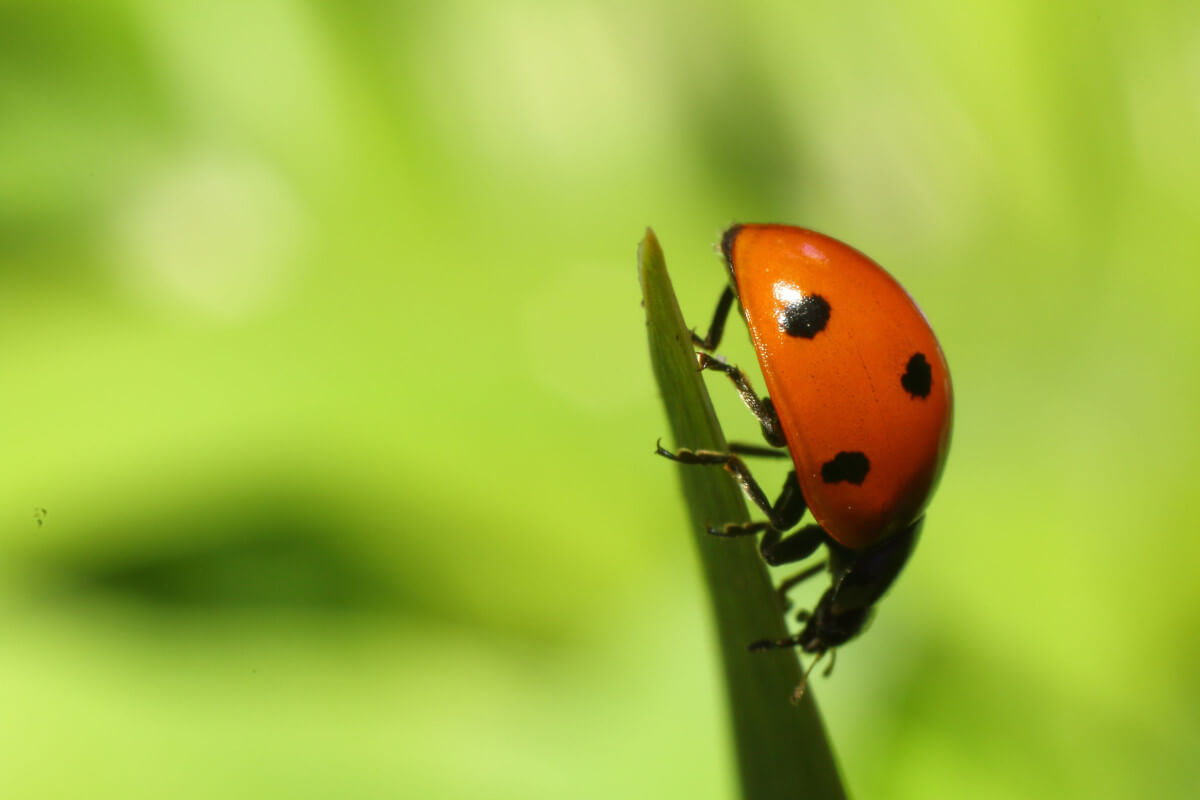 Have you ever found your dog munching on a bug and wondering why he’s doing that action?

Is it due to his hunger, or perhaps he’s just being a pest. Maybe it’s his curiosity on the moving creatures or there is more to that?

Let’s find out more about the different reasons why your furry friend eats bugs!

Your dog is eating bugs because the moving insect is arousing his curiosity. He finds the taste and texture of the bug to be appealing. He is hungry and is on the lookout for food. He feels bored and starts practicing his hunting instinct to ease his boredom. He is doing this act to get your attention back to him.

To Satisfy His Curiosity

We all know that dogs are scavengers, and they have a very well-developed sense of smell and hearing. They can detect their prey from quite a distance, and even sniff out their scent.

This special ability that they possess enables them to survive in the wild. Even when they are now adopted by people, this capability still remains with them.

This is why, when your dog smells the presence of a bug and is moving around, it triggers his curiosity and he will want to investigate it further.

And when he gets hold of it, he is likely to smell it before eating it. He may start to like the taste and texture of the bugs and that encourages him to repeat this “tasty” experience.

His Nutritional Needs Are Not Being Met

When a dog is undernourished, he will get hold of food that he believes to be nutritious for him.

This may result in him searching for food in the trash, eating table scraps, grass and dirt or even eating moving creatures such as bugs and ants that he thinks are food.

So it is important to ensure that your dog is fed a nutritious diet that should contain a lot of protein, fatty acids and vitamins and minerals.

If you have been feeding your dog with only dry kibble, you might want to consider adding some wet food or raw diet to his meal. This way, your dog will have all the nutrients that he needs and will grow better.

Dry food doesn’t provide enough nutrients to sustain your dog’s growth. It is also a good idea to offer your dog a supplement that contains vitamins and minerals that he needs for his well-being.

Depending on factors such as breed, age, size and metabolism level of your dog, you may need to make adjustments to the type of food and the quantity that your dog needs at various stages of his life.

If your dog belongs to a breed such as Labrador Retriever and Beagle who possesses a high metabolism, he will need a lot of calories in order to function effectively.

So it is vital to ensure that your dog’s food provides enough calories to keep him in peak condition.

A good diet is crucial for dogs as they are carnivores. They require protein and fat to grow and maintain a healthy body.

So you should feed your dog with food that contains all the necessary nutrients so that he does not suffer from malnutrition.

His Boredom Is Getting to Him

Dogs will do lots of weird acts when they are feeling bored. If there are no activities to ease their boredom, they will find their own entertainment.

And, nothing beats the thrill of chasing after moving animals, catching them and prey on them.

This hunting behavior is inevitable as they are simply doing what they used to do in the wild, and it is a natural instinct that is born in them.

This is especially so if your dog is a hunting breed such as German Shepherds and Retrievers.

To help your dog do away with his boredom, make sure you give him lots of opportunities (physical exercises and mental simulation) to release his pent-up energy.

Having said that, just remember, not to force him into doing things that he doesn’t like.

Here is how to help your dog let off his excessive energy:

1. Make sure that there are always toys to keep your dog company. They are not just for amusement but also to keep him busy. Your dog will naturally start playing with them when he feels restless.

2. Schedule playtime with your dog daily. You can play games such as flirt poles, tug of war and fetch with him. These games are physically exhausting and will help him to release his energy.

3. Take him out for a walk in the dog park every morning. Dogs like outdoor activities as they get the chance to explore their surroundings and socialize with other dogs. This will help to keep his energy in check.

4. Mentally stimulate his brain by making him play puzzle games or conduct some obedience training on him. This will keep him mentally tired, and he will be less interested in any chasing activities.

He’s Trying To Catch Your Attention

Dogs are smart animals, and they know the ways to get their owner’s attention if they have been neglecting them.

This goes for your dog as well.

If you have not been giving your dog the attention that he has been asking for, then he will start to display some behaviors that will get you to pay attention to him.

For instance, he will start to whine or jump on you persistently. Or performing some acts such as biting your shoes or bedding, eating ants or bugs to attract your attention.

He knows that when he eats something that you disallow, he will certainly get your attention back to him!

Dementia Is Affecting Him

Your dog is not in a good mental state to know what he is getting into his mouth. This is often the case when he is suffering from what is known as dementia, a mental disorder that usually happens in senior dogs.

Dementia is a disease that affects your dog’s cognition. Cognition is your dog’s mental ability to understand his environment and respond to change.

When he is suffering from this disorder, he will not be able to recognize his surroundings, things that are happening around him, what he used to love doing and the foods that he should be eating.

He may no longer be able to recognize you and might bite or attack you.

The symptoms of dementia usually start to show when your dog is around 7-10 years old.

To identify dementia symptoms, pay attention to any changes in your dog’s behavior, including aggression, anxiety, and loss of interest in his normal play activities.

Does he become easily startled by noises that used to be normal? Is he no longer interested in playing with you or behaving weird by staring at the air?

What you need to do is take him to a vet right away if you notice any of these changes. Though there is no cure for dementia, there are some treatments that can help your dog feel better.

What Can I Do To Stop My Dog From Eating Bugs?

As a caring pet owner, you will certainly not want your dog to have his mouth on something that he shouldn’t be eating. There is nothing more terrifying than seeing your dog eating a bug.

Luckily, there are steps to stop your dog from eating bugs. Here are some suggestions:

The best way to prevent your dog from eating bugs is to make him associate bad experiences with eating them.

When you see him eating bugs, you can say “NO!” or “Leave it!” command, show him your unhappiness and leave him alone.

This will make him learn that when he performs this act, BAD things will happen!

He will lose your love and make you angry.

He will then start to learn that his actions have consequences. And you will notice that he will stop doing those bad behaviors!

You see, your dog likes to please you and will avoid doing things that make you angry.

By consistently repeating this training, he will learn to associate the behavior of eating bugs with a negative outcome.

Keep in mind that any form of physical punishment such as hitting and beating should be refrained as that is not going to help in correcting your dog’s behavior.

In fact, it would damage your relationship with your dog and make him fearful of you.

Make Sure He Gets a Good Meal

Food plays a vital role in ensuring that your dog doesn’t go hungry or undernourished.

By making sure that your dog gets the right amount of food, you can prevent him from having to find other foods such as ants and bugs that are not ideal for his meal.

I would suggest that you plan his diet based on his age, size and metabolism level.

Dogs generally need at least 2 meals per day, once in the morning and another in the evening.

Of course, a senior dog (who is more than 10 years old) should be fed less than an adult dog and 1 1/2 cup of food should be sufficient.

This is because their metabolism is slowing down, and they will need fewer calories to maintain their weight.

For the type of food, I would suggest that you should let your dog have a raw food diet at least twice a week.

Dogs can absorb more nutrients from raw food diets and are able to go for longer on less food.

This makes them less likely to get hungry before their next mealtime.

Of course, the most ideal choice is to check with a vet or a nutritionist as they will be able to provide you with a list of foods that are safe and suitable for your dog’s well-being based on his breed, size and age.